Hot on the heels of the Captain America 2 trailer (which I talked up last week), another Marvel film property dropped their cinematic teaser this week. Fox’s X-Men: Days of Future Past trailer hit the webs today, leaving mutant fans everywhere to go… huh?

Look, the X-Men movies have never been a bastion of continuity. We know that. They’re quite messy at times. That being said, DOFP looks to take that messiness to a whole ‘nother level. There was old Wolverine with Magneto and the Professor inside some stain-glassed realm, getting ready to do some mind-jumping into young Wolvie. Just about every X-Man past or present will be in this film so unless it’s 2 1/2 hours long I’m confident it will be a clusterfuckian conflagration of characters. There will be a ton of teeny cameos as well, I’m sure.

And as far as villains go, there was nary a sentinel in sight! We know Peter Dinklage is Bolivar Trask, creator of the sentinels, but all I saw in action were some odd mutants (Morlocks? Blink?) and dudes with guns. It was thrilling. What’s the point of the trailer if I can’t see some giant robots kicking the hell out of something? But we’re going to be getting our fill of Michael Fassbender, which is never a bad thing. (Also, I’ve been developing a real thing for Jennifer Lawrence. Late to the party, but eff you.)

Also, there are some funky costumes in this. They look like they’re wearing black flight-suits. I guess that’s cool. Whatever. Bring on more mutants! I’ll see the crap out of this. Sorry about my rambliness, I’m always aflutter after a new comic movie trailer. (I’m not sorry.) 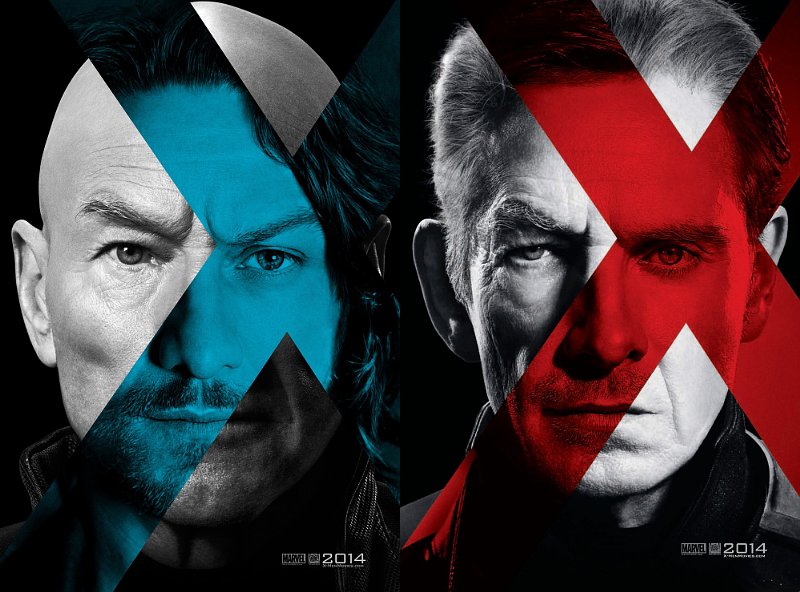