And another week in the NFL season is here! Week eight kicks off with an NFC South divisional match-up between the utterly dysfunctional Buccaneers and the inconsistent Panthers. With the horrid nature of these games in full force for 2013, I’m adding a new element to these TNF previews. “Why you should give a crap!” It should become the craze of the webs. (I’m shooting real high.) Let’s get to the football!

Carolina has been making a living of beating up on terrible teams this season. Their losses haven’t been too embarrassing (Seattle, at Buffalo, at Arizona), but their wins have been dominant (Giants, Vikings, Rams). The Bucs are another god awful team on their schedule, so I just assume they’ll kick the living crap out of them. Cam Newton may not explode on the stat line, but he and DeAngelo Williams may do some damage running the ball against the Buccaneer front. Carolina’s front seven is fantastic, making up for a secondary that is downright poor. The Panther defense is 5th in opposing passing yards and 4th in rushing yards. That’ll do.

Tampa’s issue has been that their mediocre (at best) offense can’t keep drives alive, which means their solid defense spends too much time on the field. The Bucs have Darelle Revis in their defensive secondary, but he’s been relegated to playing Tampa’s typical zone coverage. He’s best at man-to-man and everyone knows it, which has caused some complaints from a fan-base perturbed by their thuggish coach who surrounds himself with “Schiano Men” and kicked their supposed franchise quarterback out of town. Rookie Mike Glennon is under center these days, and while he’s improving, the offensive line is still in shambles. Carl Nicks, one of the best guards in the league when healthy, had to undergo surgery to eradicate a MRSA (staph) infection. Running back Doug Martin, a workhorse last season, was struggling in 2013, even before he tore his labrum last Sunday. He won’t be available Thursday night. That leaves Glennon with Vincent Jackson and… I don’t know. A questionable Mike Williams? I don’t like Tampa’s ability to look like a professional offense.

There could be rampant staph infections on the field (a very real issue at Tampa’s facilities), which of course will lead to the zombie apocalypse. And then we can all blame Greg Schiano.

Speaking of, does anyone else think he looks like Merle pre-Walking Dead? Like pre-haggard Merle, before things went to shit? (Late note: I clearly also mean to say they’re both insane, only Schiano won’t have some redeeming moment before his time comes to an end in Tampa.) 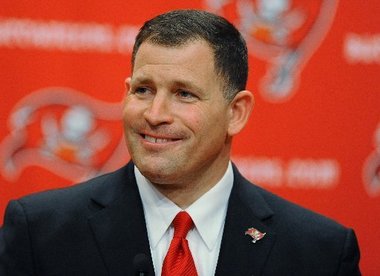 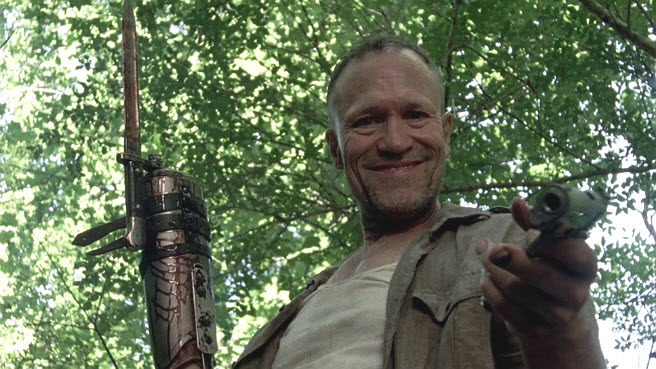 Your mind has been blown. You’re welcome. Now enjoy the pitiful excuse for football. I’ll be GLUED.