Battle alongside your brothers through the sewers, subways, and streets of NYC to take down Shredder and Krang’s evil organization, Foot by Foot. Unleash custom combat skills and powerful team combos to save Manhattan from the overwhelming dark forces growing in the shadows.

– Using the artwork of the current comic from IDW is a great start, visually speaking. SO many games are going back to the cell-shaded or animated look these days and it fits perfectly with a 2016 TMNT brawler.

– Platinum Games has a solid track record developing quality titles, from the Bayonetta series to Metal Gear Rising: Revengeance to The Wonderful 101 to Transformers: Devastation. They’re not a LOCK to make an awesome game, but you can likely trust them to make something fun at the very least.

– It’s been so long since we’ve have a turtles-based co-op beat ’em up. That’s a genre unto itself as far as I’m concerned. SO many days and nights of my childhood were spent playing as the reptilian heroes, shelling out justice. I’d like to relive those memories without finding an emulator or still-working Nintendo. And if it has the semblance of a story and half-decent voice-acting it appears to possess, then I’m even more inclined to pick it up.

– I’ve seen no word on pricing, but this doesn’t quite look like a $60 release. If it drops around that magic $20 price point, it’ll be a shelluva deal. 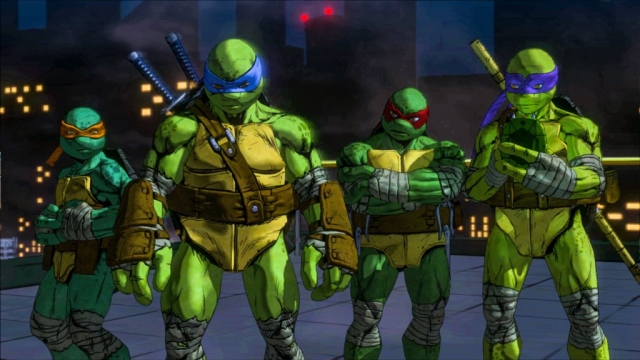