Week six in the NFL is going to bring us a mix of competitive action as well as double-digit blow-outs. Let’s check out the slate of games and kick-off The Opening Drive!

So… am I really going to waste more than one sentence on a game that features Thaddeus Lewis as a starting quarterback? 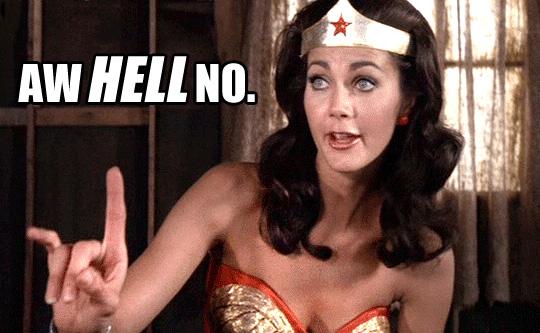 I’m so happy this exists.

This game is really all about the healthiness of Calvin Johnson, who will be active for the game. If he’s less than 100% (a certainty), how effective can he be against Joe Haden, one of the top corners in the game? But a partial Johnson means the Lions have to be better than their dismal output against Green Bay. Still, I would think the Browns are good enough to win at home… but Brandon Weeden scares me.

Oakland has a surprisingly decent record of beating the Chiefs at Arrowhead Stadium in recent seasons, but these Chiefs are a bit different. They’re like, good, and stuff. Their defense gives up the fewest points in the NFL and they’re going up against a team with three running backs listed as questionable. Chiefs. Word.

Matt Cassel will get the start for the Vikings, who have made Christian Ponder the back-up and are really just waiting for Josh Freeman to get a handle on the playbook. The Panthers are visiting, which means I really have no idea what this game will look like. On turf and with a personal vendetta against the world, I feel as if Adrian Peterson will absolutely wreck the Panthers’ solid front seven.

I can’t believe I’m going to say this… but the Jets should be favored by more than one point at home. The Steelers, despite some of their offensive output, have been terrible. Their defense can give Geno Smith plenty of trouble, but the same can be said about the Jet defenders versus Roethlisberger.

There is some crazy shit going on in Tampa, with three MSRA infections reported this season. As great as their run defense is, I can’t take a team with Mike Glennon at quarterback and staph infections running rampant like the T-virus. Eagles can score above 17, so they should pick up a much-needed win.

Eugene Monroe taking over at left tackle and Clay Matthews out after his thumb surgery means the Raven offensive line actually may have swing the advantage in their favor. That’s huge for a team that has managed to mis-use Ray Rice most of the year. Aaron Rodgers may get the shit kicked out of him by a defense that has the second most sacks in the NFL. Get ready for some Terrell Suggs shit-talking.

One mess of a team goes to Houston to take on a quarterback that has to be on constant bench-watch. If Matt Schaub struggles against a secondary that will be without Cortland Finnegan, he deserves to ride that bench, yo. Houston can and should rebound, if only for this week.

Ah, the legendary 28 point spread. The line actually moved to 26 after it opened, meaning there’s been some betting action on the Jaguars. There’ll be too much garbage time in the fourth quarter to risk it staying above four touchdowns.

This “Game of the Day” could end up being a beat-down, because Rob Gronkowski will miss his sixth game of the season. Even though they’re on the road, the Saints should be the better team and have the ability to put a significant amount of points on the board against a defense weak up the middle. I won’t go so crazy as to check the weather in New England, but if it’s troublesome the Patriots could stay close.

Catching up with the Seahawks got a wee bit easier with their loss last week. But the Cardinals are going to have a tough time stepping over San Francisco. I like Arizona’s defense, especially since the return of linebacker Daryl Washington. He gives them a physical presence they’ve sorely been missing. That being said, ‘Frisco is a better team playing at home. They should take care of business that involves beating a team with Carson Palmer at quarterback.

Hey… an NFC East match-up on Sunday Night Football. That’s NEVER HAPPENED BEFORE IN THE HISTORY OF EVER. I’m sorry, I’m just annoyed at the NFL and NBC’s bias towards a division that just produces drama when it plays itself. (Aside from that crazy Dallas-Denver game last week.) After the way we just saw Dallas tear through the Bronco defense, does anyone have any doubt they can put up 40 on Washington? I’m all over Dallas at home.

I like the Colts, I do. I think they’re hard-nosed, willing to get dirty in the trenches, and have one of the clutch-iest young quarterbacks in the game. BUT, on the road they’re bound to have a slip-up at some point. I’m not saying they’ll win, but the Chargers have to be the “Trap of the Week.” (Even though they’re favored. I’m not sure about that line.)

And The Opening Drive is finished! I really thought about Bills over Bengals for my “Trap of the Week.” Then I woke up from fantasy-land. Enjoy your football Sunday folks.