So the (Music) Video Store needed some new arrivals, and wouldn’t you know, two of my favorite pop artists have recent entries to consider!

It you haven’t heard “Timber” yet, the song itself is catchy as hell, as evident by its tear up top 20 pop countdowns everywhere. This video is standard fun times on beaches and in bars, with Ke$ha high-stepping in a cowgirl bartender get-up as well on a farm in a… whatever that outfit looks like. Bikini gypsy? Whatever it is, it works. It also features Pitbull and his patented “One Handed-Fist Dance” alongside a olive-skinned beauty. He also looks at some sharks. While on a boat. I can’t make this shit up.

Why do we think Ke$ha’s ugly again? Someone needs to help me out with this one. Yeah, the creepy long fingernails are, well, creepy. Other than that, she’s just a cute blonde with an interesting array of accessories (including makeup and hair color). We as a society need to be able to differentiate between “She’s ugly” and “I don’t agree with her wardrobe choices.” I mean, I think it’s a fake trashy. I’ll say it, I think she’s hot. (I also hope the rehab stint for her eating disorder goes smoothly.) 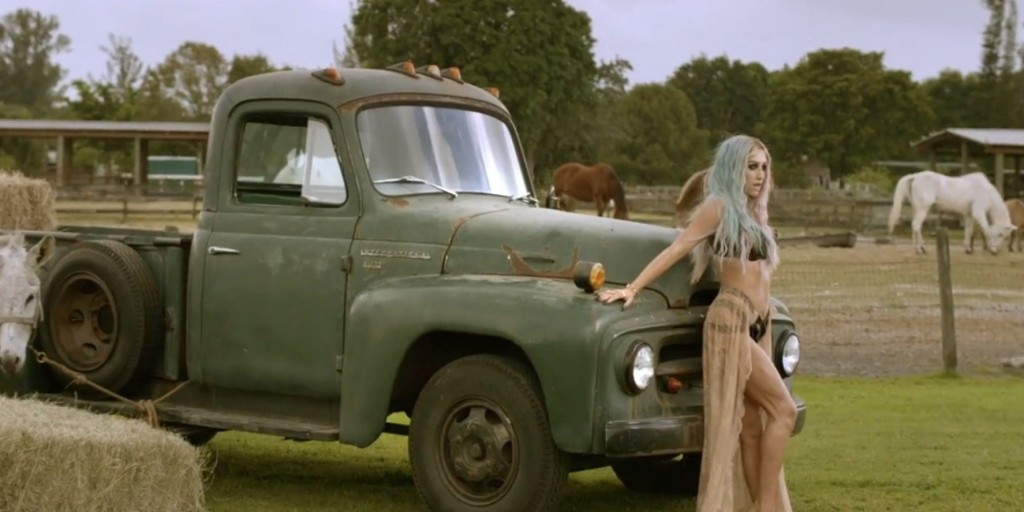 But yeah. “Bikini gypsy” on a farm?

Finally, does anyone else think it’s strange for the music video of a duet to never feature said duet together? Watch the video again. Pitbull and Ke$ha are never in the same shot. The ‘Bull gets to shoot on an island while Ke$ha shoots in a country bar. It’s off-putting. At least it paid off at the AMA’s, where they actually shared the stage. Ya know, like a duo would do. I’m not saying their lack of screen time ruins the video though. I don’t need to see the ‘Bull all grindin’ on Ke$ha. (Does anyone?)

*Note, I live close enough to a friend that I can drive over to her apartment in under one play of “Timber.” Well, if I don’t drive like a defensive old lady and there isn’t any traffic, that is. But still, good to know.

As I called back in my review of Katy’s album PRISM, “Unconditionally” is the second single off the album*, a love ballad of the highest degree. I don’t know why it’s relevant to mention my accurate prognostication, other than to say I know how to market that Katy Perry lady. (I get her, she gets me. It’s mutual.)

*Editor’s note: I originally wrote here that I predicted “Unconditionally” would be the second single. While I did write in the review that I figured it would be a single, it was actually the track “Ghosts” I guessed would be second or third in the releasing. I know you’re all appalled at my mistake.

As far as the music video translation of this song goes? I have no goddamn clue what’s happening. Victorian-era house parties during winter supplemented with ethereal bed fires and aviary loosenings? Yeah, she has an owl at some point. And then it flies away. Deep stuff. There’s also interesting choreopgraphy, an out-of-place kid, and chair-kicking.

…And did I mention Katy is hit by a car? But of course, her love is super strong or something, so the car crumples as though it’s hit a brick wall. This video is way more bat-shit than I was expecting it to be.  While pretty, I don’t think it’s very good. Sorry Katy.

I SAID I WAS SORRY!

This post was heavily delayed in posting, thanks to all the NFL Playoff news and notes, so if you’ve got videos you want me to check out, post them in the comments below! Or shoot me a message at the email to the right. Otherwise, enjoy watching the shiny things during your stay.