I wanted to branch out here in the Mostly Average Video Store. No longer will I just discuss videos of artists with high-pitched lady voices that I enjoy personally. Today, I’ll be venturing into the unknown by covering an artist with a high-pitched lady voice that I don’t enjoy personally. Ladies and gentlemen, I give you Maroon 5. Here’s the video for their new-ish single, “Maps.”

-DA. FUQ. It’s like there wasn’t enough evidence in the world to confirm that Adam Levine is a raging douchebag, he has to go and make a video that basically CONFIRMS it? So he brings his girlfriend to what is clearly a sketchy party because I’ve never been to a party where blow is cut into lines on the living room table. I mean, please. Save that shit for the dresser in the master bedroom.

I know. Now get off my coke lines.

…But wait! There’s more! Levine then goes on to drink several beers (I can tell because they always cut to a new shot of him downing “the last” of yet another drink), and then proceeds to let a new lady get all handsy on him. She drunkenly goes in for a smooch, and Levine is all about just “letting that happen.” Non-descript girlfriend then walks in on it (of course), and then leaves in anger. Instead of FOLLOWING said girlfriend/love of life, Levine stays at said coked-up party? “Sorry for kissing that girl, babe, but I gotta stay here because RAGER.” 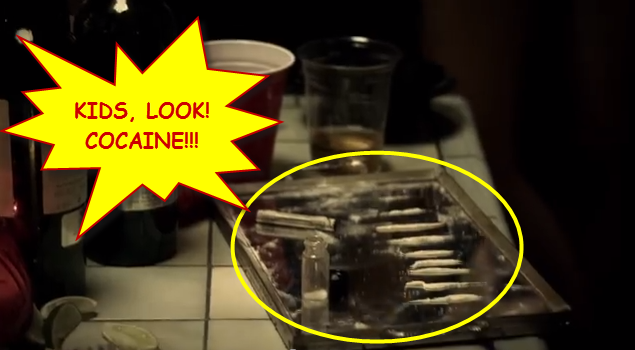 -He also parks right in front of that hospital after ignoring all sorts of traffic laws. Like a douchebag. Look buddy, I know your girlfriend is in the hospital because your jackass self didn’t leave the party with her (because that makes sense, right), but that doesn’t mean you gotta block ambulances from getting through and cut people off in traffic. WHAT A DICK.

-And in case you didn’t notice, his girlfriend is the best. She gives him a quirky fashion show even when he’s being a douchey sports-watching couch fuck. “Sorry babe, I know you’re in your hot underwear and all, but the GAME is on!” I’ve never said this to a woman. Ever. #Priorities

-All in all, it’s another Maroon 5 song that sounds similar to all their others, but still has catchy-ass hooks. Unfortunately the video is jarring in so many ways, like Adam Levine’s rampant douchery. It’s not overly original in its concept though. “Singer drives angrily/fast through the night on way to find their lover.” I’m meh. 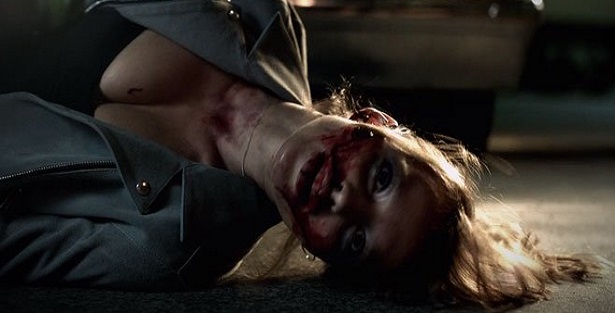 Next time we’ll have some lighter fare, as I dive into Taylor Swift’s “Shake It Off!”

If you want some snark on your favorite music video, or want to alert us to some crazy one you’ve witness, email, tweet, or leave a comment!