I LOVE shark movies. Like, obsessively so. I will watch utter dreck and be delighted to do so if there’s a cool shark involved. Something about the mystery and sheer danger of being in the ocean with the ultimate predator gets me excited to no end. Most shark movies are just popcorn vehicles, but every now and again we are graced with a truly worthy entry. When I saw the first trailer for The Shallows, I was cautiously excited. Would this shark thriller be a… *gulp*… good movie? Now that the second trailer has been released, we can make more of an assumption on that front. Let’s watch it together and viciously judge!

– Okay, this is NOT the movie I thought I’d get after seeing the first teaser trailer. Let’s watch that one for comparison’s sake.

SEE? I thought I was going to get a taut, suspenseful thriller in the vein of Open Water, where a stranded and alone Blake has to endure intense scenes of emotional, mental, and physical struggle as she constantly fights for survival. Instead, I’m getting an quasi- action movie more along the lines of Deep Blue Sea where she shoots a flare fun after uttering “uh uh” and a CGI shark breaches the surface and bites a dude in half. Still entertaining, but a very different movie, if you feel me. That’s not an uncommon happening with trailers, but it’s a little disappointing.

– I won’t deny that Blake Lively in a bikini / wetsuit / anything is a valid reason for me to watch anything. I mean, dear god man, I’m only human!

I’m seeing this movie. Maybe even in theaters. See you there?

The Shallows is scheduled for release this summer. 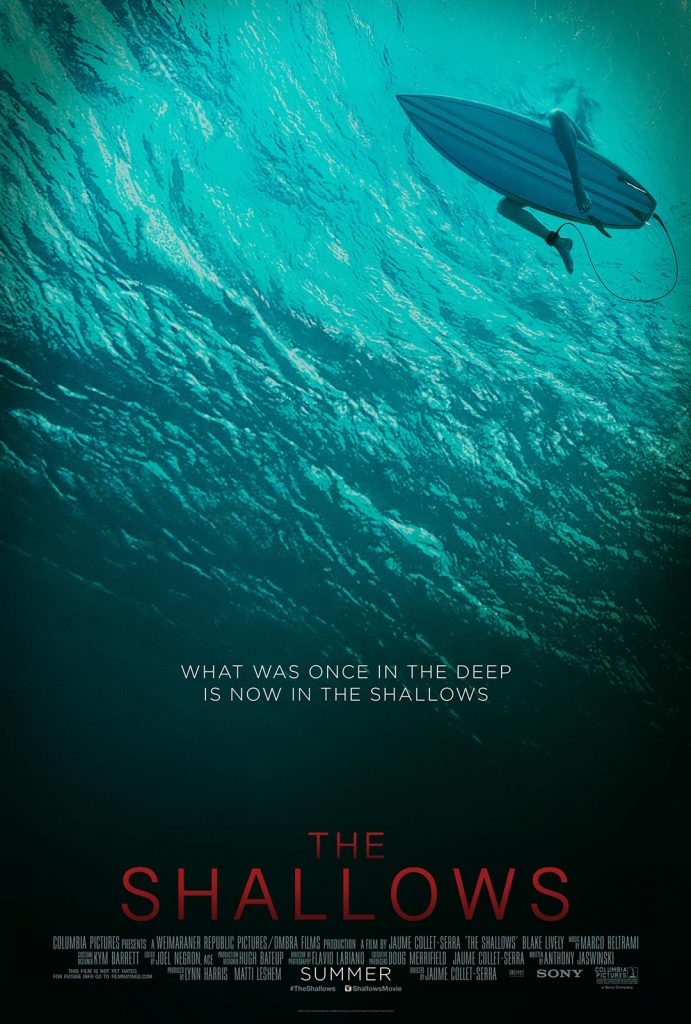