I’m admittedly behind when it come to DC’s animated universe. It’s hard to keep up with every new installment. Despite my fan failure, they’ve done such a great job of consistently releasing high-end offerings that successfully adapt iconic storylines from their company’s history. When they pulled off a near pitch-perfect animated version of The Dark Knight Returns, I knew they could do anything they put their mind to. That should give anyone hope for their upcoming release of The Killing Joke. If that’s not enough for you to go on, the trailer is here too.

– The first thing you’ll notice in that trailer is that this boy is rated R. And that’s really how it needed to play out without stripping a lot of the original source material’s heaviness. We’ve heard that Barbara’s treatment will be treated slightly lighter, but as the trailer shows it won’t exactly be Joker-themed puppies and rainbows.

– Tackling such a pivotal and dramatic Batman story requires the voice talent to pull it off, and DC has gone back to what brought them to the dance enlisting Kevin Conroy (who practically is Batman) and getting Mark Hamill out of Joker-retirement to voice this feature. That pairing along is worth the price of the Blu-Ray.

– I’ll go on record now and say that I wasn’t a huge fan of Alan Moore’s The Killing Joke when I finally got around to reading it. I didn’t think it was bad, just not what the hype demanded of it. I had issues with the final few pages as well. That being said, this should be a home run from DC Animated. It’ll translate to this medium extremely well.

The Killing Joke currently does not have a release date. 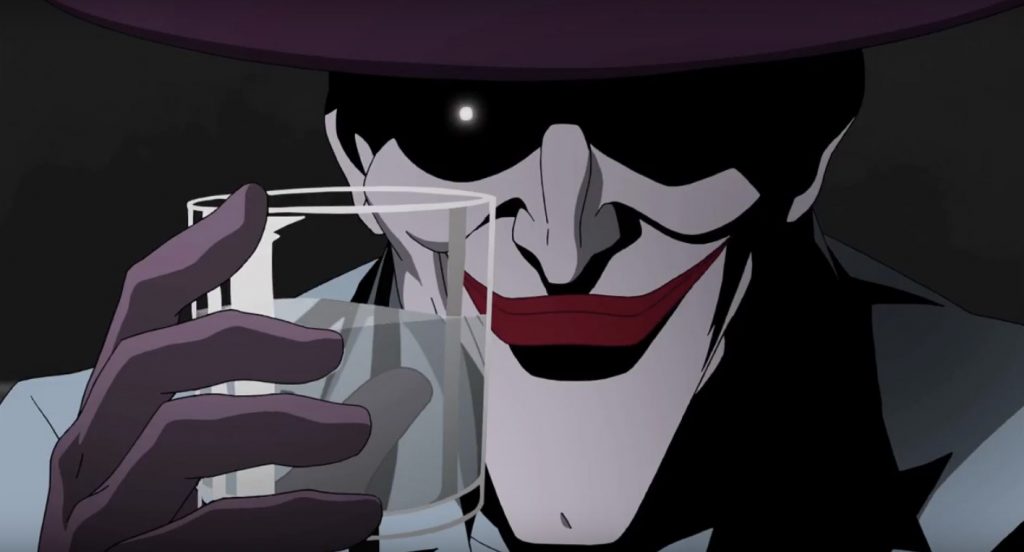 Here’s to your nightmares.