It’s been nine years since the release of Sin City, a film that is almost unquestionably the most faithful adaptation of any graphic novel. Its sequel, Sin City: A Dame to Kill For, has been in development limbo for most of that time, but now we finally have a trailer and a release date for the long-anticipated sequel. Let’s watch the black and white together, shall we?

Yummy. Let’s dive on in.

-Gee, Jessica Alba looks terrible after having that baby. 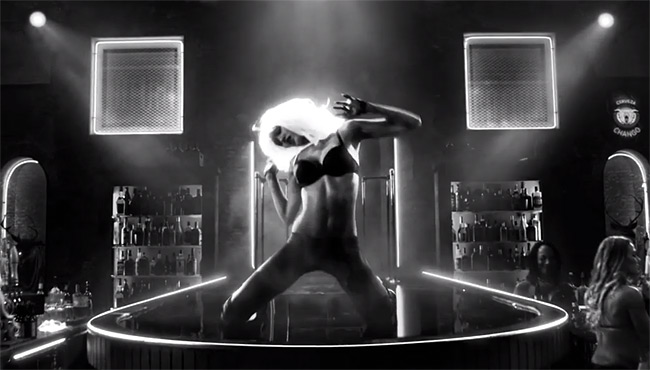 I almost used a sarcasm GIF, but then I wouldn’t have used THIS PICTURE.

I’m into the idea of picking up where she left off after Hartigan’s death in Sin City. She’s ready to impart some justice, Sin City-style.

-For those of you that haven’t read all of the graphic novels (I own, but haven’t gotten through them all), Josh Brolin will be played Dwight, pre-surgery. Post-surgery Dwight appears in the first flick, played by Clive Owen. (It makes sense. For sure.)

-Hey, we’re getting a little JGL action in this movie! God, is there anything that guy doesn’t do? I mean, don’t get me wrong, I’m a huge fan. He just seems like he’s ALWAYS doing something. Like every second. Of every day. Back to the trailer!

-Eva Green is in a Sin City movie. Between this and the 300 sequel (which I still have yet to see), she’s vaulting up my list. And the good thing is she barely needs makeup or color reduction. She’s pretty pale already. Also, she seems a bit naked in this trailer.

-Let’s all applaud the fact that Mickey Rourke is back and working again. Marv is one of his best characters and I can’t argue with seeing more of his take on the big brute.

-I just realized how much I miss the original. The over-the-top characters, stylized violence, and sheer gorgeousity (whoah, spell check did NOTHING on that word) are entertaining as hell. I should finish this post so I can watch it.

-The flick takes its plot from the A Dame to Kill For graphic novel, as well as the short story “Just Another Saturday night,” which is found in book five, Booze, Broads, & Bullets. The other components are original stories from the comic’s writer Frank Miller, who is one of the directors along with Robert Rodriguez.

-This short teaser didn’t even have time to show Lady Gaga, who undoubtedly fits perfectly into this world. She doesn’t even need to change her name.

–AND POWERS BOOTHE is back? This movie can’t go wrong. 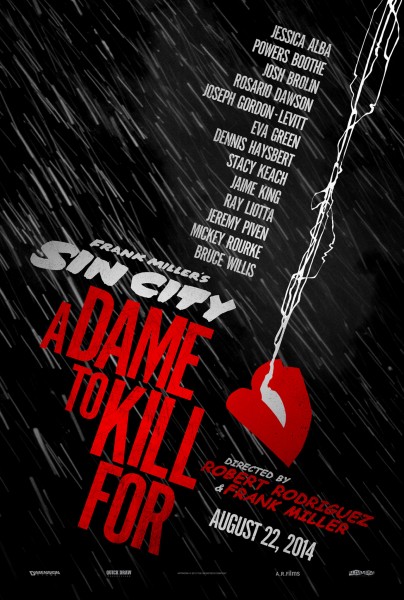 What did you think of the trailer? Are you ready for a return to Sin City? Leave your thoughts below!