There’s room in everyone’s lives for ridiculous and over-the-top popcorn flicks. The trailer for Gods of Egypt has rekindled that flame of insanity in me. But don’t take my word for it, just watch this trailer. It’s… I… There are no words.

– Watch it again. Honestly. Just click play one more time. Then we can move on.

Was that just as good for you the second time around as it was for me? Yeah? Awesome, then keep reading. (If you didn’t like it the first OR second time, you can just GET OUT.)

– First off, let’s just get the obvious and most commented on facet of this movie out of the way: good god this is white-washed as hell. It’s a story about EGYPTIANS and all the male leads I see are Scottish (Gerard Butler), Australian (Brenton Thwaites) and Danish (Nikolaj Casteruhhh… Jamie Lannister.) It also features Geoffrey Rush (Australian) and Rufus Sewell (English) as fellow Egyptian gods. So yeah, it’s pretty shitty and there’s really no arguing that point.

– That being said and acknowledged, this movie has all the trappings of a terrible period epic spectacle. It pointlessly over-uses crappy CGI. There are shots of EPIC ARMIES STANDING AROUND. ANCIENT BOOBY TRAPS. A BARELY ACKNOWLEDGED FEMALE PARTICIPANT. MONSTER-RIDING!

Did anyone else just pee themselves at the prospect of picking this up for $2.99 from the Best Buy clearance bin three months after it hits shelves? No? Just me?

– I do enjoy Nikolaj getting his turn in “blockbuster” movies. He’s a handsome man that can actually act, so he deserves to get those paycheck roles too. Maybe for roles he actually fits… but hey, rich actors can’t be choosers. I’m pretty sure that’s how the saying goes. Plus, he gets to lose his eyes for a while! Playing a blind god? Can you say OSCAR BUZZ?

I’m so ready for this movie… to be shown on cable at some point and watched later off my DVR. 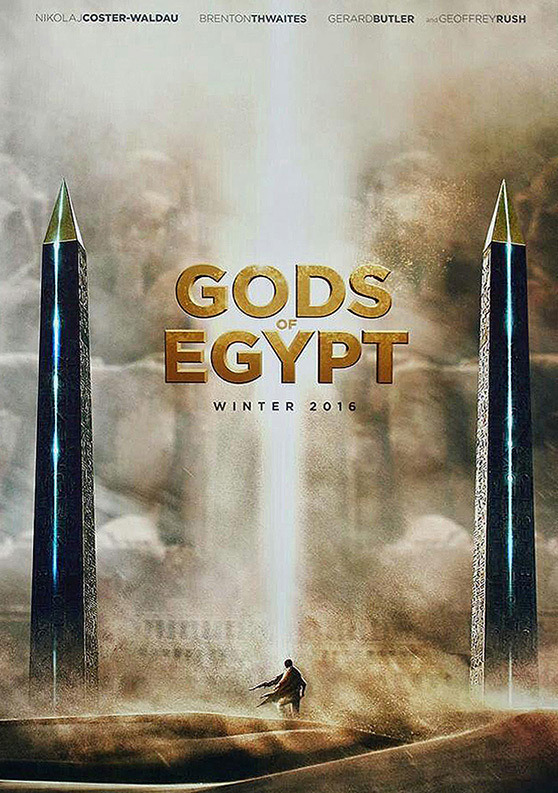 Gods of Egypt: White Men Rule is scheduled for release on February 26th, 2016.