The sixth week of the NFL season is complete. We were treated with last-second comeback wins, a fall of an undefeated, and a complete mess in Houston. The Final Drive runs through it all, right now!

Well, Thaddeus Maximus Gaius Lewis made this game much more interesting than it ought have been. (That might be his name now.) The Bengals should be disappointed that their vaunted defense gave up 24 points to such an inexperienced quarterback. But they’re 4-2 and in first place. Can’t complain too much… unless it’s about the uncanny ability of linebacker Vontaze Burfict to draw personal foul flags. Three in one game? 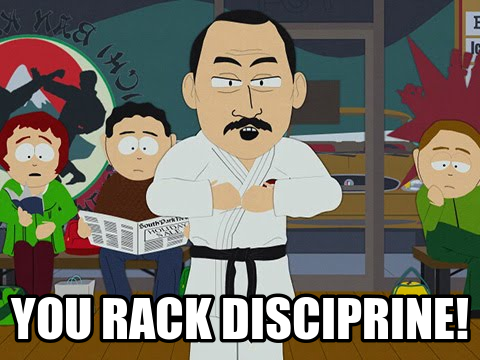 This interception from Brandon Weeden is just about the worst throw I’ve ever seen from an NFL quarterback. But if Brett Favre had done it, we would have praised him for “how much fun he had playing the game.”

Sorry, were you expecting me to to talk about this game? Sorry. It’s the Browns and Lions. No mas.

So the score was fairly close for most of the afternoon, until the Chief defense kicked into overdrive and made life a living hell for Terrell Pryor behind a shaky offensive line. This game had it all: crappy offenses, ten sacks from the Chiefs, and a 3rd and 48! (Also some noise-record setting. Like I care.) Kansas City still has a sub-par offense, but their defense alone could get them to a 13-3 record. (Their schedule seems easy as pie.)

That one week where Matt Cassel looked like a competent NFL starting quarterback? Yeah, it ain’t that week anymore. He threw two interceptions and was sacked three times by the Carolina defense, which did a phenomenal job locking up an emotional Adrian Peterson. If Carolina could ever be consistent, they might be scary.

The Steelers finally pick up a win! Let us rejoice in their not complete absymal-itude! To be fair, Pittsburgh didn’t do anything overly impressive on Sunday. They rattled a rookie quarterback who is known to make mistakes. The Steelers controlled the clock with their passing game, because they still had trouble running the ball. It worked against the Jets, but 19 points won’t cut it against a legitimate offense.

Philly’s offense is racking up the yards and seems less mistake-prone with Foles at the helm as opposed to Michael Vick, but they’re not my care here. Let’s start making bets. When will Greg Schiano be fired? Their upcoming schedule is not impossibly difficult (Atlanta, Carolina, Seattle), but they could lose all three games easily. The talent isn’t the issue in Tampa (aside from the still-developing quarterback). Schiano seems incapable of producing plays/schemes that put his players in the best position to win. He expects them to bend to his immaculate will and become “Schiano Men,” whatever the hell that means. If they go 1-7, I fully expect him to be fired.

It was a gutsy win for the Packers, who are losing play-makers left and right. Linebacker Nick Perry broke his foot during this game. James Jones sprained his PCL. And Randall Cobb fractured his effing fibula, so the Pack have placed him on IR with the Designation to Return. Yeesh. Tough time to be a Cheese-head. But hey, they’re at 3-2 and not too far off the division pace. Onto Baltimore! I have to say, this Raven defense had come together a lot faster than I had anticipated. This game is a little bit of a departure from that trend. Aside from giving up 120 yards to Eddie Lacy, they also let Aaron Rodgers (whom they harassed quite a bit) throw for over 300 yards on them. The defense is formidable, but they can’t overcome an offense that can’t even put up 20 points against the Packers without Clay Matthews.

This Texan team. What is happening here? The injury to Matt Schaub (publicized because of the asshole reaction of drunken Houston fans) could have forced what was going to happen all along: the demotion of Schaub out of the starting line-up. Problem is, T.J. Yates probably isn’t coming in to save the day. The Texans are in for a long season. And the Rams are somehow 3-3. Go figure.

So it wasn’t a 28 point blow-out. Whatever. It looked like the Broncos had an off-day and they still put it on the Jaguars, who really did show up to play with a chip on their shoulder. But they still got pwned. Moving right along…

Well I’ll give the Titans this: they make you play ugly. Their defense will keep them in games and prevent you from even thinking about blowing them out. Seattle is a good, if not great team. They need to keep finding ways to win with their offensive in such dire straits. Once Percy Harvin comes back the Seahawks will be more explosive on offense, but that won’t help protect Russell Wilson all that much.

Get ready for it…

The Saint defense forced the Patriots into a turnover on downs and an interception on two of their three last possessions, only to see the New Orleans offense become an inefficient vomit-monster. (I hope that made someone laugh.) Unable to control the clock by running the ball for more than 2 yards at a time, Sean Payton was forced to punt the ball ONCE AGAIN to Tom Brady. And Brady was masterful on that final drive, with a few absolute laser beams to precise pass-catching locations. This win puts them in prime position in their division and conference while Rob Gronkowski hopefully gets healthy. 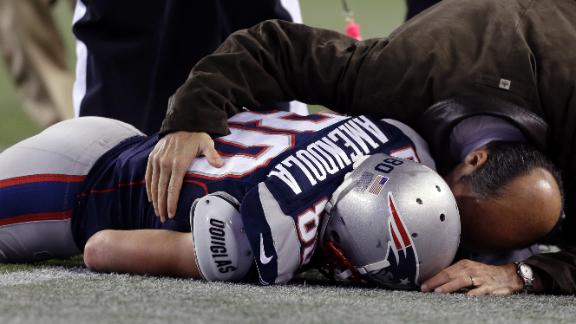 This was frightening. And surely a concussion.

And we can all rest easy knowing that Danny Amendola was going to be exactly what we all thought he would be. Which is an excellent Welker clone that can’t stay on the field. Bill Belichick won’t be resting easy over the hip flexor injury to Aquib Talib, either. His coverage of Jimmy Graham is the reason the Patriots won this game.

This contest was actually way closer than the score would indicate. Arizona’s four turnovers proved to be the real difference, as well as Bruce Arians’ stubborn unwillingness to start Andre Ellington instead of Rashard “3.4 yards a carry” Mendenhall. The NFC West has no team worse than 3-3. The hell?

Is Tony Romo clutch again? Did he manage to quiet all the nonsensical haters? This game establishes the thought we’ve had in our heads for a few weeks: the Cowboys can win this division with an 8-8 or 9-7 record. Their only real competition is the Eagles. If Washington can’t run the ball effectively, their read-option offense doesn’t scare anyone. Even without DeMarcus Ware (who could miss four weeks), the Cowboy defense held up and shut down Washington for most of the night.

And let us not ignore the oddity that was two coaches being flagged, one on the Washington Special Teams Coordinator for stepping too far out on the field during a play (coaches aren’t allowed to be on the white) and the other for yelling at the refs like an old curmudgeon (looking at you Rod Marinelli). While the first is just idiotic, the second is rare, With all the verbal abuse the refs take from coaches like Jim Harbaugh, you’d think we’d see them more often. I’m just going to thank Deadspin right now for their collection of GIFS they manage to scrounge up, because this one in particular perfectly captures the essence of Phil Rivers.

He’s not making this shit up guys. He really is this “fiery.” Also, he’s not only a leader of men but a leader of children as well! His wife is expecting child number seven. (Let that sink in.) Anyways, back to the game. The Charger defense came through and shut down the Colt offense, giving up only 267 total yards. I still like the Colts, but they’re not good enough to overlook teams and still get a road win.

And I’m out! I’ll be back later in the week with a preview Thursday Night Football! Until then, rest up my football brethren!