When you consider how exciting some of these games were, it’s not a surprise that four of the worst teams in the league had byes this week. (Minnesota, Pittsburgh, Tampa Bay, Washington.) We had quality action in almost every game, and we had an extra game Sunday night? What more could you have wanted? The last piece of the puzzle is The Final Drive!

As soon as Cleveland had something to be excited about in regards to their football team, Brian Hoyer manages to go down for the year with an ACL tear. Now, they did knock E.J. Manuel out of the game with a sprained LCL, which evened things out a bit. Brandon Weeden came in and wasn’t atrocious, making enough plays for the Browns to get to 3-2 and a small share of first place in the AFC North. They might not be able to say that for the rest of the season, so hold on tight Browns fans.

So the Patriot offense played in a monsoon on Sunday. As one might expect, they didn’t put up a ton of points. But the Bengal front seven really dominated throughout most of this game. New England’s defense was performing admirably without Vince Wilfork… until DT Tommy Kelly went down with what is still an undisclosed knee injury. Even with a win though, Cincy needs to examine the long-term legitimacy of Andy Dalton at quarterback. I’m not sayin’, I’m just sayin’.

One of the key storylines coming out of this game was the broken thumb of Clay Matthews. The stand-out linebacker/pass rusher underwent surgery, which means he’ll miss at least the next four games. That’s a tough blow for a team that just got healthy after its bye week and was gearing up for a run. And let us all see how terrible the Detroit offensive is without Calvin Johnson. LOOK AT IT.

Hey guess what? Ryan Fitzpatrick committed a turnover at the worst possible moment! SURPRISE! Wait, I’m not surprised at all. This is how he rolls. The Titans can’t play their type of game with Fitzpatrick making these kinds of mistakes. They’re going to go from a nice surprise to an afterthought.

These effing Colts! How do they keep winning these games??? Uh… they’re pretty good, that’s how. Seattle was pretty terrible on third down, in spite of the success of Russell Wilson and Marshawn Lynch in the running game. The Colts hung around with a stingy defense and key plays on defense and special teams. Now they’re in the driver’s seat in the AFC North. No regression yet, huh?

So the Jags traded left tackle Eugene Monroe last week. This meant second-overall pick Luke Joeckel would move from right tackle to left, taking his rightful place. Well, during this game Joeckel fractured his ankle, meaning he’s out for the remainder of the season. Blaine Gabbert will miss next week’s annihilation versus the Broncos with a hamstring injury. And somehow the dreadful Rams covered the spread. I just don’t understand how the Jags are that bad. 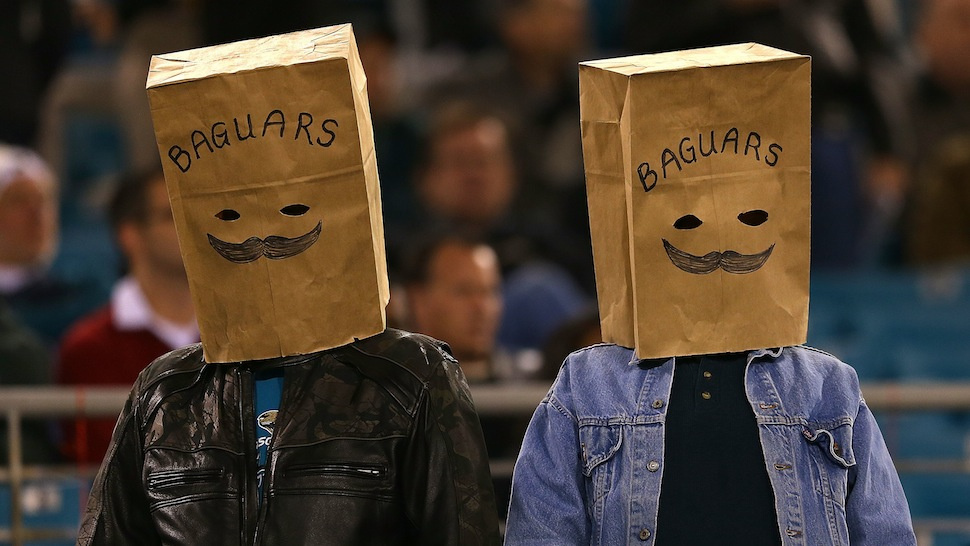 Miami failed to rebound after falling to the Saints last week, meaning they didn’t keep pace with the Patriots. These teams are very similar in that they have good to great defenses paired with offenses that are inconsistent and have offensive line issues. The Ravens will get better when they put Eugene Monroe in the starting line-up, but the Dolphins don’t have an immediate answer on their roster. Ryan Tannehill will continue to get sacked at an extraordinary rate.

The Giants are a fumbling mess.

What a well-placed GIF that is.

They strolled into a divisional game in the NFC East, where every shitty team is still in the title hunt. They managed to get torn apart on the ground by Michael Vick, who was expectedly injured and gave way to Nick Foles. Foles then proceeded to shred the Giants through the air. The Giants are in Chicago Thursday night, and if they exit that game 0-6, somethin’ gonna give y’all.

How did Carolina manage to suck THAT bad? The Cardinals have a solid enough defense, but Carson Palmer has been ungodly mediocre. I’m starting to wonder how long Ron Rivera is going to last this season. (Hint: not long.)

This game was crazy. And SO much fun to watch. But I’m betting it was heart-breaking for Cowboy fans. For anyone ripping on Tony Romo, GO EFF OFF. You’re clearly just hating. This guy put up over 500 yards and thre five touchdowns on the way to a 48 point performance. And he lost. Not because of an ill-timed interception (which Manning had as well), but because his defense couldn’t stop a goddamn thing. The Broncos had the ball last, and they won. It’s kinda that simple.

Matty Schaub threw a pick-six on the very first play of the game, his fourth boomerang in as many games. His soul was immediately crushed, as evident in this GIF.

All of these Houston miscues cleverly disguised the face that Colin Kaepernick had an atrocious night. But hey, he didn’t toss three picks, so all’s good. Soon the Niners will start getting their play-makers back and healthy, so they have still yet to peak this season. The Texans may not even make the playoffs at this point.

Well lookee here! This is an Oakland team that sometimes wants to play football. Even without Darren McFadden, this team proved it could move the ball with Terrelle Pryor at quarterback. (Which is why they decided to release Matt Flynn I reckon.) Pryor has steadily improved form week to week, which may earn him the starting job come next season. (If he continues his progress, of course.) San Diego’s defense is mighty suspect, so these Philip Rivers “heroics” may not matter much longer.

I… wha… who… fuck. Well the Falcons aren’t making the playoffs. I’m just gonna call it right here. The Jets may not be as bad as I thought they were going to be, but Atlanta’s a choking mess. And with the news that Julio Jones broke the screw in his foot (there from a prior surgery), Matt Ryan won’t have enough weapons on an offense that has struggled to run the ball. (And rumors of a Tony Gonzalez trade? Bonkers.)

And there we go. Sorry for the delays, but there were doggies to be met and carried about the house. Be back tomorrow for the Gameday Preview of Giants vs. Bears!