We had another crazy weekend of action in the NFL, made even more so by our two win-less teams breaking their losing streak! Ahh parity. It tastes good. Let’s run through all of the action that made week ten in the NFL memorable. (Or in some cases, forgettable.)

I’m not sure what was going on with Washington Thursday night. They pound the rock with Alfred Morris on the first half and take a ten point lead going into halftime. Then they come out and abandon the run, letting him carry it only nine times in the second half? Meanwhile Christian Ponder and Adrian Peterson rally the Vikings offense, nabbing their first win of the season not in London. At 3-6, the Offensive Names are in trouble. And they won’t reel off seven straight wins like in 2012.

Well that was a “Trap of the Week” that failed to spring. Atlanta crapped all over the bed in front of their fans, struggling to moved the ball. 226 yards of offense? Yeesh. Where’s all of Matt Ryan’s help? Oh wait, HE DOESN’T HAVE ANY. And Tony Gonzalez suffering a toe injury only makes things worse. For Seattle, they batter a weak opponent and pick up another win while their missing offensive linemen hopefully get healthy.

Seneca Wallace’s groin injury gave way to… Scott Tolzien. Yep. And with Aaron Rodgers and Wallace out for some time, the Packers signed Matt Flynn to return and become the back-up. (And eventual starter if Rodgers doesn’t come back soon and Tolzien sucks hard like I think he will.) Philly’s offense has regained its early season form, partnering with a defense that isn’t a complete mess anymore (at least against the run). 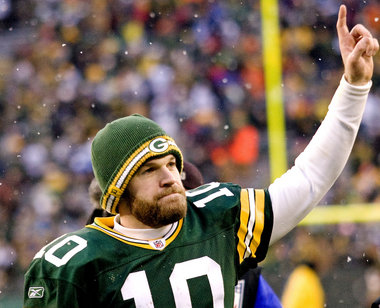 “And I’ll sign for just ONE million dollars!” This guy.

AND THEY HAVE A WIN! Every Jags fan can now rest easy knowing the 2008 Lions won’t be popping any champagne as the result of being joined in the NFL’s terrible lore. I seriously forgot Chad Henne was still the Jaguar quarterback. The Titans should be embarrassed, as they clearly looked past their divisional foe. Jake Locker sustained a Lisfranc fracture to his foot, so he’s done for the season. Someone isn’t making the playoffs with Ryan Fitzpatrick as their quarterback. Just sayin’.

THAT is was we all thought Tavon Austin would do in the NFL. So it took ten games to get him there, no big whoop. He caught two passes for 138 yards and two touchdowns to go along with his 172 return yards and score off a punt return. That’s a lot of offense from one guy. And the Colts were helpless to stop him. It didn’t help matters that Andrew Luck tossed three interceptions on a day when his team only ran the ball 14 times for 18 yards. (Luck was the leading rusher.) This is how you get your butt handed to you. Thanks for the lesson Indy.

Don’t look now, but the New York Giants have won three consecutive games. Every Giant fan scream a muddled obscenity in jubilation! Don’t ask me how the Giants’ passing game is more atrocious than their running game, but it is. Remember when they were churning through crappy running backs? Yeah. Now they can barely throw the ball. It’s always gotta be something with these G-Men. And Oakland, despite their fortitude, has borne the brunt of too many injuries to make a sincere attempt at the postseason.

Okay, well the Bills are officially not relevant this season. I’ve decided. And the Steelers are so steeped in mediocrity that reports surfaced proffering the possibility of a Roethlisberger trade. Big Ben is close to needing an extension, which means his already large cap number for next season could get even larger. That would handicap a team (Pittsburgh) that will be scrapped for cap space. The idea is that the Steelers’ organization leaked the “trade” rumors in order to perhaps build up a market for Ben in the offseason. Does it happen? I’m not sure. But it will be hella-fun to talk about.

Man, was that an ending! Cincy successfully tossed the Hail Mary thanks to James Ihedigbo’s volleyball setting…

But the Bengals failed to win the game in overtime, despite a ballsy fourth down call from Marvin Lewis. The Bengals committed three turnovers and 134 yards in penalties, which would have sucked if they hadn’t also held the Ravens to 189 yards of total offense and forced three turnovers of their own. It was an ugly AFC North game. Rinse, repeat.

This is a quality win for the Panthers. There’s no mistaking that. But they only beat the Niners by a single point, so let’s not starting jumping to conclusions here. They have frighteningly good front seven that has masked what was supposed to be a weak secondary. Carolina runs the ball extremely well and has a young quarterback that can make game-winning plays. I’m really into Cam Newton right now. San Francisco? They’re still a good team, albeit one that desperately needs their receivers to get healthy. When Vernon Davis exited this game, so did their passing attack.

Oh Houston. It’s nice that you think you’ve gotten better with Case Keenum at quarterback, but you’re really just glossing over the larger problems here. Your kicker sucks (got a kick blocked on Sunday, a different result than his normal “miss as soon as it gets some air under it”), your star running back is now on IR, and Ed Reed called out your coaches after the game, forcing you to cut him Tuesday. Get your shit together. And Arizona? Good job not letting Carson Palmer drag you down.

Denver jumped out to quite a lead in the third quarter, seemingly coasting to a victory after their bye week. But even at 28-6, the Chargers had some fight left in them, pulling in to 28-20 with over ten minutes left in the game. From there, the Broncos had to try and run some clock, which they haven’t been extremely effective at. They eeked out the win, but Peyton Manning took a shot to the leg area from Corey Liuget (which was borderline illegal, but not dirty at all), which aggravated his ankle sprains. That will bear close watching as the Broncos take on the Chiefs next week and attempt to earn home field advantage. 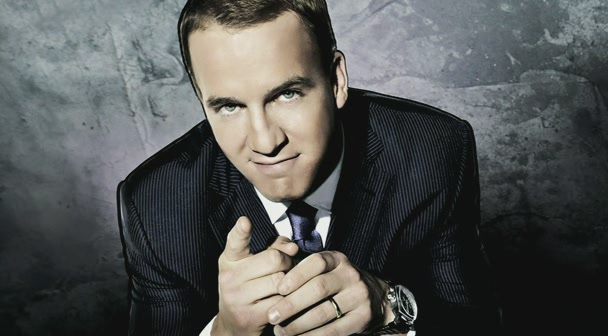 I felt like using this picture. You give it a fitting caption.

How ’bout them Cowboys!? And how ’bout that ass-whuppin’? The Saints wiped the floor with the Cowboys, making short work of Monte Kiffin’s defense, especially when middle linebacker Sean Lee left the game with an injury. Add that to not targeting receiver Dez Bryant, and you have the makings of a disappointing loss for the former NFC East leader. Now? They’re tied with the Eagles.

WE HAD A FAT GUY TEE DIDDY! And then a fat guy dunk!

Other than that piece of awesome, this game was downright gross. Miami’s offensive line was a train wreck, especially on their last series. It makes sense too, because two of their starters are embroiled in the oddest locker room debacle ever. I mean, it would totally make sense if Richie Incognito and Jonathan Martin were characters on a soap opera… about football… in which they happened to be ex-lovers. Just saying. This has gotten THAT. EFFING. WEIRD.

And on that lovely note, it’s time to pooch kick and end The Final Drive of week ten. I hope you learned something,