After teeny trailers and triptych posters littered the interwebs for the past few days, the official first trailer for The Amazing Spider-Man 2 was released today! There’s a lot to talk about, so watch it while I gather myself.

Okay, I’m all cleaned up. Let’s have a chat here.

First off, how much is happening in this movie??? We’ve established that there are at least three villains for Spidey to take on, with the Rhino, a “Green Goblin,” and Electro all popping up in the trailer. (And there are reports of the Shocker showing up in the movie as well.) I know what everyone immediately is thinking: “didn’t we learn the lesson of too many villains with Raimi’s Spider-Man 3?” We should have, but Sony (along with Fox and Warner Bros) is suffering from Avengers-envy, meaning every studio wants its own “mega-team” movie. But with Sony, they only have the rights to Spider-man and his cavalcade of supporting characters and villains. What, are you gonna team him up with Black Cat, Venom, The Prowler, uh… Silver Sable and…uh… *cringe* Steel Spider? 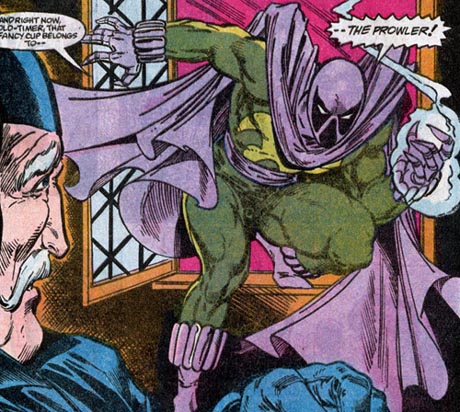 So instead of a team of heroes, Sony thinks they can put money in the bank by billing our lone hero against a team of villains. So far, the casting has been respectable. Jamie Foxx, Paul Giamatti, and Dane DeHaan (whose crazy turn in Chronicle is a short throw away from Harry Osborn) round out the baddies from ASM2, with Chris Cooper waiting in the wings as the nefarious Norman Osborn. But from the trailer’s events, we can see that some or all of these villains will have one thing in common: Oscorp. There’s a lot of fun little extras in this trailer, but none particularly more so than the inventions cache that looks to reside underneath Oscorp. We clearly see the arms of Doctor Octopus and the wins of the Vulture, so there’s a definite lead-in for more villains in ASM3, where we’ll see the full force of the Sinister Six.

As far as ASM2 goes, I’m betting the Rhino gets the short end of the screen-time stick. He’s a goon in a mech suit. I don’t need a ton of back-story here. DeHaan’s Osborn will have a chance to establish a short relationship with Peter before he turns all Gobliny. And we all know Jamie Foxx isn’t around just for a cameo.

I’m not denying that this movie looks too busy. It does. Harry comes back into Peter’s life and apparently has a short turn as his “friend” before following the wishes of his dying father and takes up arms against his old friend. And Jamie Foxx gets to rumble with the webhead and try to put New York City in darkness by sucking up all the… electricity… or something. All of this happens while Peter learns more about his father’s mysterious disappearance and fails at staying away from Gwen Stacy. I’m expecting a few more hanging side-plots and awkward editing, akin to what we saw in the first Amazing Spider-Man.

Okay, have you followed any of this? No? Cool. I should probably go now. I’ve nerded myself out.

Regardless of the movie’s complex inter-weaving plots or endless supply of villains, I’m still excited. Spidey is my boy and I will support this film franchise until I’m broke. Could it suck? Maybe. But I think I’ll be entertained if it’s a giant punch-fest as well. If only I didn’t have to wait until May… 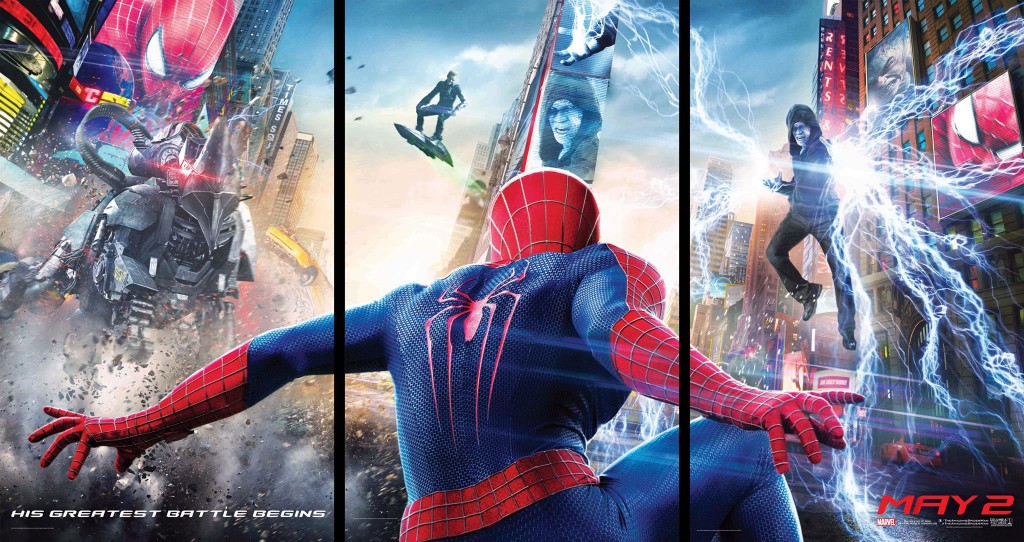