When the Browns finally hired Mike Pettine a few weeks ago after a lengthy and poorly executed search, I figured the chaos would subside for a while as the new coach mingled with GM Mike Lombardi and CEO Joe Banner. They would figure out a long term plan for the franchise while their owner Jimmy Haslam was under investigation for the less-than-savory business tactics used by his truck stop chain.

Well… that peace didn’t last too long. The Browns parted ways with Banner and Lombardi on Tuesday morning, throwing the franchise right back into the worst spotlight imaginable. Let’s talk about what the shit is going on in Cleveland, shall we?

The new GM is Ray Farmer (formerly the assistant GM), who mysteriously pulled his name out of the running for the Dolphins’ GM gig before they made their hire. Now we all know why. Farmer was already in the loop when it came to the Browns job, and him saying otherwise is a FALSEHOOD. So there are a bazillion questions to ask now.

First off, did Banner and Lombardi hire Pettine to be the coach? Or did Haslam? Word has it that Haslam was responsible for firing Chudzinski as well as hiring Pettine, so clearly his CEO and GM were already on the outs.

Did Farmer help hire Pettine? (Reports are that Farmer had no hand in hiring Pettine, but did assist in “information gathering,’ whatever the hell that means.)

Another question was if Haslam would hire a new CEO that would inevitably want their own GM. That is not the case, as Haslam detailed in his press conference today. The Browns’ front office is divided between the GM (now Farmer) and Team President Alec Scheiner, who will run the business side of things. Farmer will handle all roster moves and there will not be a new incoming CEO. Did you all follow me there?

Where do I even start?

If Farmer didn’t hire Pettine, how long do we think he’ll be expected to sit by and watch him lose? (Because Cleveland.) I can only imagine Pettine has a short leash, because that’s exactly what we’ve seen from the “new” Browns at this point. Their owner is dramatically impatient, to the point that he’d risk making his franchise look as stable as an episode of It’s Always Sunny in Philadelphia. Haslam has already changed his mind on the three major hires he made since he took over this team.

And that’s not to mention that Haslam will probably be INDICTED ON FEDERAL CHARGES OF FRAUD. My thought is that he knows he’ll be going away for a while and therefore is cleaning house to put together a more cohesive power base for his eventual release from incarceration… whenever that may be. There have been rumblings that Lombardi promised a big name would come to Cleveland and that when he couldn’t land any of those fish his job was in trouble. Banner? Who knows what’s going on there.

And honestly, I don’t care. This is tremendous theatre. But I can only apologize to Browns fans that this entertainment comes at the cost of their happiness. You will be rewarded in your sports afterlife. 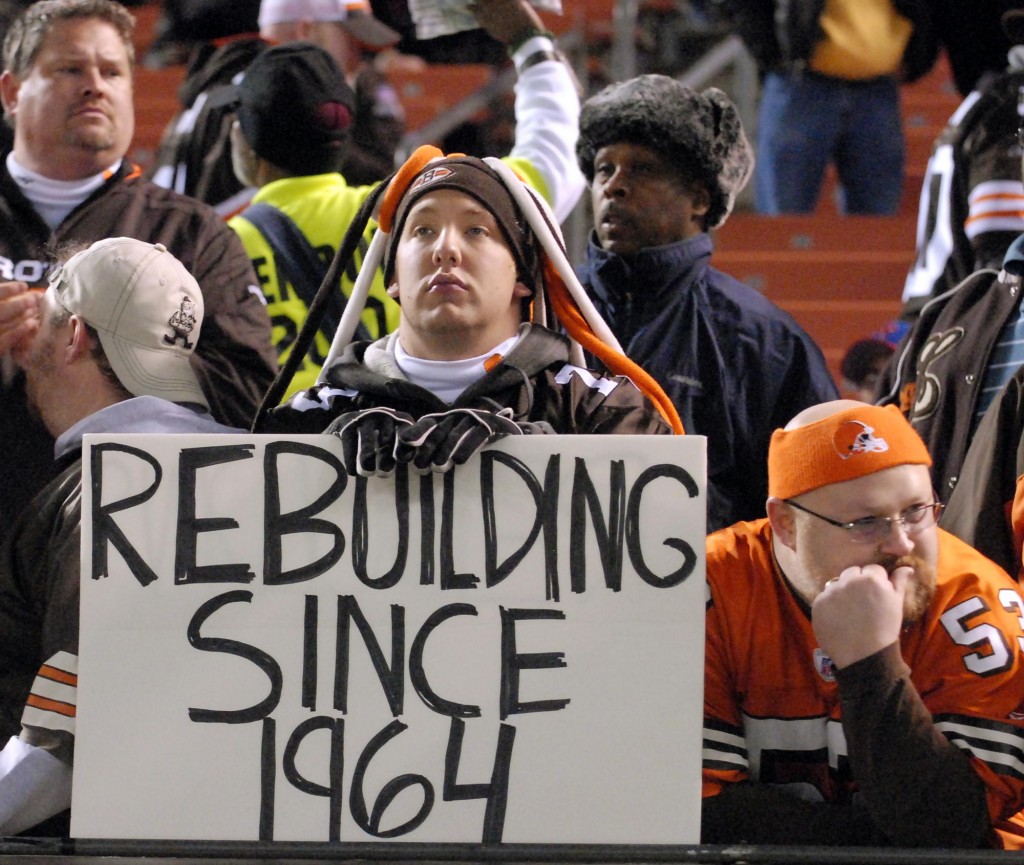 ..Which you should probably kick-start tomorrow. This could be a rough season.