Here I was, sleeping in on my day off of work (which turned out to be an excellent call based on the amount of snow Chicago has seen over the past 36 hours), when I started to stir and check my phone. It was at that time I saw the texts: Jay Cutler had signed a contract extension to stay with the Chicago Bears. It was yet another Happy Jay Cutler Day. Let’s talk about this new deal and what it means for the Bears going forward.

I can stop hyperventilating now.

Look, if you didn’t like Jay Cutler before, you won’t now. I can’t change any of your minds. You hate, and it’s your right to do so as a prickly Bears fan. But you’re missing the key point that Jay’s the best quarterback in Bears history. Yep. I said it. It’s true. Arguing against that is arguing against FACTS. But I fully support Jay and want to give him more time with Marc Trestman’s offense and the bevy of weapons he now has at his disposal. As far as I’m concerned, this is rewarding Jay for sticking through those shitty seasons where we didn’t have an offensive line and he got the utter crap kicked out of him. 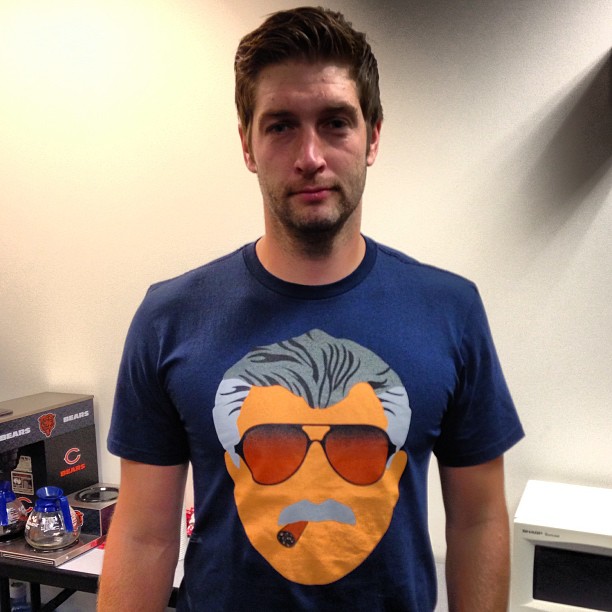 Everyone is going to be stunned at the 7-year, $126 million number. But here’s what you need to know about NFL contracts: they’re not guaranteed. Rarely does a player sign a long-term extension of this length and actually see THAT contract to completion. This is really more of a 3-4 year deal, with about $54 million in guaranteed money. So if in four years if Cutler has failed to produce a Super Bowl or has regressed significantly, the Bears will be out of their financial obligations (aside some from spread-out cap hits) and can release him. This is just about the average going rate for a “franchise quarterback,” but one that stays under the ceiling set by the Joe Flacco debacle. (Yeah, I bet no one feels good about that deal now besides Joe and Joe’s agent.) It might sound outrageous to you (because let’s face it, $126 million is a shit-load of money), but this is par for the course in today’s NFL. 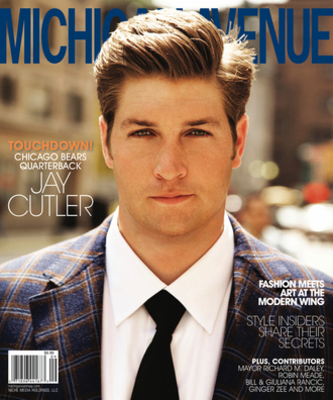 The deal means that Chicago won’t be going into the offseason without a plan at quarterback. That means no high draft pick on a QB that has to come in and learn a complex system while some older veteran (McCown?) takes first team reps early in the season. That pick can now be spent on an impact player who can come in and START for a defense that desperately needs youthful play-makers. And don’t we all agree that the defense was a much larger problem during the year? Why downgrade at the MOST IMPORTANT POSITION IN SPORTS when your offense is that freaking talented? The offense is in win-now mode, so don’t screw with it.

Outside of Chicago, this re-shapes the landscape of the NFL’s free agent quarterback market. Teams like Houston, Cleveland, Oakland, Jacksonville, and other QB-needy teams would have taken a long look at Jay and thrown money at his door-step. Now the pickings are way slimmer and will mainly be high-priced back-ups at best. GM Phil Emery saw that as well, which is why signing Jay was such a priority. Other options? Yeah, there weren’t any. Chicago won’t be drafting high enough to get one of those near-surefire QB prospects, so they’d only be able to develop one and maybe trot them out in a few seasons. There’s no time for that, yo. 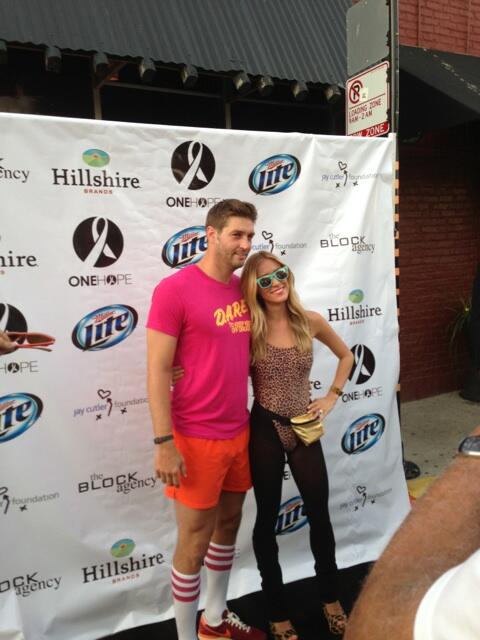 Jay’s signing wasn’t the only work that got done today though, as two other key pieces of the Bear roster inked extensions.*

Jennings has been the ball-hawk of an inconsistent secondary. He’s a bit of a gambler, and sometime takes bad angles on the ball, going for the interception instead of the tackler. That being said, his ability to put down the ball-carrier has improved dramatically during his time in the cover two, so keeping him in the fold gives Chicago options going forward in regards to their defense. This does put in question what the Bears plan to do with Charles Tillman, whose contract is expiring as well. I’m not sure we’ll see Peanut back next season…

Coming in on a one-year deal to be the starting left guard, Slauson proved during 2013 that he’s more than just a stop-gap. Chicago’s offensive line performed a thousand times better than last year’s disaster, and that has earned them the chance to repeat with this line-up. The best o-line’s are units that spend years together, not shambling patchwork lines like we’ve seen in recent years. Slauson’s pass-blocking and gap-creation are solid, so Emery’s making the right call here.

*The monetary details of these deals are unknown as of yet, but I’ll be sure to update the article when I see the reports.

And there you go. There was big news in the NFL today, and the Bears were right at the center of it all. Bring on 2014. 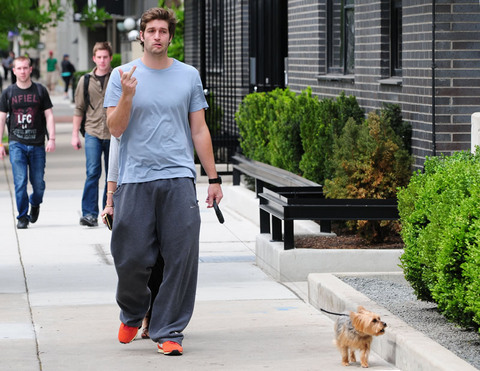