On the train this morning, sleepily perusing my Twitter timeline per usual, I came across this tweet…

Aw shit. Now I’ve got something to write about. Here’s some Mostly Average Analysis comin’ atcha.

There’s two main bullet points to take away from this report. First, is that Smackdown (currently airing on Thursday nights) will be moved to Tuesday nights. This makes sense, because Smackdown, while airing on Thursday, is actually taped on Tuesday’s. This eliminates spoilers from the internet and gives WWE two hours of live television to market.

Secondly, more hidden in the article, is the following line.

A draft will be held before the “Smackdown” launch date to determine which wrestlers on the company’s talent roster will be assigned to which program.

If you’re relatively new to wrestling you might not know what this means or how this is going to work. Well, you’re lucky. Us old wrestling marks are quite familiar with the process… because it’s happened before. In 2002, WWE split its talent roster up between its two broadcasts, RAW and Smackdown. A draft was held to showcase the first 20 or so slots (10 on each show), with the internet filling out the rest of the roster “selections.” The eventually annual WWE draft was a god damn event, with the then-two hour RAW being jacked occasionally to three hours to properly put the draft on display. The split shows continued for a loooooong time up until 2011, when the shows’ rosters merged once again. That’s what we’re in store for come July 19th, the first episode of “Tuesday Night Smackdown.” RAW and Smackdown will be different shows under the WWE umbrella, each with their own set of superstars.

Here are some reasons why brand splits like this sometimes suck:

– Splitting up tag teams. It could happen. Now, obviously this is all “in storyline,” so if WWE wants to keep a team together, they will. Chances are Enzo and Cass will be staying together, but there’s no guarantee of that. Don’t be surprised if. for example. the Dudleyz are broken up. I don’t want that, but it could happen.

– Splitting up existing titles / establishing new ones. WWE’s history is all over the map as to how this could be handled. At first the WWE and Women’s champ were on both shows, and the IC, Tag. European, Hardcore, and Cruiserweight titles were split amongst them. Then the World Heavyweight title was created / reinstated so both shows could have a main belt of their own. Titleholders occasionally jumped to a different brand, with or without the title. The title scene becomes a mess, obviously.

– All match-up’s aren’t possible. If AJ Styles is on Smackdown and Seth Rollins is on RAW, then they can’t have a feud. I assume Sami Zayn and Kevin Owens are getting split apart, just because Creative can’t figure out how to break them away from each other clean. This thought extends to the title scene too. If Enzo and Cass are on RAW and the tag belts are exclusive to Smackdown, how the hell do they ever challenge for the championship?

– TOO MUCH WRASSLIN. If both shows are their own thing and my favorite stars are split between shows, that means I’ll want to watch both. That’s three hours of RAW on Monday, two for Smackdown on Tuesday, one for NXT on Wednesday, and about three on Sunday if there’s a PPV. I barely have that kind of time on my hands. I can’t dedicate ALL of it to wrestling.

– One show might still be crappier. It happens. During the split years, Smackdown was ALWAYS less stacked than RAW. It had a few main eventers, but the rosters didn’t compare well. If WWE doesn’t make this a pretty even split, then what is the point?

There are a few positives though.

– Split rosters mean more superstars get time to shine. Nobody will be taking up time on both shows, so those slots have to go to someone.

Except Bray Wyatt. He needs to be on all shows.

– Splitting the McMahon’s. Currently, Shane and Steph are co-GM’s of the WWE. Along with that comes lengthy segments where one if not both of them need to come out and address matches / goings-on’s, with the requisite sibling rivalry either fully on display or just bubbling to the surface. If they break apart and each have their own show, then that gives time back to the performers and storylines with characters that will legitimately resolve in the ring.

– A split would hopefully ensure both shows are actually worth watching. Right now, RAW is the flagship experience, full of epic promo’s and surprises. Smackdown is the lesser of the weekly installments, mostly used to showcase lengthier matches (not really a bad thing) and merely continue / reiterate current feuds that typically start on RAW (not so great). It’s fine if you’ve got the time, but it you’re watching RAW every week you’re not missing out. Now? That won’t be the case.

That’s all I have as positives…

The more I write about it, the more I hate the idea of a brand split. It’s supposed to be promoting creativity and “new match-up’s,” but all that can already be accomplished with a joined roster with actually creative writing and booking. This is a ratings grab. That’s understandable though, as WWE is one of the last stalwarts of live entertainment, a form that is still garnering solid ratings in a world of DVR’s and HULU’s. In order to ensure Smackdown’s change-up won’t totally flop, WWE is trying to bolster the platform it by making its offerings “exclusive.” They want the eyeballs. While it makes sense, I still don’t like it.

Let me use an analogy I think everyone my age will be able to understand. The WWE roster is like a box of crayons and the writing staff / creative department are like an eight year old kid. Now, crayon boxes use to come in boxes of eight, 24, 48, and even an astounding 96 color sticks. If you give the kid a box of 96 crayons and tell him to make a picture of out it, they’d be able to do it. They’d have all the colors they’d need. But in drawing that picture, they’d inevitably leave some crayons unused unless you forced them to use ALL of them. They have the tools to be more creative, but they’re likely overwhelmed by the sheer variety. What are they going to do with five different shades of blue? I’ll tell you what they’ll do. They’re gonna grab one blue (Cerulean Blue FTW) and use it all day. They’re going to stick to the primary colors they know what to do with and maybe branch out to one or two interesting choices or favorite shades.

That’s the WWE creative scene in a nutshell. Roman Reigns is red, John Cena is blue. Seth Rollins is green, Kevin Owens is black, Becky Lynch is orange, Sasha is pink, Charlotte is yellow, etc. WWE knows how to use those colors by now. However, Tyler Breeze is teal, Apollo Crews is yellow-green, Cesaro is royal purple, Summer Rae is magenta, the Wyatts are burnt sienna, you get the idea. (Seriously though, I could do this all damn day.) What the fuck is an eight year old supposed to do with all those colors? And how is he supposed to know what colors to pair them with to look good? WWE has been trying to figure that out, but they’ve been barely reaching in the 48-count box beyond the primary colors at this point. And don’t even ask them what they’d do with the colors down in NXT. They ain’t ready for that box of fun yet. 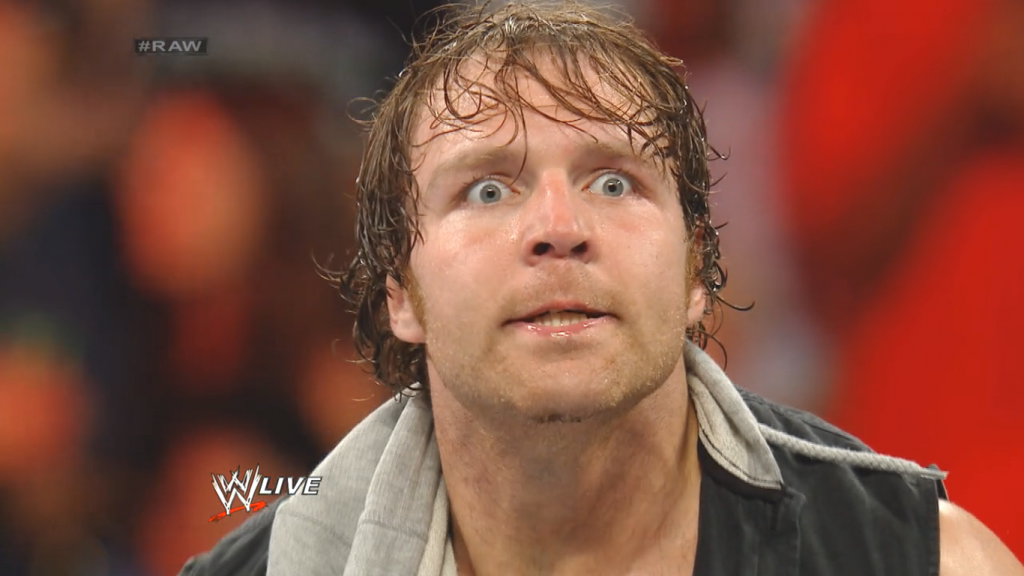 So the brand split will undoubtedly give your favorite unheralded wrestler a better chance to get in on the spotlight. No more will Dean Ambrose take up 20 minute segments and matches on two shows a week. That’s a good thing. WWE has a glut of talent on its hands and needs a way to infuse them into the weekly product. This is apparently their best idea. Judging from history, it’s also their only idea.

Now it’s time for the ride.