Hello my Kickstarter Kompatriots! (Too many K’s already?) Today we are returning to the wonderful world of crowd-funding to show you some of the best gaming-related projects out there! And in this installment, we even have a non-gaming idea that you should immediately back.

We’re kicking off today’s article with some fast-paced, monster-building awesomeness! This games takes mechanics from poker and similar card games and applies them to a monster fight where you only need one hit to win the game. Build your monster and unleash hell! This project features some great artwork and combines it with simple gameplay and awesome monster designs/ideas. What’s not to love?

Making it tremendously easy, this project only has three price tiers. $20 gets you the core game that allows for 2-3 players, with $35 netting you the expanded edition that increases the possible players to six. That’d be worth the extra cashola. At the top, $60 brings in extra cards with blank fronts, letting you customize the deck with insanity of your own.

Funded! It already has over 800 backers, whose donations total well over the $20,000 initial goal.

Bloodstained: Ritual of the Night

Because the creator of this game, Koji Igarashi, is the same guy who made the-now cult classic Castlevania: Symphony of the Night. This Kickstarter project is being billed as the “spiritual successor” to that prior series, which is code for “he’s no longer working for that company but everyone really wants a damn sequel to this awesomely popular game so rights be damned he’s going to make something ridiculously close.” Thanks to crowd-funding, these games can finally be made without big publishers getting all up in their grill and ruining them. Bloodstained is a “gothic, exploration-focused action platformer,” so it already sounds awesome. Oh, and David Hayter (you know, the BEST Solid Snake) is on board as a voice actor. Yes please. 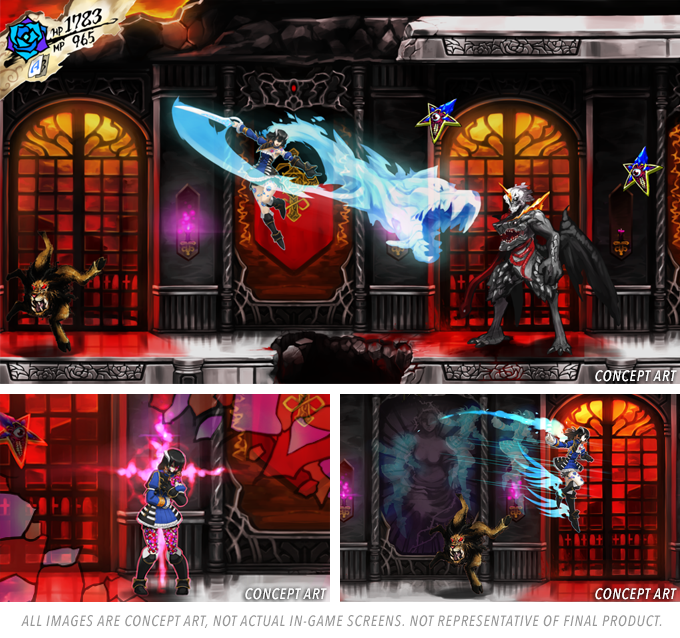 Let’s talk about the important tiers. $28 snags you a digital copy of the game for Xbox One, PS4, or Steam! $60 moves you up to the physical version of the game, complete with additional content. Shelling out more dough than that can buy collector’s editions of the game, art books, your digital picture hanging in the game, the ability to collaborate on a weapon’s design, or even meeting Iga and playing games with him! (That costs only $10,000.)

Did you have any doubt that this was funded already! It’s well over $2.5 million at this point and its got a ways to go still. If you’re a fan of this classic series, go get it.

TINY GAMING. You know, that concept that all these current handhelds claim to bring you, only to actually saddle you with a large peripheral and necessary case, game carrier, data plan, proprietary memory cards, and everything else under the freaking sun. This little guy needs NONE of that. It’s got six buttons, an OLED display, an 8-plus hour rechargeable battery, and a wee speaker. Oh, and it’s the size of a credit card. Beat THAT Nintendo! It’s also open-source, so you can program games your self or adjust existing ones.

You’ve missed out on the early bird pricing, but $39 will get you one of these tiny machines for your gaming pleasure. Higher price points give you discounted breaks on multiple units. So if you and your buddies all want one, you should check into it.

This is exactly what it sounds like, and it’s amazing. It’s a pocket PC! Starting at $9, you get a small chipset that includes a 1GHZ processor, 512MB of RAM, and 4GB of storage. it connects to Wi-Fi networks and Bluetooth peripherals, has a USB port, and can be used/designed to work with any screen. As for the software, it runs the Linux OS and comes pre-installed with LibreOffice and a slew of great apps for everything from photo editing to coding to gaming to simple web browsing. 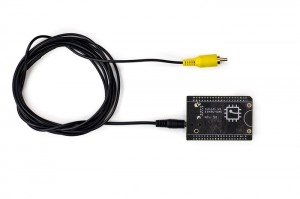 As it states, $9 gets you the bare bones chipset and a composite video cable. As you go up in price, the add-on’s become worth it. $19 has options of VGA or battery add-on’s. $24 has an HDMI adapter. $49 gives you the PocketCHIP, an add-on with a 4.3 touchscreen, a full QWERTY keyboard, and five hours of battery. It’s your very own full on pocket computer! At the lower price points, you just can’t go wrong. I’ll throw a few bucks at this just so I can have a handy back-up computer if anything ever happens to my laptop. It makes all the financial sense in the world.

Funded! This project has a plethora of backers and is well over one million dollars in funding. DO IT.

That’s all we’ve got for you in this edition of the Kickstarter Kabinet! So hop online and help dreams come true! Or something inspirational like that. I dunno. NERD STUFF.