So in nerd news of the day, it was announced on the BBC that the 12th Doctor of the long-running/revived series Doctor Who would be 55-year old Peter Capaldi. This ended the months of speculation as to who would carry the torch of the cult-series. (Yes, I said “cult.”) 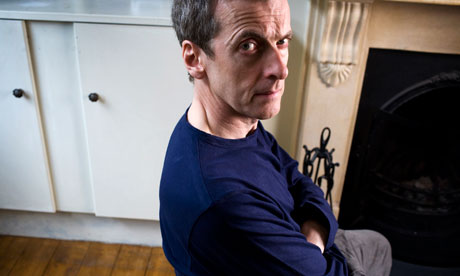 I have no knowledge of Doctor Who. I really don’t. I know there’s a sonic screwdriver. He’s got redhead “companions.” I see a lot of tweed jackets. I’ve also seen a fez, a bowtie, and a scarf. (Making it the easiest Comic-Con costume for a male EVER.)  There’s a TARDIS that was once explained to me. I remember it being some sort of time/space/dimensional portal in the shape of a phone-booth. And the universe is inside. Or something along those lines. I’ve literally seen less than one episode. It had aliens in bad costumes holding their hearts/brains in their hands.

And here endeth the paragraph describing my Who-knowledge.

Capaldi has had a lengthy television career over in England, so it’s not like Who-dinities are getting a Ye’ Olde crappy English actor. He’ll bring chops to the role that may have been missing with a Matt Smith. (Who is all like, young and stuff.) Like most nerd-property casting news, this is not without its crazy hyperbolic reactions. Nerd-ladies and Whovians everywhere put out their anger/exhultation/perturbed-ness in a collective response to the casting.

But honestly, I have no idea what you Who-hooligans are talking about. 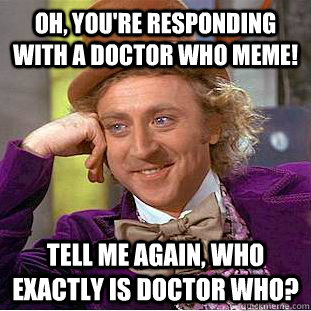