Following months of investigations, rumors, anonymous reports, and getting kicked out of frat parties wearing a Tebow jersey, the Johnny Football Fiasco has been put to rest.

Manziel allegedly received payments in exchange for hundreds of autographs on various items/memorabilia. There are pictures and videos of him signing said objects, but apparently no money trail for the NCCA “investigators” to follow. Manziel met with the NCAA over the weekend for an extended period of time (reportedly close to six hours) where he again, reportedly, denied being paid for these signatures. 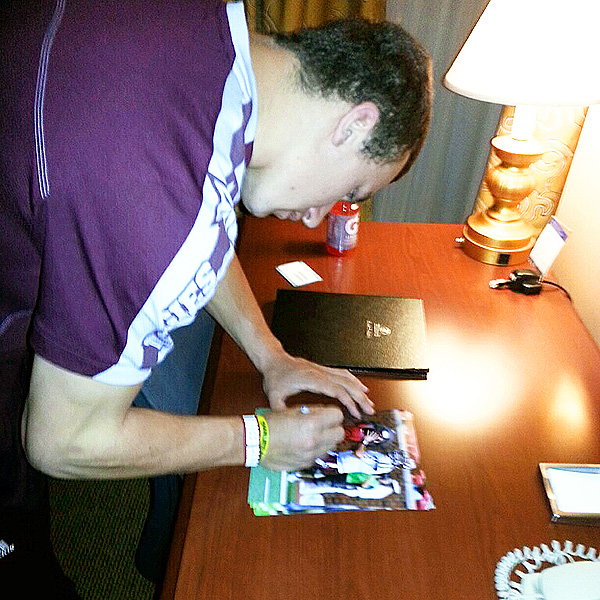 With the investigation completed, the NCAA and Texas A&M agreed to suspend the Heisman winner… for the first half of the first game of the season. A total of 30 minutes.

Give me one second. 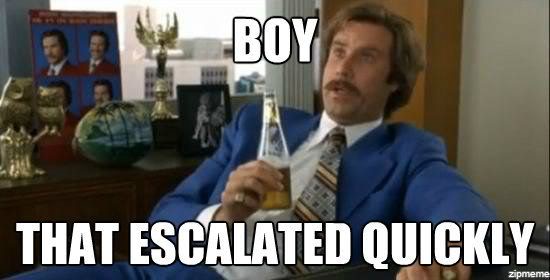 Look, what the hell was the NCAA trying to do here? If they never had the evidence to get Manziel to admit he got paid, THEN HOW WERE THEY HOPING TO CATCH HIM? I assume they just thought he would slip up during what I’m sure was a strenuous interrogation. *cough*sarcasm*cough

This is just more of the NCAA trying to save face within the sports world, because we’re all aware that they’re a joke at this point. They can’t police college students and refuse to pay them for the millions of dollars they bring in for each and every school. Johnny Manziel helped Texas A&M earn over $100 million dollars last season. And he saw absolutely none of it. His family is rich already, but that’s not the point. Student athletes are treated like indentured servants and everyone gets surprised when they try to make extra money on the side.

Whatever. This isn’t about the student athlete dilemma. This is about Johnny Manziel. He gets to chill on the sidelines while his teammates kick the snot out of Rice in week one. Then he gets to come in, clean up, and get ready to take on Alabama the following week.

And the NCAA keeps their mega-ratings for that game. Assholes.