Why does every outlet decide that week eight is the halfway point of the NFL season, and therefore the time to whip out midseason awards? Y’all better do a double-check. Mid-way through 17 weeks is week nine. (MATH BITCHES.) So I’m here during the actual midpoint of the season to dish out my thoughts on 2013’s happpenings!

KIDDING! I mean, it is entertaining though. How’d you like that joke, Anne?

From worst to first in one season. And all they added was Andy Reid and a halfway competent quarterback in Alex Smith. Kansas City has a molasses-like offense when Jamaal Charles isn’t having a good day, but that defense is nothing if not legitimate. Their season has benefitted greatly from back-up quarterbacks and weak strength of schedule. They could easily push their way to 13-3 and a number one seed in the AFC… where they will probably be eliminated in their first postseason game. But hey, they’re a fun story now.

Dude. 5-4 is WAY ahead of where I thought they’d be after nine games. They’ve alternated wins and losses since the start of the season, so they are the definition of inconsistent. But their rushing defense is number one in the league and their rushing offense is a respectable eleventh. Color me surprised. 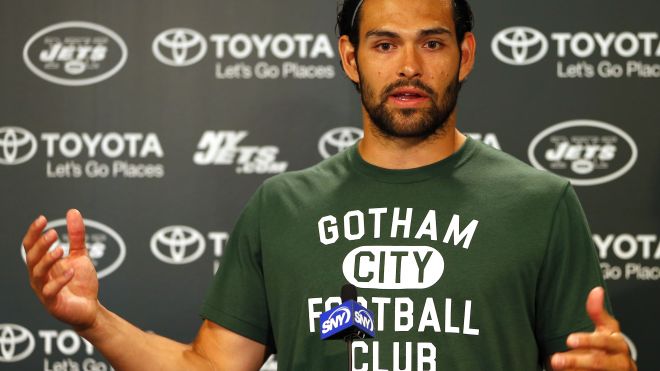 Shut up Mark. NOBODY ASKED YOU.

All of these preseason “contenders” have fallen hilariously short of their playoff aspirations, much less their title hopes. Atlanta is wasting a fantastic season from Matt Ryan, mostly thanks to injuries. Pittsburgh’s offensive line is a mess and their defense is aging fast. The Giants started the season 0-6 and turned it over like they were flipping pancakes. If any of these teams reaches .500 I’ll be shocked.

I mean, is this one close? I don’t think so. The Crusher of Dreams and Destroyer of Worlds has cooled slightly since his meteoric start to the season, but he’s still well on-pace for the MVP hardware.

Yeah, that’s right sucka ducks! I picked Tony Romo. His stats for this year are awfully pretty. 2553 yards, 20 TD, 6 INT, 66.2% passes completed. And he’s essentially doing this as the Cowboys have decided to completely give up on the running game. 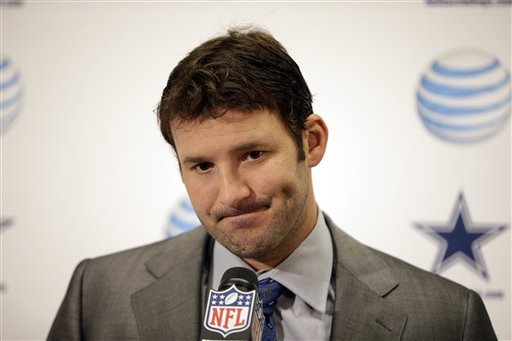 That’s right, two Cowboys. ‘MERICA! The Dallas linebacker leads the league in tackles AND shares the league lead with four interceptions. What else do you want?

Lacy is the ground-and-pound running back he was billed to be coming out of Alabama. He’ll become an even more integral focal point of the Packer offense while Aaron Rodgers is injured. I also like the Rams’ Zac Stacy, so we’ll need to keep any eye on these two running backs as the season progresses. There’s been some noise for Geno Smith, but I don’t buy it. Here’s why: 58.1% passes completed, 8 TD’s, 13 INT’s, 3 FUM. Yeah, he’s a low-level Mike Vick, which means he’s a turnover machine.

He’s a constantly tackling linebacker on a defense that has been surprisingly not shitty. If Tyrann Mathieu played more snaps I would give it to him in a heartbeat because of all the impact plays he’s made this season. (He’s got time still.) But for now, Alonso is a fine candidate.

As with every season, there are going to be teams that surpass or completely fall short of expectations. 2013 is no different, and while I’m not going to divert from my original selections (it makes the year-end wrap-up that more entertaining if I sucked picking teams), I’m going to pick a team from each conference that if I could re-predict, I would. Basically I royally screwed these teams up and must have been “in one of my drunken stupors” when I picked them.

The Steelers didn’t start the season with any receivers of note outside of Antonio Brown, so why did I think defenses would ever let them establish a running game? And I should have remembered their offensive line’s gruesome injury history.

I know Charlie. I know.

And that’s it! We’ve got eight more weeks to go in the 2013 regular season. Anything can happen, so stay tuned!

What are your biggest surprises/storylines from this season? Let me know!