Well wasn’t that just a steaming helping of disappointment. The Chicago Bears fought valiantly through injuries and defensive lapses, but it was just too much to overcome on Sunday. Let’s review this loss now, after I’ve taken several hours to chillax. 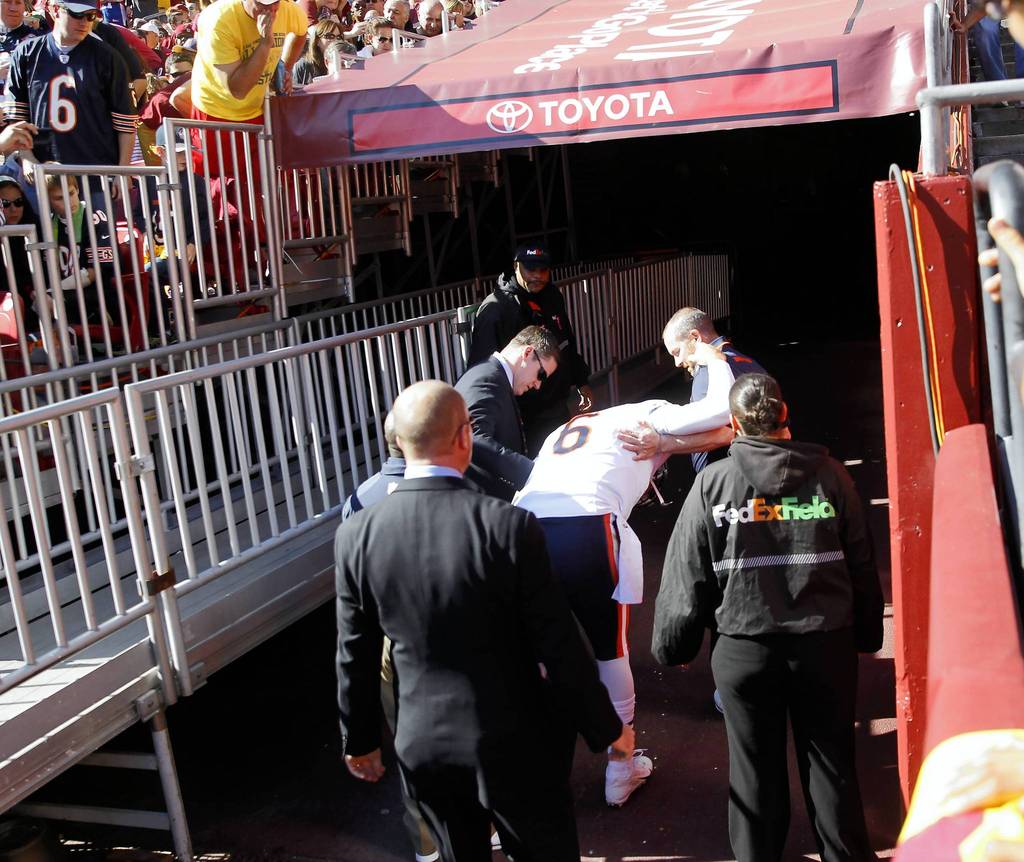 It all started auspiciously enough, with a 23 yard run from RG3 on the second play of the game. It was foreboding as hell. Two passes to rookie Jordan Reed helped move Washington down the field, even after a near-strip from Major Wright. But a fumble from Griffin moved Washington back 17 yards, where they were unable to convert. A field goal put them up 3-0 and was the first of many points scored this day. A punt from Chicago backed the Offensive Names inside their own five, where the defense nearly came away with a safety. A quick punt gave Cutler and the offense a short field, but incompletions halted the drive’s progress. Robbie Gould came out for the kick, which knotted the score at 3.

A Charles Tillman inteception of Griffin set up the Bear offense at the ten yard line, where Cutler went to work. An eight-yard throw to Brandon Marshall was followed by a two yard run by Matt Forte for the score, his first of the day. At 10-3, the Bears had a turnover and a lead. I was sitting pretty. Washington didn’t take that score lightly though, and launched a 13-play scoring drive. Helu saw a gaping hole on a 14-yard run to the endzone, which tied the game up again. (This is a familiar theme.)

A pass from Cutler on the next drive tipped off the hands of Alshon Jeffery (twice) and into the running arms of Brian Orakpo, who took it 29 yards for the pick-six. Anyone who really puts this on Cutler wasn’t paying attention, It may have been a little high, but that pick is on Jeffery. Catch the ball, brah.

On his next drive, Cutler went down oddly on a sack by Chris Baker, but stayed on the ground for a short while afterwards. He eventually walked off under his own power, but it was a slow and gingerly stroll towards the locker room. A single, solitary tear rolled down my cheek.

On his first play, Josh McCown came in and scrambled out of the pocket and didn’t slide or go out of bounds, instead making a head-first dive for the first down. I had a small heart attack and decided this shit wasn’t worth it. DEAR GOD JOSH YOU’RE THE ONLY HEALTHY QB WE HAVE LEFT.

It is at this point that I completely checked out of this game and furiously checked Twitter for updates on Jay Cutler. My favorite child was just injured, and I didn’t give two shits about the rest of my litter. I also wrecked the remaning Chex Mix from last night’s batch as well as a pile of Oreos. They improve my demeanor. I DON’T CARE IF THEY’RE ADDICTIVE. I CAN STOP ANY TIME I WANT. 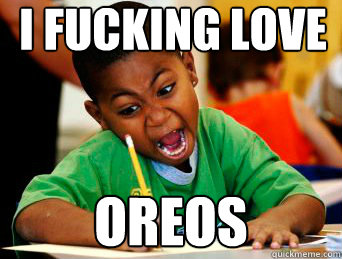 Almost on cue, Devin Hester pulled the Bears back into the game with an 81-yard punt return in the second quarter. At 17-17, it felt like the Bear offense was going to need all the help it could get. Oddly enough, it was the defense that was over-matched. Somehow on Washington’s next drive, which naturally stretched all the way to the goal line, Jordan Reed was all by his lonesome on the right side. I give a lot of credit to Chris Conte for rushing over and getting set before the play started, but he wasn’t going to cover Reed one-on-one. A high jump-ball from Griffin to Reed put the lead at 24-17 going into the break.

There was a lot of scoring in the second half, so I’m just gonna run through all this noise real quick.

The Bears opened the second having re-calibrated their offense with McCown, now ready to start actually running the ball. Short passing patterns with chances for YAC were the plays-of-choice. Then Matt Forte broke off a 50 yard run which ended up in the endzone. Booyah.

Washington responded with an eight play drive of its own, highlighted by a 30 pass from Griffin to Aldrick Robinson. A three-yard run from Roy Helu into the endzone capped off the series and put Washington back up seven.

McCown came firing back with a 28-yard pass to Jeffery, which was aided by a 15-yard penalty on safety Brandon Meriweather. A scramble from McCown (where he remembered how to EFFING SLIDE) gained a first down, which extended the drive to allow for another Forte TD, and a 31-31 ballgame.

Then came a crazy deep ball to Robinson, where Tillman wasn’t in position to jump and make the deflection. Chris Conte fell the hell down and was nowhere near able to interrupt it either. The 45-yard bomb put Washington back up 38-31.

Chicago’s next drive stalled out after an end-around and 20 yard reception by Jeffery. Gould booted another field goal through the uprights, narrowing the lead to four points. It was after that field goal the Bears got sneaky. They went for the surprise onside kick, which was successful! And then came the penalty flag for off-sides. On the replay, it was a very close call. But eff this noise, I’m eating an Oreo.

After the failed onside kick, Chicago forced a punt from Washington, letting Josh McCown have the ball with a chance to take the lead. A 29 yard pas to Marshall was followed by a 35-yarder to Jeffery, who went out of the game with an arm injury. An illegal formation penalty negated a Bears a scoring throw to Earl Bennett, but an unnecessary roughness call on Brandon Meriweather (SURPRISE) netted Chicago a first down on the next play, albeit at the cost of losing a banged-up Marshall. McCown’s next throw to Martellus Bennett was a dart, putting the Bears up 41-38. It was a tremendous drive from McCown, who got the protection he needed to make pinpoint throws.

From there it was the Bear defense’s turn to step up without its leaders on the field. And they proceeded to fail over and over again, letting Griffin and company march down the field and in for the final go-ahead touchdown of the game. Chicago got the kick-off and attempted “miracle” return, which featured an impressive cross-field throw from Devin Hester. But Chicago was unable to get down the field quick enough to take advantage of the 30-some seconds they had left. Game over.

-Adam Schefter had already tweeted that the Bears will re-sign quarterback Jordan Palmer, whom we saw in the preseason. This must mean the coaching staff thinks this injury could keep Cutler out at least a week, if not more. He’s been reported as having a groin injury and will undergo an MRI on Monday. We’ll hear more then.

-Brandon Meriweather is a psycho. He was flagged twice for illegal hits on defenseless receivers because he led with his helmet and went high. As a fan of FOOTBALL, this guy needs to be suspended. 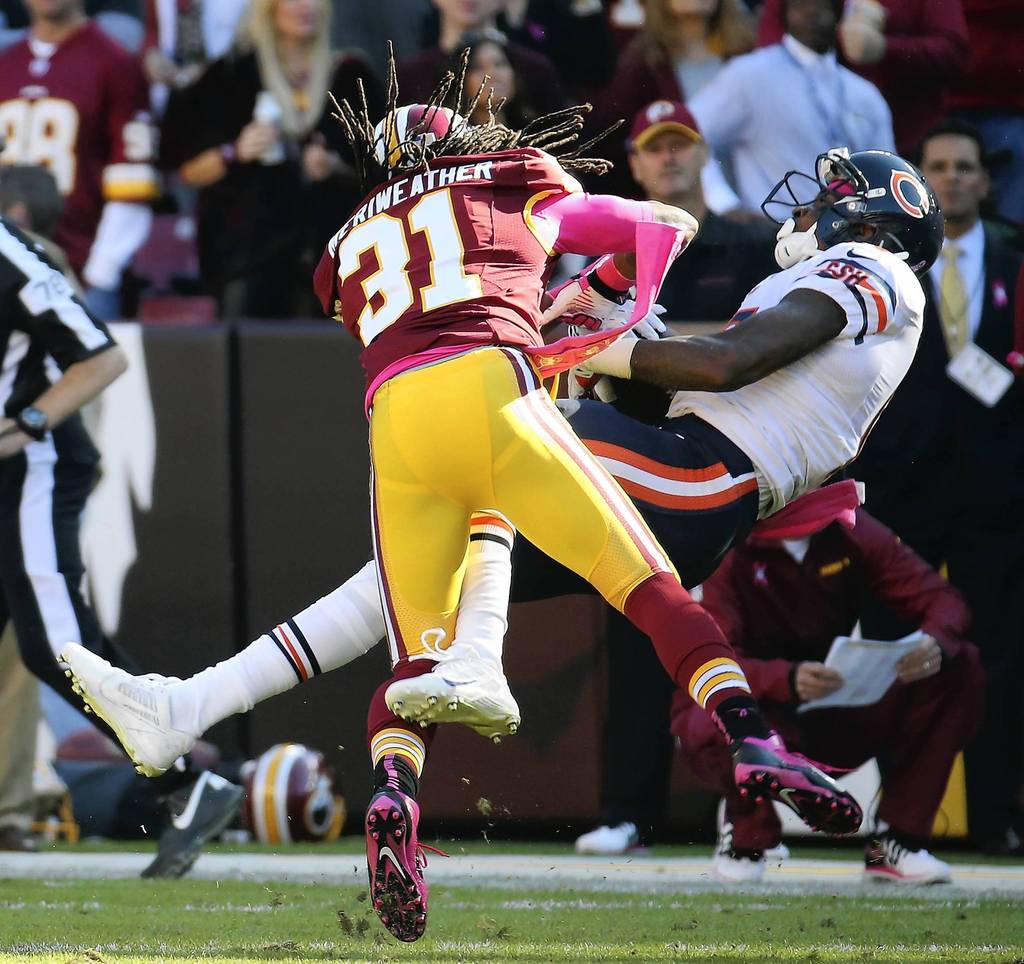 -Josh McCown looked like an NFL quarterback today. When you score 24 points with your back-up QB in a single half, you should win the game.

It means that the offense can be potent even with Josh McCown at quarterback… at least, when they’re playing against the terrible Washington defense. McCown made plenty of crisp throws that alleviated some of my concerns if he had to start again at some point. What concerns me is the defense. They’ll have plenty of time to rest with the bye week on the docket, but I’m not sure being healthy will help all that much. This defense is constantly out of position and missing any sort of penetration up the middle (or on the edges for that matter). Their run defense is steadily regressing, as they let Washington rack up over 200 yards on the ground. We’ll need to keep an eye on this team in the coming weeks. They play Green Bay on Monday night of week nine, so we can truly see how much improving health means to their win column.

It also means I’m full-on football sadness because my quarterback is injured. WAH.

Until then, Bear Down and Happy Jay Cutler day! (Get better Jay.)