The hype is real! After years of speculation (which began as soon as Skyrim was released), Bethesda has finally announced Fallout 4 to the world in glorious fashion. After a teaser site with a countdown clock popped up yesterday, the web was aflutter with anticipation. Today that anticipation was rewarded with a somewhat cinematic trailer. Let’s watch, mkay?

-BOSTON, BRAH. I really hope that being isolated in a Vault for so long doesn’t mean that the Bostonians have lost their dialect. I expect, nay, DEMAND that everyone in this game sound like they’re in The Departed. 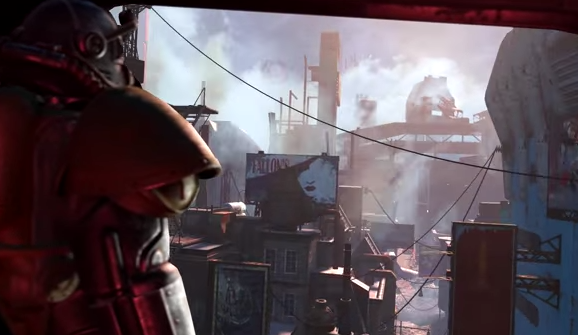 Say hi to your mother for me.

-PUPPY. My sole quest in this game will be to acquire said puppy, after which I will frantically panic for the rest of the game as I worry about his safety. Like, all the time. When he comes with me on dangerous missions? PANIC. When I leave him at home? PANIC. When we go for a walk? OHMYGODPANIC. I’m sweating just thinking about it. You don’t understand guys, that dog will NEVER EXPERIENCE HARM ON MY WATCH. It might as well be called Fallout 4: Puppy Day Care as far as I’m concerned.

-It looks if we’ll get to play through a nuclear apocalypse! Just like we’ve always wanted!

-Per Bethesda’s typical M.O., the facial animations and graphics aren’t exactly cutting edge. However, the environments and landscapes are appropriately gorgeous and look to be taking advantage of the next-gen hardware. Man… everything is so pretty… you just want to walk around aimlessly and enj… 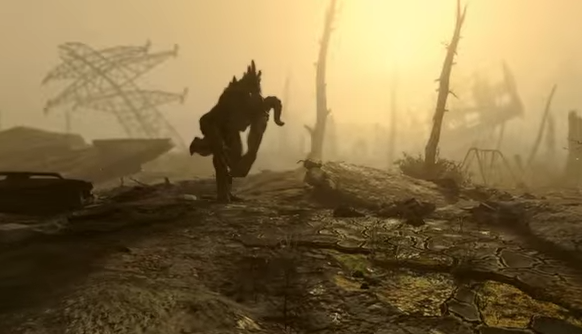 HOLY SHIT MAN WTF IS THAT?

Actually, that’s clearly a Deathclaw. But still, FUCK THAT.

-At this point, we barely know anything about this game. We know it’s for PC, PS4, and XBox One. The pre-order link on the official page doesn’t take you to an actual product page yet. We don’t know a release date (I’m really hoping for this upcoming holiday season, but I assume that’s way too soon), but we’re supposed to be presented with a gameplay video and more info at Bethesda’s first ever E3 presser on June 14th. I am now in full-on detail acquisition mode. I’ve pre-ordered every Elder Scrolls/Fallout since Oblivion came out for PS3, and this looks to be right in line with all of those entries. (Even though I shouldn’t be pre-ordering games.)

Is everyone else just as excited to return to the nuclear wasteland? BRING ON THE BOTTLECAPS!