Yes. Yes. A thousand times yes. I need to change my pants.

Following the 15 second tease yesterday, Marvel unveiled the official trailer for Captain America: The Winter Soldier. The third movie in Marvel’s Phase 2 line of movies (following Iron Man 3 and the upcoming Thor: The Dark World), Cap 2: Electric Boogaloo will follow hunky Chris Evans through political intrigue and tactical espionage action. And he gets to throw that shield around LIKE A BOSS. This trailer is all sorts of badass, with Scarlett Johansson popping up as the Black Widow, Samuel L. back as Nick Fury, and Anthony Mackie debuting as the Falcon.

But don’t take my nerdy word for it. Just watch the hell out of it.

Now THAT’S how you do a trailer! To me, this is exactly the direction Cap needs to head in film. Not a lot of sci-fi, a little bit of tech, and a lot of guns and explosive action. Make it about Steve’s ideals and his trying to fit into this new world that seems to be changing around him all the time (thanks to sinister Robert Redford). Chris Evans looks to be pitch perfect as Cap once again. (He’s really underrated in this role.) As far as costuming goes, it looks as if they’ve ditched the terrible outfit from The Avengers (really just a bad helmet) in favor of a look that seems more like the first movie, as well as an additional stealthier uniform a’la the Secret Avengers comic. And if you don’t know who the “Winter Soldier” is, I ain’t spoiling it here. But I love how the new enemy plays onscreen against Rogers. The fight scenes will be EPIC.

Captain America: The Winter Soldier kicks in theaters on April 4th, 2014. And the official poster is below! 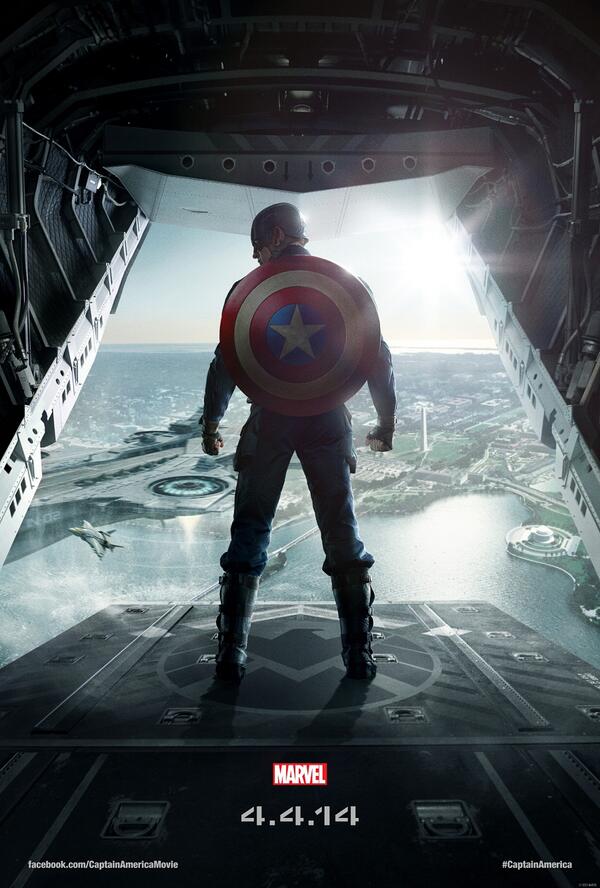