GM Phil Emery made a somewhat surprising pick in Thursday night’s round one of the NFL Draft, selecting Kyle Fuller with the 14th overall pick. 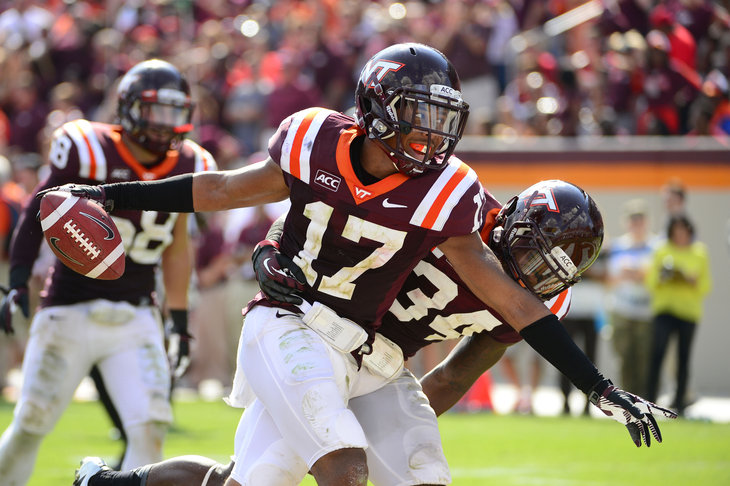 The Bears were out of luck when the Rams selected defensive tackle Aaron Donald one pick ahead of them at thirteen, but corner Darqueze Dennard and safeties Ha Ha Clinton-Dix and Calvin Pryor were still on the board at fourteen. That gave Chicago the pick of whatever safety they wanted. But with only Justin Gilbert selected from the corner class, Emery took aim at another defensive back in Fuller.

At 6’0″ and 190 lbs., Mike Mayock claims Kyle is the “most NFL ready” of this year’s cornerback crop. He’ll be a force in run defense and can play either inside at the nickel position or outside as a typical starting corner. His versatility was clearly a draw in his selection. (It’s not a leap to think he could slide to strong safety.)

He had 173 tackles over his career at VT, which is pretty stellar for a corner. He also had 23.5 tackles for loss and 4.5 sacks, so he could come off the edge in run-blitzing situations, which is something we’ve seen an uptick in under defensive coordinator Mel Tucker.

Corner was certainly a need for Phil Emery. I liked Dennard’s talent and ball-hawking personally, but if Fuller can come in right away and contribute/start at a high level, then it’s a fine pick. Were I in Emery’s position, I would have gone with one of the safeties. That being said, there wasn’t an elite corner or safety on the board (or in this draft) so there’s nothing Emery “whiffed on” by picking Fuller.

There will be more coverage of the Bears’ draft picks in rounds two through six (they have no 7th rounder) as the weekend continues, so pay close attention! I’ll be tweeting my tail off. If I had a tail. But I don’t. Because this isn’t an episode of the X-Files. Anyways, FOOTBALL.