Football is nearly upon us! But before its blessed return in September, fans everywhere will have to wade through the over-priced muck that is the preseason. Here are the stories to watch out for if you’re planning a Friday night in with your beloved Bears. Keep in mind that most of these stories will continue throughout the preseason until we have a solidified roster and depth chart. And though they’re playing the Eagles, I’m not going to waste time breaking down match-up’s or anything like that. Preseason games involve next to no scouting of the opposing team, so why should I do it? It’s all Bears here. And if you don’t like it you can GIT OUT.

No One is Safe… at Safety

As it has been in nearly every Bear offseason in recent memory, the safety position has a giant question mark next to it. Right now free agent signee Ryan Mundy and rookie draft pick Brock Vereen are listed as the starters at strong and free safety, respectively. But that hasn’t stopped Marc Trestman from tinkering. We’ve also seen veteran Adrian Wilson at free and Mundy spotting time at strong safety. With injuries to Chris Conte and Craig Steltz, the safety competition figures to center around Mundy, Vereen, Wilson, and former Packer M.D. Jennings. Friday night is the start of that competition (on the field anyway).

Starting All Over Again

Another position that is seemingly right where we left in last offseason is middle-linebacker. D.J. Williams may have had the “veteran inside track” in 2013, but this year he and Jonathan Bostic are listed as “co-starters,” which means the Bears aren’t close to making up their minds. That’s cool. That middle-linebacker spot isn’t important to this defense anyway.

We will now enter the era of Chicago football where Devin Hester is not returning punts or kicks. Let’s hope we have less backwards/sideways/any direction not forward running. Eric Weems will be the defacto returner, but expect to see a few receivers/corners take whacks at it as well.

No Room for Four

As we’ve seen in recent seasons, the back-up quarterback job is a fairly significant one. Even with an improved offensive line, whoever sits behind Jay Cutler needs to be ready to step in at a moment’s notice and lead this offense. Should that situation arise, that back-up will either be the returning Jordan Palmer or the free agent Jimmy Clausen. David Fales is a sixth round pick that will probably be kept on the roster, but I don’t expect him to be the number two in Trestman’s offense. This is a fairly important competition between Palmer and Clausen, because the “loser” will likely be cut before the season. There’s no way the Bears are keeping four quarterbacks on the roster. Emery is never that inefficient. So Fales will be stored as a project in the third slot, with a “capable” back-up at number two. Now we just have to see who that is!

Less Than Tight at Tight End

So Martellus Bennett was fined and suspended by the Bears for what on the surface appears to be this single incident at a recent practice:

Apparently Bennett was peeved afterwards and needed several teammates (big, burly lads) to calm him down. Now, the punishment seems like a tad much for a little practice scuffle. There’s probably more going on here than anyone in the organization is letting on. There are occasional rumblings that Bennett became more unhappy with the lack of balls thrown his way in 2013 and that he became a little bit of a problem child. This suspension will probably not deter him. In fact, this is usually one of those moments that starts the downward spiral of antics.

BUT – his suspension leaves in doubt his availability for tonight’s game. That means one of Chicago’s other tight ends will be in the starting role with the first string offense. Who is that tight end, you ask? Well my friend, it is none other than… Dante Rosario? Wait, that can’t be right. It’s Zach Miller! Wait, not the former Raider/Seahawk Zach Miller? You mean it’s THIS GUY? He doesn’t even have a Wikipedia picture! Shit. In case you haven’t picked up on it, the Bears are light at tight end beyond Bennett. If a legitimate back-up isn’t on the roster, I’d hope the Bears are scanning the coming roster cuts in order to find one.

So after the merciful beheading that was cutting Michael Bush, the Bears are once again in need of a back-up tailback. We drafted Ka’Deem Carey in the fourth round of the draft, but he might not be ready for the responsibility. Some dude named Shaun Draughn is listed as the second running back. Draughn… didn’t I fight those in Skyrim? 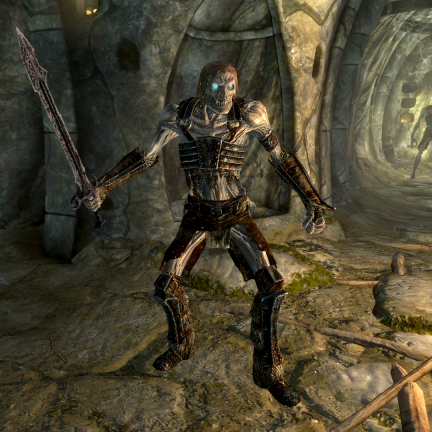 Oh, those were DRAUGR. My bad, brah.

Appointed third wide-out Marquess Wilson fractured his clavicle earlier this week, leaving the potent Bear offense without a prominent threat at receiver after Brandon Marshall and Alshon Jeffery. There were reports that Chicago was going to move quickly to fill that spot. They worked out former Jet/waste of space Santonio Holmes, but they’re unlikely to sign him. They did sign relative unknown Greg Herd, and by “relative” I mean no one’s fucking herd of him before.

I see what I did there.

And that’s it! Enjoy Scrub Wars: Part One! For those of you that keep an eye on my Twitter feed (@MostlyAvgJoe), I won’t be live-tweeting this surely epic clash. Instead, I’ll be dropping pics and wisdom while at Katy Perry’s Prismatic Tour stop at the United Center, along with my best friend and thousands of screaming tweens. Sometimes, preseason football has to take a back seat to cotton candy pop concerts.

I know. I’m sorry. I know. The game will be on my DVR when I get back. And when I get down off the pixie stick high that concert will infuse into my bloodstream.

Have fun everyone! I’ll be back to recap the game sometime this weekend! BEAR DOWN.