Free agency might have slowed considerably since the blistering pace of week one (recapped for you here), but that doesn’t mean there haven’t been significant signings in the several weeks since. This is usually the time when teams looking for bargains or rubbing up against the cap make the bulk of their moves. But before we get to the new stuff, there’s some old crap to get to.

What I Missed From the Week One Update

The fact that I even have this section is hilarious to me. I wrote a 3,400 word post (the internet equivalent of A Feast For Crows) and I still managed to miss several signings of note. I shamed myself about 30 minutes after posting that first article. But I’ve got you covered here, I pwomise.

Munnerlyn was one of the more physical corners in what ended up being a weak Carolina secondary. Needing severe help in the defensive backfield, the Vikings signed the 25-year old Captain, who, along with last year’s first rounder Xavier Rhodes, should provide a much improved starting pair of corners.

This is all about staying big on the inside. With the departure of Kevin Williams, Mike Zimmer’s defense needs a large dude in the interior of his attacking 4-3 scheme. Joseph fits that large bill. And speaking of large…

Despite their claims to the contrary, the Falcons are switching to a 3-4 defensive scheme. There may be some hybrid elements, but they’re not fooling anybody. Soliai is a gap-filling nose tackle in a 3-4 line and Jackson is a run-stuffing 3-4 end. Those are precisely the roles they’ll fill in Atlanta, as defensive coordinator Mike Nolan can finally run the defense that led him to be such a commodity.

Brown exits Indy for the sunny climate of San Diego, where he could serve as a transition back if the Chargers choose not to re-sign Ryan Mathews, who has been ridiculously injury-prone during his short career. For now, he’ll serve in the rotation alongside Mathews and Danny Woodhead, giving Phil Rivers a fairly robust backfield.

The Giants have been slumming it on the back end of their defense for a few years now, instead opting to put their money into their now-craptastic defensive line. Exiting Denver, he instantly upgrades the Giant secondary, letting the disappointing Prince Amukamara slide to the second corner spot. DRC isn’t a cure-all, but he’s a helluva first start on the road to recovery.

And now to the new(er) deals!

The Bucs needed help at corner. They have it now. Jenkins isn’t a superstar by any stretch, but when you’re that empty at the position, you can’t just bank on rookies coming in and doing the job. Jenkins should get playing time as a third or fourth corner and that’s important in a Lovie Smith defense.

The Bears made a choice to not over-value a position that the NFL is rules-arbitrating out of significance. Atlanta didn’t get that memo, choosing to give Hester three million a season, just short of the insane four million average for which he was hoping. He’ll bring a pop to the return game… when he’s not busy running backwards/sideways. Oh, and Falcon fans that are expecting him to contribute on offense often: fuhgedaboudit.

Cromartie was the odd-man-out in the Revis/Talib/Davis/Verner/Other Cromartie cornerback dance, which means the Cardinals got him on the cheap. The still-athletic Cromartie will form a deadly fast corner tandem with Patrick Peterson. There’s going to be oodles of ball-hawking in the Arizona secondary.

Instead of just losing all their mediocre receivers to free agency, the Panthers got around to signing one themselves, inking the former Jet and Steeler to a five year deal. Cotchery might be a “name” because of his time in New York, but he’s far from a number one receiver. If he’s your third option at wide-out, I’d feel okay. He did catch 10 touchdowns and 46 passes from Big Ben last season, but Carolina has to do more to help Cam Newton. And with the lack of receivers left in free agency, don’t be surprised if multiple picks in the draft are spent on pass-catchers of a not-shitty variety.

The Oakland Raiders are Finally Spending that CASH… poorly.

Hooray for veteran leadership. Because at this point, that’s all Charles Woodson really has to offer. He’s 37 years old at a position that necessitates speed and durability. Woo.

The Raiders’ offseason was filled with fails when it came to securing a left tackle. Penn’s signing is affordable, while providing the team a short-term solution at the position. Penn’s 30 years old, so he’s clearly not a long-term answer.

Matt Schaub led the Texans to the best years in their franchise’s history. His reward following one lackluster season? A trip to the career-killing black hole that is Oakland. Schaub quickly re-worked his contract to lower his base salary and take away some of the guaranteed dough he was scheduled to make. This deal lets the Raiders out pretty cleanly after this season if they so choose. (That might be best for everyone involved.) After running the gamut of shitty to disastrous signal-callers in recent seasons, Schaub will solidify the position better than previous entrants… unless he throws nine more pick-sixes. (He’d still be better than JaMarcus Russell.)

The Raiders are just confusing me with these aged downgrades. Instead of using their $60M plus in cap space on their own guys (LT Jared Veldheer or DE Lamarr Houston) or talented free agents (T.J. Ward would have been nice), they’re sifting through the scrap heap. They re-signed the oft-injured Darren McFadden and picked up MJD instead of simply re-signing Rashad Jennings, who is more reliable than McFadden and a better runner than MJD at this point in their careers. I hate these moves. Oakland sucks.

I both like and dislike this move by the Jets. It does legitimately help their team… as long as they allow Vick to compete for (and probably win) the starting job. He’s a better short-term option at quarterback than Geno Smith (I’d think). But letting Vick earn the role would put Smith on the bench and probably damper his confidence, something that harms the Jets in the long-term. But hey, I’m not in danger of being fired after this season. Rex Ryan is. He can do what he wants. (And he will.)

We all knew this domino had to fall following Vick’s arrival. Sanchez was only kept on the roster in case the Jets’ targeted free agent QB’s fell through. Once Vick was inked, Sanchez was suddenly very expensive and very expendable. Heading to Philly, Sanchez can quietly work to revive his career, this time as a “high-end” back-up. He’ll probably never start ahead of Nick Foles, even if I don’t like Foles as much as some. But Sanchez will certainly beat out fellow ex-USC-er Matt Barkley for the back-up spot.

After some flirtations with other back-up quarterbacks, the Packers elected go with the guy they knew well enough to bring back during last season’s Rodgers-less stretch. It might be a far cry from the mega-deals he signed with Seattle and Oakland, but Flynn is a competent back-up that deserves to stay in the league and hold that clipboard. 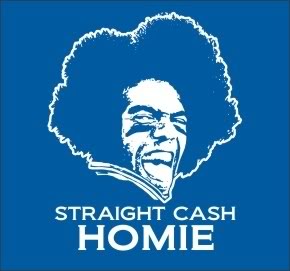 It took a while, but Josh Freeman found a new home after a tumultuous 2013 that saw him unceremoniously dropped from the Bucs after once being their “franchise quarterback.” He landed with the Vikings, who paid him a few million dollars to start ONE game and complete less than half of a billion passes in that outing. That was all they needed to see in order to move on. Giants QB Eli Manning has been discussed at length this offseason, due to having surgery on his ankle as well as pundits/reported team officials being concerned about looks to be a drop-off in production. And with Curtis Painter (how is that waste of space still in the league) with an injury of his own, the Giants needed another back-up in the fold. So Freeman has a chance in the preseason to prove he’s worth salvaging.

Damn those Seahawks are smart. Instead of letting the division rival Niners pilfer another young quarterback from someone’s roster, they stepped in and traded a 7th round pick (a player that probably wouldn’t even make their loaded roster) for Pryor, a talented but raw quarterback specimen. He can learn under Wilson and still make an impact occasionally on the field as one of those over-hyped h-back/tight-end/quarterback amalgamations.

And somehow Russell Wilson is the third-highest paid QB on the roster. Eep.

Moreno was probably coming off his best year as a Pro, establishing to the league his effectiveness and reliability as a pass-blocker and his comendable inside running skills. While he was a luxury in Denver (who drafted Montee Ball last year), he’s an upgrade for Miami, who had whoever the fuck knows running the ball in 2013. Go Google it. I dare you.

Say what you want about Johnson’s lackluster years following the signing of his fat contract (and I have), but he’s still explosive. And he can find yards as long as he A- has decent blocking in front of him and B- doesn’t jump around in the backfield like a greedy bastard. But his contract was too hefty for anyone to trade for him. The Jets needed to continue overhauling their offensive weaponry and Johnson was clearly a favored target. Now he needs to produce.

Well this just doesn’t happen at all. An impact player in his prime is simply released onto the open market. When a very unflattering report about Johnson leaked hours before his release, there left plenty of room for speculation about why Chip Kelly would suddenly drop one of the league’s best downfield targets. It’s kinda simple: Kelly doesn’t think he needs Jackson. He feels that the returning Jeremy Maclin and Riley Cooper, partnered with a draft pick or two, will be enough to maintain Philly’s offensive output. But he’ll still get to see DeSean twice a year…

Jackson wasn’t on the market very long. He arrived in Washington and was convinced to stay in Washington, getting $8M a year for his first two years, guaranteed. That’s just a bit under the $10M he was scheduled to make as an Eagle, so well done DeSean. In Washington, Jackson will team up with Pierre Garcon (who had 113 catches in 2013) and emerging tight end Jordan Reed as RG3’s go-to receivers under new coach Jay Gruden. Jackson’s definitely a bit of a head case, but hopefully his guaranteed money will keep him in line for at least two seasons… 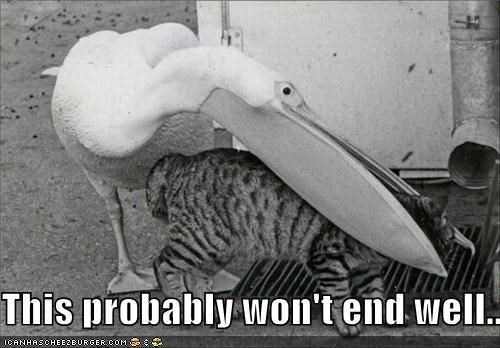 Did I miss anything? Is there a signing you need analyzed? Let me know! Check back this next week for a preview of the NFL Draft! I’m gonna be ALL. UP. IN. IT.