Chicago Bear football emerged from hibernation Friday night as new coach Marc Trestman led his squad against the Carolina Panthers. Now, it was preseason, so it don’t mean all that much, yo. Take everything you read here with a grain of “Who Gives a Fuck.” 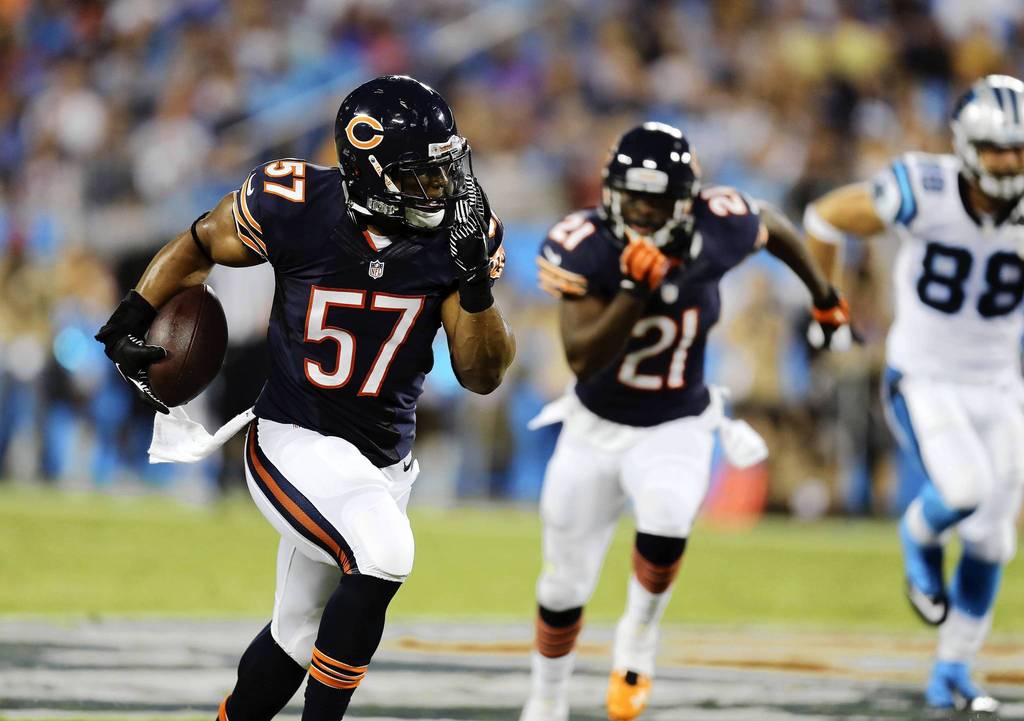 The first team offense had its ups and downs (mostly downs) as it tries to acclimate itself to a new scheme. Jay Cutler’s first pass of the game was directed to Alshon Jeffery… but ended up whooshing right past and into the arms of a defensive back. Jay wasn’t really to blame though, as Alshon clearly cut his route off short and didn’t finish going inside on what was a short route over the middle. That’s normally a call for Brandon Marshall, who sat out this game. This mis-communication wouldn’t have happened with #15 on the field.

Jeffery got a re-do on the second drive of the game, with Cutler going right back to him on a slant for a first down. We got a glimpse of Matt Forte catching the ball out of the backfield, something we should see increase dramatically under coach Trestman. Pressure on Cutler ended that drive prematurely. On their third series, the Bears saw what J’Marcus Webb is really capable of… when he whiffed against Charles Johnson and let Cutler eat a sack to end the first team offense’s night.

There were plenty of positives on the defensive side of the ball Friday night. Jonathan Bostic made an impression (with D.J. Williams out) when he pick-sixed Cam Newton. Yeah, that’s right: STARTER Cam Newton. Khaseem Greene drew attention as well with his quick instincts and tackling ability. These two linebackers showed glimpses of the dynamic play-making ability and athleticism that GM Phil Emery has been preaching.

Corner Isaiah Frey had a decent showing in his full game-action as nickel corner. He missed a possible interception (as did safety Brandon Hardin late), but he didn’t seem overwhelmed by any situation. He’ll certainly need more playing time, but it was a solid start to his second preseason. Zack Bowman tried to take matters into his own hands by snagging a pick off Derek Anderson. Bowman is in a fight with fourth-year pro Sherrick McManis for a roster spot in the secondary.

Oh, yeah. There were injuries too.

Defensive tackle Henry Melton went to the locker room after suffering a concussion. That sucks HARD. Melton is supposed to be our power in the middle of that line, so if he’s out for any extended period it will be awfully difficult to replace his production.

Long-snapper Patrick Mannelly left the game with a rib injury after getting blown up on a punt return. Linebacker James Anderson came in as the back-up, but he doesn’t have a frame that can deal with any of the punishment that comes from being in the middle. That being said, we didn’t see a lot of miscues as the kicking game progressed.

Did you need to know anything else? It’s game one of the preseason, so it was mainly ho-hum. Look for an expanded offense in the next couple games as Trestman tries to iron out the wrinkles in this system.