Sniff the air for a moment. Breathe it in.

That’s the musky, sweaty smell of football. And it’s back baby! Well, in preseason form anyway. The Chicago Bears are embarking on their 2013 campaign and as always, I’ll be bringing you Gameday Previews and Reviews for each game on the schedule. We’ve got a new home this year at MostlyAverageJoe.com, so gone are the days of janky formatting errors and ridiculous font issues. Now I can just focus on bringing you the snappy, sometimes relevant, swear-filled, rant-laden, football snark you’ve come to know and probably not love. 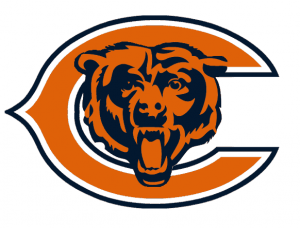 So we’ve officially begun the 2013 NFL Preseason in earnest, with games kicking off on Thursday night. Chicago takes the field in Carolina Friday night in their first of four exhibition matches. For those of you who may be unfamiliar with the preseason concept, it’s basically warm-ups to the regular season. The starters you see for four quarters in the regular season will never finish a game in the preseason. It’s about practice reps for the starters and competition for back-up spots and for filling out the roster. Also, there’s little to no game-planning involved. It’s really all about working through your own issues, as opposed to delving into film on the opponent and breaking them down.

But that’s enough prep talk. Let’s get to the sorta fake football! Here’s what you should be watching for as the game progresses:

Tackle Eben Britton has been all up in first-team reps in practice thanks to injuries to starter Jermon Bushrod and back-up Jonathan Scott. As Marc Trestman fills out his depth chart, it’s going to be key he retains linemen that can play more than one position. Britton is situated nicely, as he could swing from tackle to guard, depending on the injuries the line sustains. Still, he’s got to make the most of his time on the field.

Aside from Britton, this will be our first look at rookie first-rounder Kyle Long. He’ll be at right guard, where he is penciled in as “co-starter” with James Brown. Long will have to impress to ensure his assumed starting-position when the season rolls around.

And J’Marcus Webb is over at right tackle now. That’s still a thing we’re trying? Eff me.

Yes, I just went Wonder Twins on you. There will be two new faces in the linebacking corps Friday night alongside Lance Briggs (assuming he plays). This unit is without a doubt the one with the most question marks when it comes to the defense. If D.J. Williams is on the field, then we’ll get to see how he replaces Urlacher in the middle of the field. James Anderson is slotted as the started on the strong-side, another veteran who should be able to come in and contribute. Briggs will be responsible for calling the defenses, so these games are going to be extremely important as he prepares to react to game situations in real-time. He needs to get all the experience he can get back there.

There’s some depth in this unit, but it’s young. Rookies Jonathan Bostic and Khaseem Greene back up Williams and Briggs, respectively You can bet they’re going to get serious work during this preseason so the coaches know what their short AND long-term linebacking future looks like.

We’ve had a few. The latest of which is to veteran corner Kelvin Hayden, who was getting time as our nickel corner. He tore his freaking ACL. Now rookie Isaiah Frey will see those ever-important snaps as the third cornerback.

Half the struggle in these preseason games is just making sure everyone makes it out healthy. The Bears lost possible depth at defensive end when Turk McBride went down with an ACL tear of his own during training camp. Everyone just stay upright, please.

-Receiver Earl Bennett will not be on the field. He sufferred a concussion during a practice last week and hasn’t been cleared to play.

-Jay Cutler will barely make it onto the field. If he gets more than a series to play, it’s because the first one ended too quickly. With Bushrod likely sitting this one out, putting Jay out there with a non-starting caliber left tackle isn’t a safe idea. This goes for most of the starters. If you’re trying to really see what our new offense looks like, this won’t be the game to watch closely.

That’s all I’ve got for you this week. I’m at Comic-Con three days this weekend, so I can’t spend my wee hours delving into a preseason game that clearly isn’t all that important AT ALL. Enjoy the game! I’ll be tweeting either @JoeAnello or @MostlyAvgJoe. Likely the latter, but y’all need to be following in order to see them!