Not long ago the NFC West was one of the most craptacular divisions in the league. That script was completely flipped last season, when two Super Bowl contenders in the 49ers and Seahawks emerged from its competitive ranks. This season looks to intensify that battle with the Cardinals and Rams loading up for a run. Let’s break down the NFC West!

The Niners may have started the season with Alex Smith under center, but it didn’t take long for them to bring Colin Kaepernick, a 2011 second-round pick, into the starting line-up. I like Kaep, I do. He’s got a rocket arm and runs like a gazelle. (And might get hurt like one at some point.) I’m just not sure who he’s going to throw the damn ball to! If you haven’t heard, the Niners claimed Seattle wide receiver Chris Harper off waivers and are converting him to a tight end. Because they ain’t that deep behind Vernon Davis without the departing Delanie Walker (went to the Titans). They also need receivers desperately since both Michael Crabtree and Mario Manningham will start the season on the PUP list (meaning they will sit out the first six games).

One second. Timeout on the field. Did you know the Niners have the most petulant coach of all time? 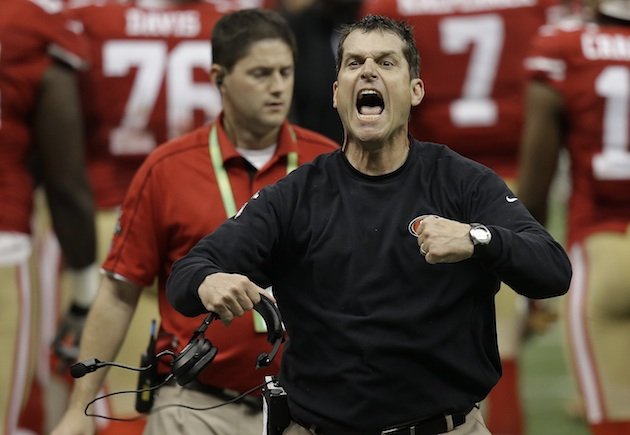 Okay, carrying on. Running back Frank Gore will probably rack up yards during the regular season at the expense of postseason performance. (That might not be true. But it’s interesting to think about. Gore only has so many good years left with his physical style.) But he’s got a great line in front of him. If I had to take an entire team’s offensive line in a mock draft, I would take the Niners’ in the heartbeat. THEY. ARE. SO. GOOD. Joe Staley and Mike Iupati are about as good of a left side as you’re going to see in the NFL.

Without a doubt, the Niners have one of the most talented defenses, at least while we’re talking about the front seven. (But Aldon Smith and ex-Niner Delanie Walker have crazy gun parties. Maybe a suspension will arise.) Justin Smith as a mad-cap at defensive end, and frees up non-brother Aldon for straight-shots to the quarterback. Patrick Willis and NaVorro Bowman are two of the best interior linebackers one can find, and they play on the same defense! Bowman’s excellent pass-coverage complements Willis’ defensive instincts perfectly, allowing him to run straight to the ball-carrier.

I am a little concerned about their secondary, with the departing Dashon Goldson leaving them vulnerable. I like corners Carlos Rogers and Tarrell Brown, but Rogers has reached his ceiling and Brown may have as well. They signed what’s left of Nnamdi Asomugha to be their nickel corner, which is probably still better than most nickel corners in the NFL. They need to depend on that front seven to get consistent pressure, otherwise expect pass yards to get put on this defense (which should likely close down the run).

If you didn’t notice, I like the Niners. A lot. But they might not win the division because of the…

Last year Pete Carroll thought he would have to start the regular season with Matt Flynn as his starter, when Russell Wilson put up a preseason posterizing, winning himself the starting job. The sophomore quarterback might be Tiny Fro-Jesus, if you’re talking to anyone in Seattle. Wilson showed poise and pocket presence in his first season, completing over 64% of his passes and throwing only 10 interceptions all season. He rushed well too, but not at the same average clip of a Kaepernick or an RG3. This year, Wilson will be expected to take the Seahawks to the promised land… 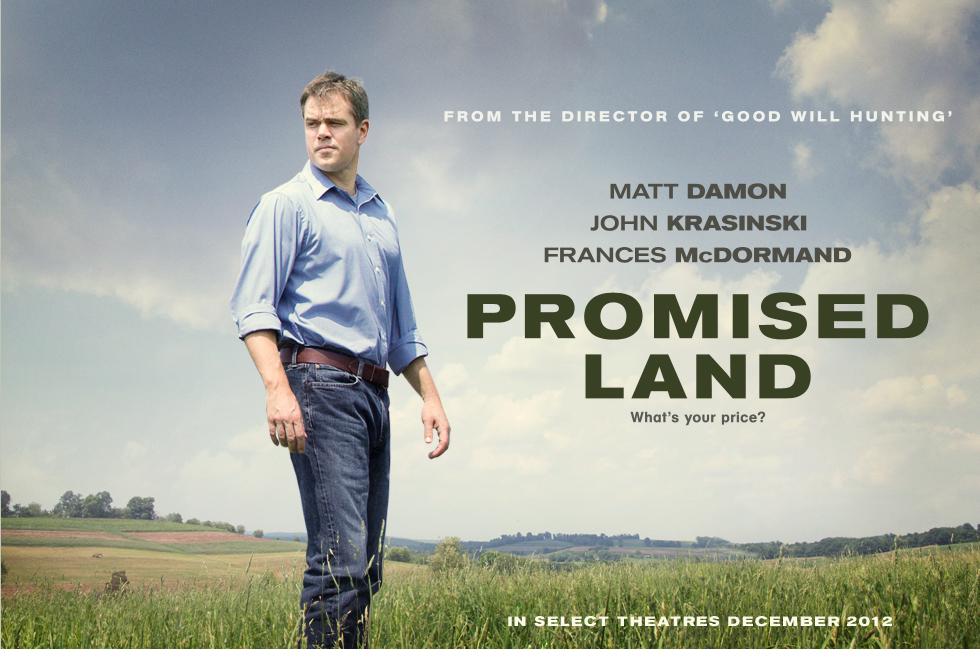 Not THAT Promised Land!

Wilson is supported by Marshawn Lynch, a bruising running back who can flip on “Beast Mode” and somehow break 19 tackles on one play. Let’s hope Lynch keeps eating those PCP-enhanced Skittles. Seattle made their title-window apparent by making one of the biggest trades of the offseason and acquiring receiver Percy Harvin from the Vikings. Harvin, while an explosive pass-catcher, runner, and return man, is missing at least the first six games of the season on the PUP list due to a hip injury. (He’ll probably miss the last six too. Just sayin’.) What a great use of that first round pick and the poop-load of guaranteed money. But Wilson still has Sidney Rice and Golden Tate to throw to on the outside, and tight end Zach Miller as well.

Along the o-line, Seattle’s done some maneuvering, specifically trading away guard John Moffitt to the Broncos. Moffitt was a selection of the current regime, who has no time to tolerate lesser results. But Russell Okung is a dependable left tackle on the ‘Hawks line, and Max Unger is an underrated center. (I mean, dude has to hike it to a “small person.” He’s got my vote.)

Seattle’s secondary is ridiculous, even when they’re not all taking PED’s. Richard Sherman and Brandon Browner are large, big-bodied corners that can play bump-and-run with the best of them. They jam receivers at the line and never let them up. Sherman also talks a lot of trash. A lot. Kam Chancellor and Earl Thomas could be the best pair of safeties in the league. They liked their depth enough to cut Antoine Winfield! Now that’s a deep roster. The Seahawks signed practically every available defensive lineman to a cheap-ass contract. (I smell collusion.) Cliff Avril and Michael Bennett came on board, adding to what was a pass rush that needed better sack totals. When you add in Chris Clemons (probably missing week one), the developing Bruce Irvin, and Red Bryant, you have a frightening front four rotation.

I mean, they’re gonna go 8-0 at home. Do we really think this loaded Seahawks team can’t play .500 on the road?

Ugh. Sam Bradford. That guy. The last rookie QB to receive as ass-load of money, Bradford has done little to show that he’s a franchise quarterback. But his deal expires in 2015, meaning he still has time to wallow in the Rams’ mediocrity before proving himself. Bradford’s accuracy isn’t what it was billed to be coming out of Oklahoma. But in his defense, the St. Louis receivers have been nothing more than average during his stay. Moving up ahead of the Jets to draft Tavon Austin means the Rams actually have a legitimate wide receiver on the team! But somehow I assume his “never missing a practice” during college will prove to be a fluke and he’ll be on IR by week seven. Regardless, he’s a talent and can only help Bradford. The Rams also made their nineteenth attempt to find a left tackle since Orlando Pace left by signing Jake Long during free agency. Long has been plagued by injuries in recent seasons that have kept him from performing at the level we all saw when he was drafted. At right tackle, Rodger Saffold will try and prove that he belongs in the starting line-up. But if Bradford continues to take big hits, this line could see more shifts as the year continues.

With Steven Jackson leaving for Atlanta, second-year man Daryl Richardson will take over as the starting running back. …Alrighty then. Richardson didn’t show a ton other than a few fumbles on his not even 100 carries. However, his 24 receptions and 6.8 yards per catch will give Bradford the target out of the backfield he’ll need. One of the best moves the Rams made in the offseason was to sign tight end Jared Cook from Tennessee. Cook is more of a pass-catcher than a blocker, but even so, he’s never caught more than 49 balls in a season. If he stays healthy, I would expect Cook to bring in closer to 70 receptions from Bradford.

Alec Ogletree was selected near the end of the first round, an athletic middle linebacker with some off-the-field issues. He steps into a defense that has a lot going for it. It may have taken a few years, but Chris Long is finally the defensive end deserving of the number two overall pick. Long and opposite end Robert Quinn helped the Rams tie for the league lead in sacks, with 52 on the season. That defensive front is SCARY good. Cortland Finnegan and Janoris Jenkins are physical corners, with Finnegan being the instigator in nearly every Ram fight. Jenkins has great ball-skills and should improve on his four INT’s in 2012.

It’s a shame, because I think the Rams really are headed in the right direction. They just don’t have the guns to push this division yet.

Bruce Arians has bounced around the league as a competent OC that never got his deserved chance to be a head coach in the NFL. But after taking over on an interim basis for the Colts in 2012, Arians got his shot in Arizona, bringing his offensive creativity with him. Suddenly the Cardinals are shooting up analyst’s boards like they’re the next sneaky good team. Uh… what Carson Palmer have you been watching? Yeah, the quarterback put up 4,000 years last year with the Raiders (should be your first and only necessary red flag), but that was all garbage time yardage spread out over numerous losses. To be fair, he’s a zillion times better than the Kolb/LindleyShelton travishamockery the Cardinals fielded in 2012. Now we get to find out if Larry Fitzgerald is still a dominant receiver that was just waiting for a non-challenged QB, or if he aged and won’t be the same monster.

The Cardinals have been a revolving door at running back for several seasons. This year they’re counting on Rashard “On IR by Week Nine” Mendenhall to improve their ground attack. Which says a lot about the depth behind him. Alphonso Smith and McBust Ryan Williams? This doesn’t look too good. Arizona made an attempt to improve its dreadful offensive line play when they picked guard Jonathan Cooper in the first round of the draft. Well… Cooper went down during the preseason, suffering a broken leg. He’s on IR now and won’t be back until next season. Well… it was a good plan while it lasted.

Arizona’s defense was respectable last season, in the top half of the league in sacks and second in interceptions. Calais Campbell and Darnell Dockett command attention from their defensive end spots. Karlos Dansby is back from a stint in Miami, filling in as a middle linebacker in Arizona’s 3-4 defense. They drafted Tyrann “Honeybadger” Mathieu, who needs to stay out of trouble and on the field in order to make a difference. (How long do we think it will be until he’s suspended for the ole’ pot?) Thankfully, Mathieu can learn from fellow corner Patrick Peterson on how to be a Pro’s Pro. (I don’t even know what that phrase means.) Peterson’s talent extends beyond just being a lock-down corner (most of the time) though. His skills as a kick/punt returner mean the Cardinals will be winning the mini-game of field position.

They’ll be slightly better! WOO! Thanks Carson! *Thumbs Up* 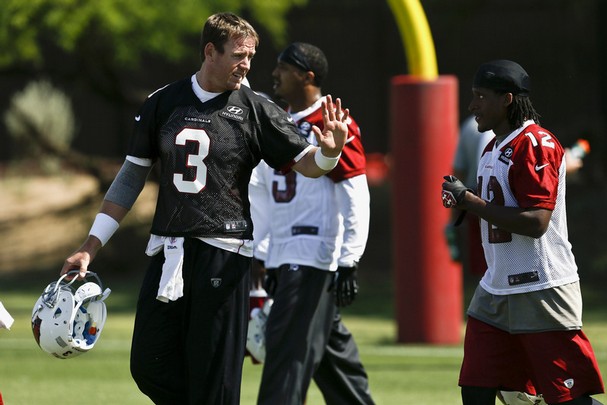 “I’m going to throw this many interceptions today.”

Yep! I think the Seahawks win the division and the Niners will certainly roll into a Wild Card slot. (You could also switch the teams around, but this is my take.) I do want to say I don’t necessarily think the Seahawks are better than the Niners. I’m really just under the impression that ‘Frisco’s injuries early in the year will have an effect.

Only two more divisions left! Keep checking back for more posts! (And click the “NFL Predictions” tag below for all the preview articles!)