There are so many questions to be answered in the NFC South in 2013! Will Sean Payton’s return to the sidelines spur an angry Saints team to return to greatness? Is Cam Newton ready to be more than a QB with great stats on a crappy team? Can Atlanta prop their Super Bowl window open for one more season? Does anyone think Josh Freeman will keep his job the entire year? 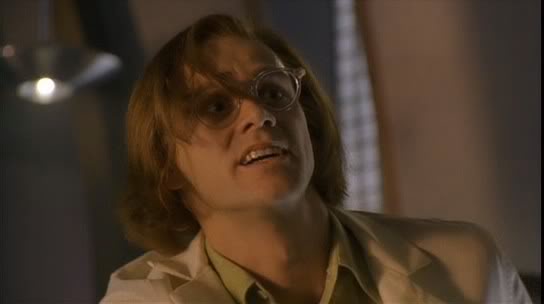 Okay, I get it. Let’s preview the AFC South!

Head Coach Mike- Matt- Mark- whatever his name is- Smith, manages to “play not to lose” more often than some would notice. (This is how they almost blew a huge lead to the Seahawks in the playoffs.) As odd as it would be to say, Smith might not have a lot of time to make good on the Falcons’ Super Bowl hopes. But he’s still got Matt Ryan! I’d like to take this time to officially retire the “Matty Ice” nickname. It’s just terrible and belongs on a douchebag’s street-hockey team. Ryan’s one of those quarterbacks that has been plagued by that silly “postseason performance” scale. He seems clutch at times, but his crappier games usually come in January. It’s true.

The Falcons brought in Steven Jackson to be their featured back, I think. I say that because Jackson was run into the ground during his time in St. Louis, so Atlanta may have replaced a worn-down back with another nearly worn-down back. Here’s to 3.7 yards a carry! The front office (and probably owner Arthur Blank) did everything they could to keep surefire Hall of Fame tight end Tony Gonzalez around for another year. And they managed to succeed. Gonzalez will probably get two days off a week, every week so he can be with his kids, push his juice line or help stop the sale of fur clothing. Whatever is more important. 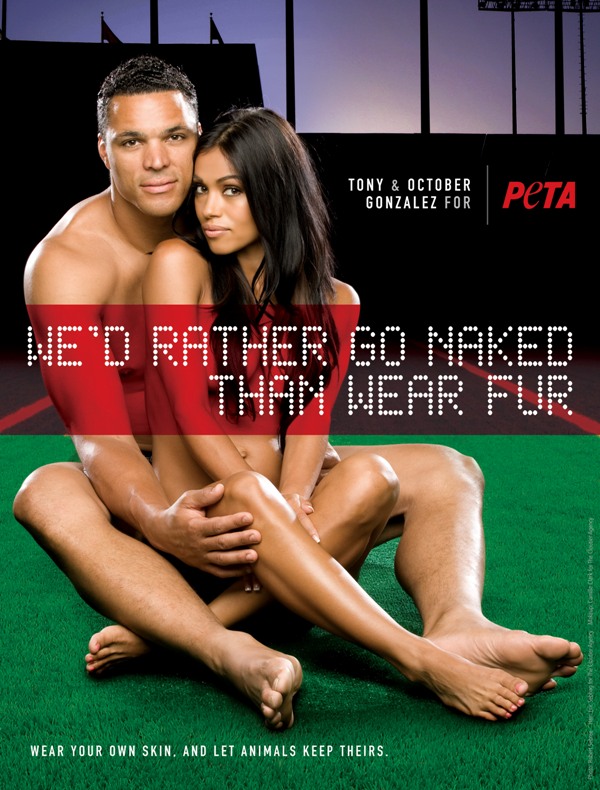 Atlanta’s defense has always had trouble getting to the quarterback outside of John Abraham. But wait, they signed Osi Umenyiora! Oh good, some other aged defensive end to replace the decrepit John Abraham, who left for Arizona. (That Ray Edwards signing was SO unhelpful.) Osi doesn’t have a lot in the tank anymore, especially not if he’s going to be relied upon to be the only real pass-rusher outside of the blue collar worker Kroy Biermann. Free agency ripped apart the Falcon secondary, with Brent Grimes and Dunta Robinson both exiting the team. Desmond Trufant was signed to stop the bleeding, leaving him and Asante “Calf Injury Waiting to Happen” Samuel as the team’s best corners. After those two, the depth is very thin.

Carolina has been on the rise ever since drafting Cam Newton, but they haven’t quite reached relevance with head coach Ron Rivera. Cam may be just one of those QB’s who is perpetually putting up huge numbers… and not wins. I mean, it’s not really his fault. You can tell he’s really trying on the field while really not giving a crap in the postgame presser. (I mean, he REALLY doesn’t care.)

Newton can run the ball better and more consistently than both of his overpriced running backs, DeAngelo Williams and Jonathan Stewart (really talented, already on PUP). Receiver Steve Smith is still going strong and punching teammates and being the worst professional athlete this side of Floyd Mayweather. 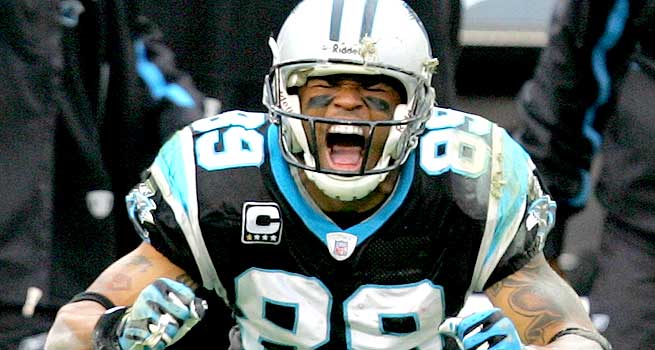 I hate him… SO much… it… flames…flames. FLAMES, on the side of my face…

It’s too bad that the Panthers have never found a receiver to play well opposite Smith. This year they’ll take another shot with Brandon LaFell, and let Tedd Ginn run around a lot, hoping he’ll see a pass thrown his way. Greg Olsen is a an over-sized wide receiver with slight crappier hands (but I still miss him), but he’ll benefit as the only real pass-catching threat aside from Smith.

Defensively, the Panthers might have the best front seven in football. No joke. I might think Charles Johnson (12.5 sacks in 2012) is overrated, but putting rookie DT Star Lotulelei in the middle of the defensive line between tackle Dwan Edwards (six sacks in 2012) and end Greg Hardy (11 sacks in 2012) means this line just got fierce. Behind that line, the Panthers only have the 2012 Defensive Rookie of the Year in Luke Kuechly. The second year linebacker has the instincts and blazing speed necessary to be an elite middle linebacker.

As good as the front seven is, it’s too bad Carolina has one of the worst secondaries in the NFL. When Captain Munnerlyn is your best corner, there are going to be issues. Mike Mitchell and Charles Godfrey are in for some rude awakenings at safety. Teams will want to pass, pass, and pass again on the Panthers. Unless the front four can get solid pressure, those passes are getting completed.

They can get to .500, maybe 9-7. But this team won’t have the offense to really propel itself into the playoffs.

Sean Payton is back, baby! And he’s got a brand new bag… or something. Drew Brees could have a monster season with Payton at the helm, if he decides not to throw ridiculous interceptions at the worst possible moment. I’ll be interested to see how effective the left side of the offensive line is without left tackle Jermon Bushrod, but Brees gets rid of the ball fast enough (most of the time) to bypass mediocre linemen. New Orleans got Robert Meachem back at receiver a year after he ran off to get that San Diegan cash. That’s actually good for them, because outside of the perpetually questionable Marques Colston and fantasy frustrator Lance Moore, I’m not confident in the Saint receivers. But Brees loves tight end Jimmy Graham, and for good reason. I’m not sure if there’s a tight end I like more than Graham, with his 6’7″ frame and ability to block out defenders in the red zone. Only 85 catches in 2012? Dude can do better than that.

There’s a new face in New Orleans! Look out for Rob Ryan’s patented crazy anger on the sidelines, but his real contribution will be a 3-4 scheme that can only be better than the 4-3 sieve-engine (I’m sticking with it) that the Saints claimed was a defense in 2012. Cameron Jordan should play like a first round pick coming off the edge as a linebacker in a 3-4, where before he was putting his hand on the ground on the end of the d-line. It’s where he belongs. Jonathan Vilma is still hanging around in Nola, but he’s not a great fit as a 3-4 middle linebacker. Payton traded for Niner linebacker Martez Wilson once Will Smith went down with an injury. Wilson isn’t spectacular, but he has experience in that system and can add a little rush off the edge. (Just a little.) Drafting safety Kenny Vaccaro in the first round wasn’t a cure-all, but he’s football-smart with the ball skills to contribute to this defense right away.

The changes in scheme/personnel should be enough so that the defense isn’t god-fuck-awful. That means ten wins!

Blah. This team has already left a bad taste in my mouth. Josh Freeman is going to have an extremely short leash from Greg Schiano, who clearly likes third-round rookie Mike Glennon. Freeman has done nothing but regress since his “break-out” season, whenever that was.

The Bucs have an awkward offensive line, made worse by Carl Nicks’ staph infection during the preseason. (That shit is serious. Their kicker Lawrence Tynes will miss the YEAR.) There is no timetable for Nicks’ return. Hopefully running back Smally McSmalls (Doug Martin) can still find holes to run though as teams clamp down and force Freeman to beat them through the air. Tampa Bay does have Vincent Jackson and Mike Williams as their starting receivers, which is actually a pretty solid combo.

On defense, the Bucs are all over the place. Gerald McCoy and Adrian Clayborn must take the next step in their development on the defensive line. If they can’t put pressure on the quarterback, this team will have trouble. Former Niner Dashon Goldson will now step in at safety next to second year man Mark Barron, giving the Bucs security at that position. Making the trade for Darrelle Revis, Tampa instantly upgraded their secondary for the second time in the offseason. Revis is coming off a major injury, but there’s no reason to think he can’t return to form. If he can, the Bucs get a shut-down corner and the defense gets a lot easier to scheme.

Two 10-6 teams, you say? Well, I like the Saints to squeak out the tie-breaker over Atlanta and win the division. The Falcons should make it in as a wildcard.

And there’s one more NFL division left to preview! I’m SO tired. Check back soon for the NFC North! (Click the “NFL Predictions” tag below to search for all the divisional predictions!)