In the NFC North, teams are scrambling to keep up with the Packers, who proved in last season’s playoffs to be anything but invincible. Now the gap has closed in a division that had three teams with double-digit wins in 2012. What does 2013 have in store for us?

Aaron Rodgers is arguably the best player in the league. But he was sacked 51 times in 2012, a number that needs to go down dramatically if Rodgers is going to stay on the field and keep producing at a league-high level. Green Bay’s offensive line will once again be suspect, especially since left tackle Bryan Bulaga is out for the year with a torn ACL. Josh Sitton is still one of the best guards in the league that no one talks about, but he can’t protect rookie David Bakhtiari on the outside.

Rookie Eddie Lacy was drafted to give the Pack a legitimate running back behind Rodgers, not that they’ll need him much during the regular season. DeJuan Harris is out for the season, so James Starks and Jonathan Franklin (the second RB the Packers took in the draft) will be the depth behind the pounding Lacy. And let us not forget John Kuhn, fullback supreme. Rodgers’s receivers are still a talented group, despite Greg Jennings’s defection to Minnesota. Jordy Nelson finds any and all openings while Randall Cobb can burn down the sidelines. James Jones gives them a nice three-receiver look, a design out of which they like to run the ball. And then we have Jermichael Finley, who I’m pretty sure is a hand-less ass-clown pretending to a tight end.

Is everyone still buying into Dom Capers as a defensive mastermind? I know he “loves to send the blitz” but getting rocked out of the playoffs because your team looked as if it had never even HEARD of the read-option before doesn’t instill any confidence in Capers’ abilities. Capers gets new first-round toy Datone Jones to get turns at defensive end in his 3-4 scheme. B.J. Raji is still a force at the other end slot, with Ryan Pickett “occupying” the middle of that line. At linebacker, the Packers are still rolling with A.J. Hawk. I mean, sure, okay. They still have Clay Matthews and his crazy hair coming off the edge, so the Packers can at least pressure opposing QB’s at times.

Last year’s rookie interception machine Casey Hayward will likely miss the first month of the season with an injured hamstring. But the Packers still have Tramon Williams (gave up some yards, but still a good corner) and Sam Shields to hold down the outside of the defense. GM Ted Thompson chose not to bring back Charles Woodson, so M.D. Jennings and Morgan Burnett are full-time at safety for the Pack. (Was Woodson even a safety last season? They used him all over the place.)

Again! Let’s face it. This team goes as Rodgers does. And he’ll go pretty far. 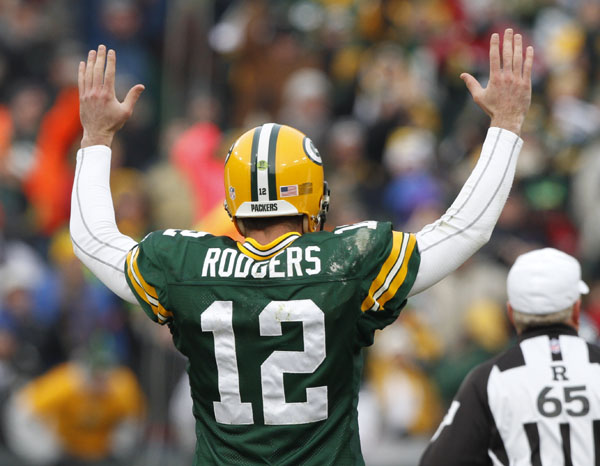 Where the Vikings really focused this offseason was at the wide receiver position. The Vikings traded away Percy Harvin to the Seahawks, but parlayed the draft pick they got return into a total of three first round picks. Signing Greg Jennings away from the Packers gives them a veteran at the position, albeit one that has an injury history. First-rounder Cordarrelle Patterson is very raw, but he can be used as a deep threat down the field as well as in the return game, as we saw in the preseason. Throw in tight ends Kyle Rudolph and John Carlson and the Vikings aren’t totally useless catching the football. This all comes back to Christian Ponder, the quarterback that I still can’t put my finger on. Oh wait, yes I can. He’s not all that good. I think he’s a career back-up and not a franchise QB, so look for him to be replaced by free agent Matt Cassel between weeks six and ten.  It’s lucky that either quarterback will still have Adrian “Where My HGH At?” Peterson, still in the prime of his career. While Peterson will assuredly give us another great season behind an o-line designed to run-block, it’s really unreasonable to ask him for another 2,000 yard performance. He will break down if overworked. Missing Jerome Felton will certainly bring down Peterson’s YPC in the first three games, so there’s that. Fullbacks are important too, yo.

Defensive end Jared Allen is in a contract year, so there’s nothing that tells me he won’t reach double-digit sacks again. Shariff Floyd was tabbed to anchor the middle of that defensive front. Kevin Williams was banged up in the preseason, but the stalwart defensive tackle shouldn’t miss too much time. Behind the line, Chad Greenway and Erin Henderson can add a few sacks while filling up the tackle stats. Drafting Xavier Rhodes gives them a corner that can eventually fill-in for the released Antoine Winfield. Chris Cook and Josh Robinson are ahead of Rhodes on the depth chart, but how long Robinson is there remains to be seen. Harrison Smith will improve in his second season, where he racked up 74 solo tackles and three interceptions.

A step back for the Vikings leaves them out of the playoffs. Wah.

For an in-depth look at the Bears and my prediction for their season record, click here! (That’s right, I just Bear-teased you. You know you like it.)

Detroit is a team full of problems. Matthew Stafford’s footwork last year was horrendous, bordering on laughable. He side-armed, pitched, and spewed footballs from every angle… over 700 times. He threw A LOT. Most of these throws went to his All-Pro receiver. Calvin Johnson + anyone would equal one of the best receiving duos in the league, but it’s been a while since Detroit had a viable number two to take pressure off Megatron. Guess what? That guy still isn’t Nate Burleson. And tight end Brandon Pettigrew doesn’t catch nearly as many passes as he should.

I have to say I thought the Reggie Bush signing was smart. It allows the Lions to ignore the running game like they always do and instead throw 90 passes to Bush out of the backfield. If you’re not going to run the ball, why pretend like its on the table and bring in pounders you’re not going to use? Bush fits this offense well. Riley Reiff is now the starter at left tackle, but let defenders through to the inside during the preseason. Stafford was sacked 29 times in 2012 and had six fumbles. He needs to stay upright to give the Lions a chance.

Drafting Ziggy Ansah gives them ANOTHER talented player along the defensive line. With Nick Fairley on the rise and Ndamukong Suh crotch-kicking anyone in his way, the starting Lion front four could be as good as any in the game. Here’s the real question though: How can I trust a defensive line that negates its sack yardage with reckless penalties? As intimidating as they are, they’re a group of brash idiots bordering on thugs. And I’ll blame a lot of this on Jim Schwartz, who acts like a braggart despite never having proven anything in this league as a head coach.

Unfortunately, I think the Lions are misunderstanding how this “defense” thing works. If the back seven sucks, there’s only so much the front four can do to disguise their deficiencies. Detroit’s safeties Louis Delmas and the newly-acquired Glover Quin are certainly serviceable. But their group of corners (led by Chris Houston and second round pick Darius Slay) leave a lot to be desired. 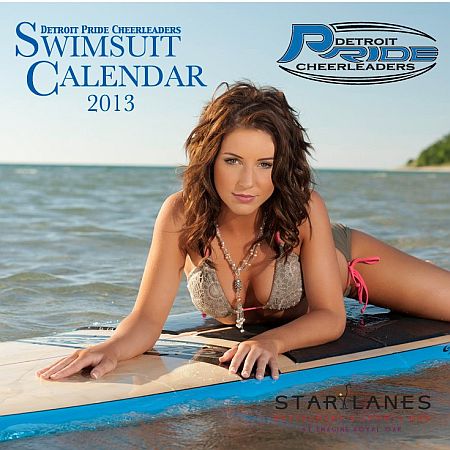 But they got cheerleaders in 2010. So there’s that.

Yep, the Packers get this division for the second straight year… shit. Did I just give away the Bears prediction! NOOO!

No more predictions for you! Now comes actual football games and analysis! Click the “NFL Predictions” tag below to find ALL the divisional preview posts!