It’s been a while since we had ourselves a good ole’ fashioned wrasslin’ chat. Last night’s Survivor Series gave us plenty to stew over. Even though Sub Par Kurt and I were chatting during the show, we took to Facebook Chat this morning to figure out where the hell things stand. It started off stupidly enough (as it usually does) with this exchange…

Sub Par Kurt: Weird gripe nothing to do with last night BUT… Ryback. What is his nick name?

MAJ: I assume just mass. Cause he’s “big,” or something.

SPK: So I was curious, and looked up weights, kayfabe obviously. And he’s the 8th heaviest. Seven technically ‘bigger’ guys than the big guy.

MAJ: Yeah. He’s just roid-fueled. Not actually all that big. How much does he weigh?

MAJ: Oh Mark Henry. I think I’m gonna try and get in a Survivor Series post today. I’ll feed ya some questions.

SPK: I’ll eat some answers. Wait… No I’m sticking with it.

So we talked months ago about the possible endings for the main event of Night of Champions. We decided that Sting having the tile would be uninteresting and that Sheamus cashing in would be SUPER uninteresting. That meant Rollins needed to retain the title that night. Now that Rollins is out, has that stance changed? Who should have walked out last night with the belt? I’m pretty sure Sting would have been awesome last night, were he healthy. (Still a question mark.)

SPK: They need something, and at the time Rollins was the most talented heel. He can get boos anywhere and perform nightly at a high level… Which let’s look at how ironic it is that previously he always talked about not getting hurt.

The rationale for Sheamus, supposedly, was that people would boo Roman (the Del Rio match was full of that) and it’s okay to boo a heel champ (Sheamus) but not a face champ (Reigns). A healthy Sting can be saved for a surprise.

MAJ: But are we booing Sheamus? Or are we indifferent to him (because of months of shoddy booking) and instead booing a crap ending?

SPK: I’m indifferent, but it’s funny how reigns is a Sisyphean hero in this regard, so close but can’t reach that brass ring or hang on.

MAJ: They’re trying wrap the Daniel Bryan underdog storyline around a guy that looks like Roman Reigns. I’m having a hard time with that.

SPK: They have Cenafied him. They want him to be a more positive version of the Rock. No heel turns, and that’s boring and white-washed.

I had a tiny hope for Ambrose or Owens, but I knew Reigns was going to be the focus with some shenanigans at the end. There was a glimmer of a failed cash-in with that Reigns kick-out after the first brogue kick, but then they followed up another just seconds later and ended the tease. But where was Dean to save the day? They man-hugged MOMENTS earlier! It was just lazy booking to end it the way they did.

SPK: Dean makes Reigns more interesting. And let’s be real if Ambrose won the tourny we could have had a fish tank on Raw! We all want that! “I’m talking to Nemo, Maggle!!”

MAJ: Dean NOT winning probably makes the most impact of anyone. I really need that character fleshed out and a couple months of champion Ambrose would have gone a long way. Right now he’s all potential wrapped in a tank top and a lot of “crazy” nicknames.
And paired with a shitty move set. I said it.

SPK: His bounce back clothesline isn’t doing it for you?

We had two mystery Survivor Series matches last night. We were complaining during the first one (on the pre-show) about how the New Day shockingly wasn’t involved, only to see them later in another unnannounced “traditional SS match.” What’s the point of this event without stakes to those matches?

SPK: Last year they made it Authority vs John Cena’s face team. Now I feel like everyone is in a mini faction or has an alliance with someone somewhere. So work some storylines into that and BAM, interesting Survivor Series! None of these were done! The focus was ultimately the WWE title leading up to now thanks to Rollins’s busted knee. (Which he pedigreed AND power bombed Kane after hurting so Rollins is my hero but still…) Storylines took a back seat to a poorly booked tourny.

MAJ: Last year’s match was AN EVENT. It had so much build, and the stakes were off the freaking charts. This year it was “Hey, we’re gonna wait until the moment the match starts for you to know what’s going on with these 20 wrestlers.” It was just some Face v Heel teams. I mean, come on. They’ve had time to plant a seed or two since Rollins was injured. It could have worked.

SPK: Why wasn’t there a Divas Survivor Series match? I guess they don’t have enough but it would have been better and more developed! Team BAD doesn’t like the other 2 teams and PCB isn’t a team! I guess numbers prevent that.

SPK: Why isn’t New Day feuding with anyone? I thought Sheamus would feud with them after they abandoned him, but Sheamus with the title? That doesn’t make sense.

MAJ: No one’s good enough to feud with them. Honestly, I feel like the Dudley Boyz came out of their feud looking BORING. That’s saying a lot. The guys who PUT PEOPLE THROUGH TABLES aren’t all that fun?

SPK: Well at TLC they will be useful.

MAJ: Yeah, we can maybe get the table match that never happened during the first feud. That whole feud feels like it came on way too early, looking back on it.

SPK: Great pop at the time, but now relegated to pre-card shenanigans.

Although Goldust being back was actually awesome

MAJ: Oh we’ll get to Goldie.
The Undertaker and Kane won on the Dead Man’s 25th anniversary spectacular. I say that because nothing interesting happened here, especially since Bray Wyatt went against all real-world logic and didn’t pick his LARGE MONSTER MAN to fight the Brothers of Overweight Destruction. Kayfabe annoys me sometimes.

SPK: I honestly thought it would be a two on four. And they make Rowan job so hard now.

MAJ: Gingers. Can’t use ’em for anything.

Seriously though, that match was about 80-100 pounds overweight.

SPK: It wasn’t that bad, one last run for the Brothers of Destruction is good, it just couldn’t carry the show.

MAJ: It was fine. It was like a highlight reel of past stuff, mostly. Still fairly entertaining.

SPK: Where do the Wyatts go from here?

MAJ: I don’t know man… they never win anything. And it doesn’t seem like they care. But they could have every title if they wanted them. No faces have titles, so what do they do? I honestly have no idea.

SPK: No faces have titles, that’s the thing. Who is even going for the IC or US titles right now? No one! We had one title match last night. I’m not counting divas because if anyone thought Paige was winning is dumber than Eugene. (Who by the way, has a hot wife in real life so good for him.) 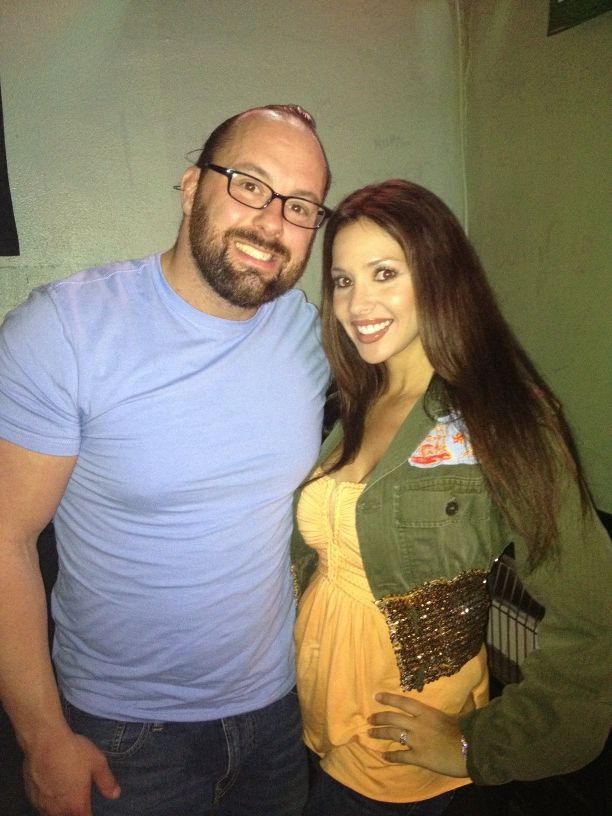 MAJ: Yeah, the Wyatts don’t have a target unless this Taker / Kane feud lingers. And it probably will.

Speaking of… hey, a Diva’s title match without my two favorite Divas! Charlotte beat Paige. This feud’s not over though… am I right? *cringe*

SPK: They could have easily had a short match with Sasha and Becky, it would have been awesome, and they already have a history. They work well together and I love them both.

MAJ: We all love them (I think). Sigh. We’re just all still waiting for this Divas division to really take off.

SPK: I want Becky and Sasha to be more relevant. And let’s be honest Bayley is ready and her merch is good.

MAJ: Oh for sure. We just can’t have her leave NXT juuuuuust yet.

SPK: I know, but she’s so… Ugh she’s great. And Becky is great. And Sasha. But they don’t get the push.

SPK: Well If your daddy was a wrestler That’s right I said it Cody. Charlotte. Hornswoggle

MAJ: …That last one hurts. But it’s true. And I like Cody and Charlotte. But Stardust’s BS has taken up way too many primetime match slots.

SPK: I like them too, but it’s not inconceivable and they got pushes faster than what’s common. Paige too. Her daddy was a wrestler. And her mom.

SPK: The Rock. I don’t think that’s the whole story, but more less connected individuals haven’t made it than connected haven’t. That said if Lacey Von Erich wants to wrestle again I’m down.

MAJ: Other stuff happened too? Breeze got a clean win over Ziggler. Del Rio and Zeb are still doing this MexAmerica thing. Oh yeah, and the night’s surprise was relegated to the pre-show when Goldust returned to antagonize his younger brother. Do we feel things about this stuff?

SPK: I don’t like Breeze but Summer is okay as a ring escort, Zeb doesn’t make sense but would be funny if he got Swagger and Owens to form their own group… Nafta!! Goldust is a welcomed return but will scrounge around mid-card with occasional atomic elbow tributes to the American Dream!

Truly these are hard times, if you will.

MAJ: Yeah, I’m enjoying Breeze and Summer a lot right now. Otherwise I’m worried about the injuries. Cesaro being out for a while will huuuuurt.

SPK: They need an infusion, something to make an instant story line. Because right now what is it? Reigns doesn’t get title, New Day is hilarious, Ziggler wants revenge? This is as clean of slate as ever, which could be good but with such bad ratings they may not be able to afford a string of misses.

MAJ: So we’ve got RAW tonight, which I may or may not watch live because Fallout 4 is ruining my life / enhancing my wasteland survival skills. Are we both under the assumption that the goofy-ass joke that has been Sheamus is now just the Authority’s new “Chosen One?”

SPK: Okay about that, I love confetti as much as the next guy, but did that seem like a botched segment? Would it not have been cooler if Sheamus attacked Reigns as the confetti was falling so it was hard to see? And why did Roman spear Triple H?

MAJ: It was all odd. Roman just wanted to be a dick and attack the boss? We’re setting up weird anti-hero territory here. And it was clear something was gonna happen because that match with Ambrose finished way early.

So Sheamus is just replacing Rollins, I guess?