This will mark the first instance of wrasslin’-related writing on Mostly Average Joe. Long has the “sports entertainment” been a staple of my viewing proclivities. It was there for me as a kid and after a hiatus during my grade school years, I re-discovered it in high school and have been hooked ever since. Now with the WWE Network, I’ve been spending time catching up on all the PPV’s I missed while staying current with all the live events. I love technology. The network allowed me to start watching last night’s Money in the Bank Pay-Per-View from the beginning as it was still airing. Seriously. This is what I’ve been waiting for my whole wrestling life.

If you watched MITB, then you were treated to a quality card, but one that wasn’t without its booking flaws. There were some great choices and awesome showings for some characters, but some of the wins were predictable, bland, or forced. Here are the notes I had from Money in the Bank.

-The Usos rightly defeated the Wyatt Family in a fast-paced tag match to open the show. The tag straps are almost certainly going to Rowan and Harper at some point, but there’s no need to rush and under-sell the Usos, who are one of WWE’s few legitimate tag teams. The double tag and frog-splash to end the match was especially creative.

-I don’t like Adam Rose or his party gimmick. I don’t think it plays well on TV, and it didn’t seem like Boston was in love with it either. On the flip-side, Damien Sandow is effing committed to these costumed roles as of late. He made the Paul Revere get-up worth it by screaming “the elbow is coming!” Right before dropping an elbow, of course. 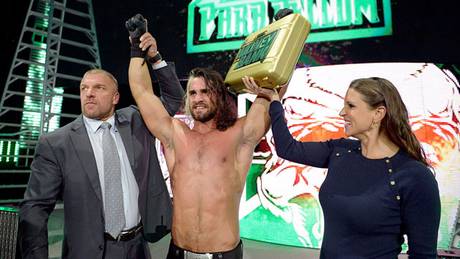 -The first ladder match was of the traditional contract briefcase variety and saw the super-pushed Seth Rollins emerge victorious, thanks to Kane’s interference at the end of the match. The crowd was flipping out when they thought the “injured” Dean Ambrose would snag the case, but we were treated to red flamies (yes, flamies) as Kane entered the arena and tore Ambrose down. Rollins was the predictable choice to win the contract. But why kill his feud with Ambrose so soon? Surely there was more to do with those two without Rollins getting another massive push? I was all over the idea of a Dolph Ziggler win, but I knew better than that. Still, the match was spectacular and entertained me more than the title match. But little did I know that the WWE would do even less to stun me in the main event.

-The Paige vs Naomi bout was way better than I was expecting, thanks to Naomi’s pure athleticness. That girl came to WRESTLE, YO. Paige has had a solid run as champion and she’ll have traction even when she loses the belt at some point. (Which I hope takes a while, because I enjoy seeing Paige on television often.) 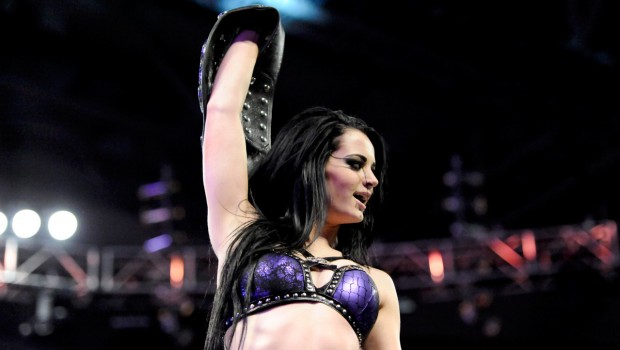 -The Rusev/Big E feud is turning into Apollo Creed versus Ivan Drago. And not in a good way. This last match was a near copy of the version at last month’s PPV, with a few new wrinkles thrown in. It ended with another tap-out from Big E…that took about 15 seconds longer to reach than the first time. And did we all see how odd and terrible Langston’s promo was beforehand? Just awful. I’m sorry I paid attention to this match the second time around.

-Add Layla vs. Summer Rae with special referee Fandango to the pile of initial pass-over.. I saw some pelvic gyrations as I fast-tracked through, so it got a look from me. And I feel terrible about it. There were a few wry smile-inducing spots during the match, but nothing notable. This just helps build stories for that Total Divas reality show, right? Otherwise, what’s the point?

-I hate the Rybaxel tag team. With a passion. I’m sorry. Ryback sucks and I swear is on steroids. The only thing that made their match tolerable was Cody Rhodes as Stardust. That’s just hilarious and awesome all at the same time. Rhodes has always been a decent in-ring performer, he’s just needed a character that sticks for longer than six months.

-The ladder match for the WWE World Heavyweight Championship was heavy and full of characters primed for success. This could have ended a multitude of different ways, especially with eight solid contenders in the ring. I thought we were ripe for a heel turn or alliance-swapping somewhere in this match, but instead we were treated to great individual performances that were rendered secondary by yet another John Cena title win. Did we really need the belts on Cena right now? Is the company’s earning projections so harmed by the network’s low pick-up rate that only John Cena’s heroic uh… heroness will save them? 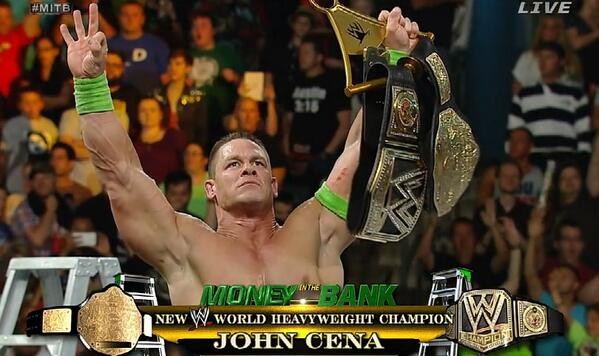 Honestly, Rollins and Cena were the safest, most obvious of choices. A win from Bray Wyatt, Cesaro, or Roman Reigns in the main event would have done wonders for the stale championship storylines that don’t include the still-injured Daniel Bryan. But the WWE clearly doesn’t have faith in any of those choices. Cena won the belts for a 15th time, which is just ridiculous and proves how often the company feels the urge to have him be the center of attention. Will he still have the belt in time for his reported match against Brock Lesnar at SummerSlam? Or does he drop it between now and then, possibly at next month’s Battleground (likely because of a Lesnar run-in)? One can only hope.

I was jonesing for Money in the Bank to be the unpredictable “bringer of change” that it gets billed as, but instead the results were more of the same. Hopefully the WWE doesn’t linger on the safety nets too long, because MITB desperately needed some danger.

Other thoughts on Money in the Bank? Let us know!