Let me paint a picture for you: I am bored at work one afternoon, g-chatting with one of the only individuals in my office that is A-near my age, and B-worth talking to personally. We’re going to call him “Jon From Work.” We start as we usually do, with some snide comment regarding a recent piece of sports news. This time, it was the ridiculous news that Browns owner Jimmy Haslam paid the government $92 million dollars to avoid prosecution for his company’s crimes. 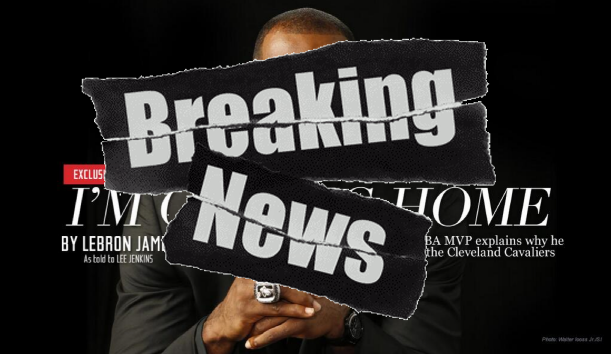 Here’s the transcript of that now-legendary conversation. (Edited for poor spelling and context, because we don’t need to look like the idiots we know we are.)

Mostly Average Joe:  How does one settle a court case… WITH THE GOVERNMENT
http://deadspin.com/browns-owner-avoids-federal-prosecution-with-massive-se-1604799901/all
“Sure, we’ll let you slide on this… as long as you pay us a shitload of money.”
Jon From Work:  Isn’t that how the government works?
“Pay us a shitload of money.”
MAJ:  Fuckers.
WTF.
JFW:  Yep.
MAJ:  That’s cool. No need for justice or any of that tomfoolery.
JFW:  Come on, you’re old to know that rich people have a different set of laws than us lowly common folk.
Money buys freedom.
MAJ:  I know. But still. Don’t they have to occasionally throw one of these assholes to the wolves? Just to give us a sliver of hope?
JFW:  They probably should. Next guy who doesn’t own an NFL team probably will get 15 years in rape-in-ass prison.
But not an NFL guy.
Didn’t the Colts owner drive drunk and not even get a ticket?
MAJ:  I was surprised the NFL didn’t leak Irsay’s punishment ten minutes after LeBron‘s decision.
JFW:  lol. That woulda been the time to do it.
MAJ:  Seriously. You could have hidden a Tom Brady PED suspension under that news.
Okay, well maybe not that, since ESPN loves its Northeast.
JFW:  Okay, new game… within 20 minutes, what news would have trumped LeBron’s Decision 2 (Electric Cav-aloo) — only sport things?
So a Tom Brady PED positive test.
…Any top 5 QB dies or has a positive PED test.
MAJ:  Oh shit…
Anything MAJOR NFL-related…like, the disbanding of the league.
JFW:  Or LA getting a team. (BWAHAHAHAHA)
MAJ:  HAHAHAHAHA
This is a good game.
I dunno? The LeBron thing’s pretty big news.
Jordan coming back out of retirement?
JFW:  Nothing hockey. (‘Cept a ‘splosion that blew up the Stanley Cup and about 20 players – but that’s not strictly sports.)
MAJ:  A Jeter retirement announcement. *eyeroll*
JFW:  I think the list might be NFL disbanding / NFL team to LA / top 5 NFL QB PED test… notice a trend here…?
MAJ:  Yep.
JFW:  I cannot think of one baseball/hockey/basketball story that would have interrupted the first 30 minutes of LEBRON coverage… (other than like, terrorist/disaster acts which don’t count in this fucked up question).
MAJ:  Right? I mean, any of the major leagues (NBA, NFL, MLB, maybe NHL) being forced to shut down, but otherwise I’m not sure any non-NFL sport is getting through.
JFW:  The Stanley Cup Finals being fixed/players betting on it would only get a bottom line and a “later today, we’ll cover something shocking in the world of hockey.”
MAJ:  hahaha
Jeter PED’s?
God, this is a small list.
JFW:  Jeter’d be big news BUT I don’t think it would interrupt, other than “coming later.”
I mean, ESPN and Sports Illustrated LeBron-gasmed for the entire day
MAJ:  I’m gonna need to look back at this list later. This is an awesome idea for an article.
JFW:  hahaha. Glad I could be some inspiration
MAJ:  Inspiration? Shit. I’m gonna quote you.
JFW:  Would a Nascar wreck involving more than five deaths even get a cut-away?
HAHAHA
MAJ:  HAHA
I was laughing at Nascar death.
JFW:  Not laughing at deaths. Laughing at quote.
MAJ:  Whoops.
JFW:  hahahahaha
Literally LOL.
MAJ:  In-sport death would depend on the league, but it’s a contender.
JFW:  Not AAA ball, but a MLB death would likely get some coverage. The time spent is dependent on the player.
MAJ:  Okay. Major League In-Sport death.
Like, dunking and breaking the backboard, which falls and beheads someone.
JFW:  Hockey season is done, so no re-signing or trade would do anything.
SO done with that sport.
Oh god.
“Beheads someone.”
Jeeeebus.
MAJ:  What? Just saying. RATINGS.
JFW:  “A local player was decapitated today after posterizing Darko Milicic.”
MAJ:  “John Wall was decapitated today after posterizing Darko Milicic.”
That could break in.
JFW:  And we have it – DEATH (by ridiculousness) or major NFL something.
That’s the list.
MAJ:  That sounds about right.
…God damn the NFL.
JFW:  lol

So that’s what we’ve got! A follow-up discussion the following morning involved what would have happened if LeBron announced his decision during a World Cup game. I was all-in that ESPN would cut-away and show his presser. ESPN2 can have the Cup. But then a further brainstorming session came up with the following additions:-Anything major to do with the Dallas Cowboys.

-Anything major to do with Tim Tebow. Like, Tebow signing with the Cowboys. This and the event above are almost exclusive to ESPN, because let’s face it, they love their Cowboys and their Tebow.

What do you think? What sports-related news would have one-upped LeBron and stolen the spotlight? The only stipulations are that it’s a sports-specific event and doesn’t involve acts of terrorism/violence due to outside interference. Leave some comments, because we’re dying to know. Not literally though. That’s not funny. Unless it involves Nascar, the thought of which I apparently find hilarious. I’m a horrible person, I know.