Thursday Night Football brings us another winning combination of sub-.500 teams and lays it out on primetime television for all to see and jeer accordingly. But we’ll still be watching, make no mistake about it. Let’s preview this trash-heap!

Adrian Peterson is now in the unenviable position of being the greatest running back of my generation… with the crappiest selection of quarterbacks to hand him the ball. This week’s participant? The same as last week. Christian Ponder is under center for the second straight game, which means the coaching staff didn’t trust Josh Freeman on a short week. Freeman will have to start another game this season, otherwise his acquisition was a total waste. Ponder is a serviceable threat at times, especially with his legs in the redzone.

Washington has become a fascinating team in a division ripe for the taking. With no team owning a winning record, the fact that RG3 is returning to form might be the difference in who takes the NFC East. Pierre Garcon went ballistic in their win over the Chargers on Sunday with 172 yards. And Jordan Reed is an emerging young tight end. But Washington’s offense starts with their running game, which is sixth in the league. If they can establish themselves early against Minnesota, Washington might just roll.

Honestly… who knows. RG3 could run around a lot? Adrian Peterson breaking tackles? Camera shots of Zygi Wilf crying into his booze after being forced to pay an additional $15 million in legal fees on top of his $84.5 million in damages. BOOM. 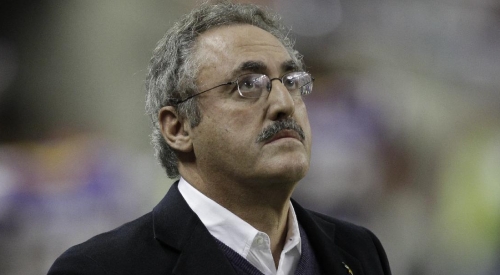 Just one tear? Just one?

Enjoy the game everyone! It’ll be on my DVR while I attend a screening of Thor: The Dark World. Peace out!