Another week of football is upon us! Week 15 begins tonight with an AFC West rivalry in primetime. The number one seeded (for now) Broncos are welcoming in the treading-water Chargers for what should be an entertaining match-up. Let’s dive into this game a little deeper, shall we?

Following a blistering start to the season, the Denver Broncos have cooled only slightly, with two losses in their last seven games. Peyton Manning is as bionic as he ever was (mostly), but the cast around him has been slipping in and out of the line-up. Tonight Wes Welker will not be on the field as he is still recovering from a concussion he sustained on Sunday. But Peyton will still have Eric Decker (who had a four TD game two weeks ago) as well as Demaryius Thomas on the outside. He won’t be lacking for weapons. Denver’s defense will need to create plenty of edge pass rush if they’re going to keep Philip Rivers and the Charger offense from making this a complete shoot-out. 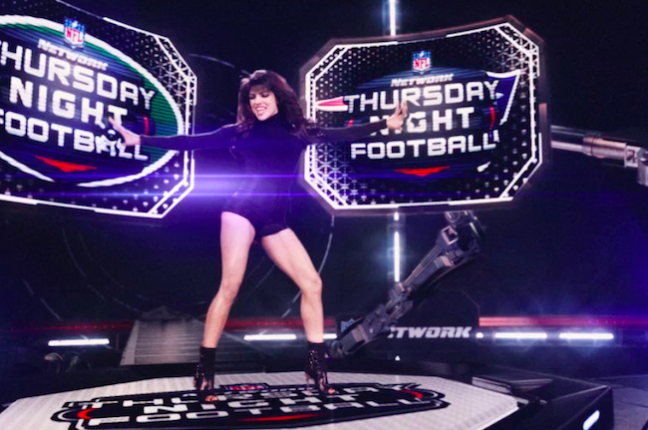 But at least Priyanka and her spanx will show up, right?

Speaking of those Chargers, they’re insanely hot and cold this season. Their passing game is ranked fourth in the league, but it’s supplemented by a poor running game that tends to fumble too often (hey Ryan Mathews), forcing them to use the scrappy Danny Woodhead in situations where he isn’t most effective. (Short yardage. Goal line.) San Diego’s defense is a travesty however, and that will likely be their undoing tonight. Their pass rush is ineffective at best, so Manning might be able to sit back and tear the secondary apart. Eric Weddle is a great safety, but unless he pulls in three interceptions tonight, the Chargers can’t slow down the Bronco offense.

Because Peyton Manning is playing and everyone either wants to see him succeed or fail in cold weather so we can keep the dialogue surrounding this over-used criticism alive?

Also, because since he’s only five touchdowns away from tying Tom Brady’s record mark of 50 in a single season, Manning could make history tonight. And I would love to see him light up the Chargers as Philip Rivers throws woeful interceptions.

Enjoy the game everyone! Get some online Christmas shopping done while you’re at it. I know you’re not finished yet…