Man, we’re in week 11 already? That’s depressing. The second half of the season continues as teams jockey for playoff positions or fall off the postseason radar entirely. That is evident in Thursday Night’s AFC South divisional match-up. Both teams are coming off terrible losses, so each will be aching for a win. Let’s preview this game, shall we?

With impressive victories over the Broncos, Seahawks, and 49ers, the Colts were riding high. But without Reggie Wayne, the offense has sputtered. It took an entire half and a collapse from the Texans for them to beat Houston. And last Sunday? They were demolished by the Rams and the living weapon that was Tavon Austin. The Colts are a statistically average team in every area besides rushing defense, where they are pitiful. Against the Titans, they’ll square off with Chris Johnson, who can every now and again have a bust-out game. Andrew Luck can’t have another three interception outing the Colts hope to stretch their division lead. 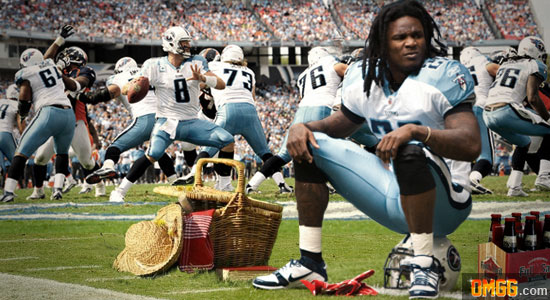 If Chris wants to actually show up and play.

Johnson will be the focal point of the Titan offense, especially now that Jake Locker is done for the season with a Lisfranc fracture. Ryan Fitzpatrick will be under center, so expect at least two terrible interceptions, one of which will likely be a boomerang. The Titans will be fighting for their playoff lives, as 4-6 put them in a deep hole. (And means they won’t be winning the division with a loss to a 7-3 Colt team on their record.) If they’re to have life in the AFC, it has to start now.

The Colts were a pseudo-contender. Now? There’s no telling how far they’ve fallen. If they drop another game to an “inferior” opponent, you have the evidence to honestly question their legitimacy and chances of making it past the first round of the playoffs. And then we can judge them mercilessly and declare that “Andrew Luck is the worst quarterback ever and should be benched for Tim Tebow.”

Enjoy the game everyone! I hope it doesn’t blow.