The NFL season is nearly a quarter complete, but we’re no closer to really figuring out where some of these teams really belong in the rankings. A meeting of undefeateds, a meeting of winless squads, and a few new starting QB’s are among the week’s top stories. It’s time to get into The Opening Drive!

Trap of the Week. If only because the Ravens are my Jekyll and Hyde team of this season and the Bills are liable for weird “pull out of the ass” wins. Moving on.

Cleveland is on course for another season where they are “better than their record would indicate.” Without a talented back to run the ball, Brian Hoyer will once again need to air it out to compete with Andy Dalton and A.J. Green. Look for Jordan Cameron to have another big game, if only because he has to if Cleveland is going to keep it close.

Eep. Arrowhead Stadium is a terribly difficult place to play, and the Giants are a uh… terrible… team. All the Chiefs need to do is not turn it over four times and they’re going to beat the Giants by 15-18 points. Eli Manning would have to do his best Alex Smith impression to give his G-Men a chance. But that Chief defense will be frothing at the mouth, as at least two starting offensive linemen for New York will be on the sidelines.

Oh London. I hope you’re happy with this debacle of a football game we’re sending to you. These teams are pretty much already on the outs when it comes to the playoffs, but this game is made interesting by the insertion of Matt Cassel into the starting lineup. Christian Ponder’s “rib injuries” will keep him on the sidelines while Cassel hands off to Adrian Peterson. The Steeler defense should be able to contain him, for the most part. And LeVeon Bell should be in the Steeler backfield, giving Ben a decent (?) running game for the first time this season. 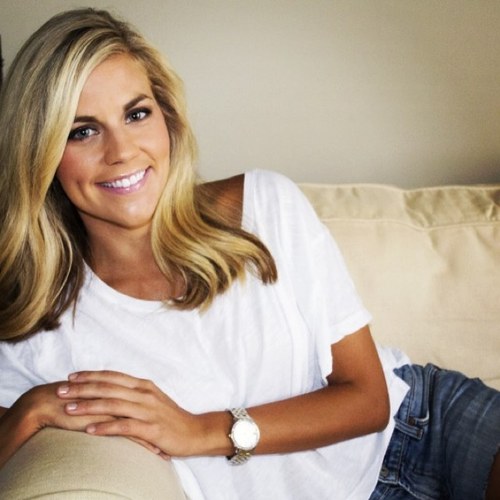 But Ponder is still married to Samantha Steele… so… still got it.

I’m almost positive I don’t give two shits about this game. Wait, you say third round rookie Mike Glennon is starting for the Buccaneers? STOP EVERYTHING. This match-up has every ingredient to be shitty: decent defenses, inconsistent offenses, rookie quarterback, Carson Palmer. Need I say more?

I keep hearing about how the Jaguars have had success running the ball against the Colts in recent years. Well, those Colt teams didn’t just knock around the San Francisco 49ers. These Colts aren’t going to let these Jaguars derail their chances to pull ahead in the AFC South. Just try it Blaine Gabbert. Just. Try it.

It’s not too much to think that the Texans could put up a fight at home against the Seahawks, who are very different on the road, as we saw in their opener playing the Panthers. This game will probably be way closer than anyone realizes. (Besides Vegas, who has the Seahawks favored by three.) Seattle has to lose at some point, and the Texans will be itching for a win after that showing versus Baltimore.

I could spend time talking about how I think both of these teams are better than we think, and that Rex Ryan’s defense is a fantastic unit so far in 2013. But I don’t care enough. This game has 11-8 written all over it.

…Is there anyone questioning the outcome of this game? ANYONE? Philly’s defense can’t get off the field and their offense keeps turning it over. And the other team has Peyton Manning. I’m not wasting further keystrokes on this one. 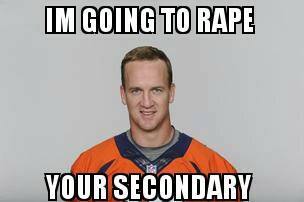 Isn’t it HILARIOUS that between these two teams there is only ONE win, and its for the Raiders??? GOD THAT’S FUNNY. With no Pryor (concussion), the Raiders will have Matt Flynn under center. They’re going to need to be a more traditional offense without some of the explosiveness that Pryor has shown. Still, the Washington defense is effing terrible. Effing. Terrible. I feel like this could be Oakland’s second win.

I’m not sure there are two teams I enjoy watching lose more than the Cowboys and Chargers. These teams, who have really been mirror images of each other with their “talent” and “failing when it matters most,” are meeting in what can only be a collision of alternate universes. I’m predicting 19 interceptions and 15 touchdowns.

The Patriots will be without Danny Amendola and Rob Gronkowski for another week. Against a lesser team (ya know, the Bucs or something), those absences could be overcome. Versus the Falcons, it might be more of an issue. Tom Brady will need Julian Edelman and those rookie receivers if that Patriot defense doesn’t control Julio Jones. (Which no defense has really done in 2013.) Atlanta needs this game, so I’d be surpised if they don’t win at home.

Monday Night Football brings us an undefeated treat in week four, with the surprisingly defensive Saints hosting the feel-good Dolphins. In the Superdome, I have to give the nod to the Saints, who can find ways to exploit the Miami defense. Unless one team really craps the bed, both will have engineered great starts to the season.

And there you have it. Enjoy the weekend’s action and let me know what you want me to talk about in The Final Drive!