Week eleven begins in earnest on Sunday as the bulk of the week’s action gets underway, with some real exciting games on in primetime. There’s a PS4 sitting a few yards in front of me (that I haven’t played yet), so pardon if I seem at all distracted during this post. I’m trying to be responsible and write first. Let’s get this Opening Drive started NOW!

I’ve already proclaimed the Bills irrelevant. This week the Jets get a chance to win two games in a row for the first time this season. Will we see the team that pounded on the Saints? Or the team that was drubbed by the Bengals? I honestly have no idea. I’m just banking on E.J. Manuel not being good enough to win.

If ONLY Cleveland had something better than an average quarterback on the roster. Jason Campbell is fine and hasn’t pushed the envelope too much, but the Bengals have a potentially explosive offense. Still, with the way these defenses are playing, I’d be surprised if the final scores were separated by anything more than a field goal. Because AFC North.

There are things to like about Washington’s offense, there are. When Alfred Morris gets going downhill, he can cause major problems for defenses. But they haven’t been consistent enough to make up for their lack of ANY DEFENSE WHATSOEVER. Philly’s run stopping is way better than you’d think (14th in the league), so if Nick Foles continues his 16-0 TD to INT ratio, there’s no reason the Eagles can’t win at home.

Ya know, this is exactly the type of game that past Lions team would lose. After a tough win on the road in Chicago, they’re traveling again, this time to Pittsburgh. The Steeler defense is lacking turnovers and their offense is struggling to produce points. But…. it’s Detroit. They could crap their pants here. 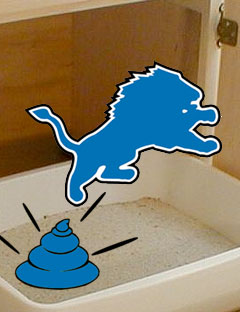 Unlike their previous meeting this season in Atlanta, these squads are going opposite directions. Atlanta continues to crumble via injuries, while the Bucs have improved with Mike Glennon at quarterback and have their first win under their belt. Tampa’s defense won’t have many threats to shut down either, as Roddy White is still hampered by injuries and Harry Douglas and Tony Gonzalez might not even play. (And their fullback Jason Snelling was arrested for marijuana possession. This theme will continue later…)

This time around, I’m SURE the Bucs can beat the Falcons. Greg Schiano… if you fail me…

I like the Cardinals. I do, in spite of their Carson Palmer attachment. Even on the road against the Jaguars, who are looking for two wins in a row, I like them. Their defense will be more than enough to shut down what little offense the Jaguars can muster. As long as Carson doesn’t throw boomerangs and Bruce Arians doesn’t avoid Andre Ellington getting touches, the Cardinals can and should win.

Houston has lost seven straight contests, but it clearly has been making progress with Case Keenum under center. The Raiders? They’ve been regressing since earlier in the season. It looks like Terrelle Pryor’s knee injury will keep him out of this one, as rookie Matt McGloin has see a decent amount of first-team reps during practices this week. And if you’ve have Matt McGloin starting, you’re going to lose the game.

I’m already disinterested in this game.

The Chargers have excelled at times this season, but they’ve fallen apart at inopportune moments. The Dolphins are a mess, especially on the offensive line, where a sick Mike Pouncey could keep a third starting lineman out of the game on Sunday. That would be especially troublesome against a team with a solid pass rush, which the Chargers do not have.

Hey gurl. How YOU doin’?

Now THIS is a game! The offensively challenged Niners are in New Orleans, trying to stem the tide generated by their close loss to Carolina last week. Facing the Saints though, they’ll get more than they wished for. This isn’t a “get better” game for San Francisco. This is an “oh shit” game. Tight end Vernon Davis might play after suffering a concussion in his last outing, but if he doesn’t? The Niners can only hope the Saint run defense is as bad as it was against the Jets. Otherwise there is no way they’re matching points with Drew Brees.

Scott Tolzien??? AGAIN? Blah. I’m not into the Packers without Aaron Rodgers. And the Giant defense rebounded well after a craptacular first few games. Eli Manning’s had the benefit of a rushing attack with the return of Andre Brown to the starting line-up, but the Packer defense (with fat dudes up the middle) is designed to clog up interior running lanes. I like the Giants here, but it’s impossible to feel great about them.

Percy Harvin obviously milked this injury so he could return for this game. The game where his opponent is the team that traded him away to Seattle. And if he only makes two or three impact plays, that’s two or three more than the Seattle offense is good for. Adrian Peterson is always a risk to have a huge day, but Minnesota can’t hang with the Seahawks.

So I’m very glad that everyone is so excited for this contest. Honestly, I am. (And let’s thank CBS for allowing this game to be flexed to NBC.) But I think we’re in for a rude awakening here when it comes to the Chiefs. I fully expect them to get smoked on Sunday. It’s not that their defense isn’t formidable and can’t emulate and improve upon the formula the the Colts used when they beat the Broncos earlier this season. I just know the Chief offense is very one-dimensional, with Jamaal Charles being the catalyst for nearly everything they do. Alex Smith won’t beat Peyton Manning with six yard passes. Unless Manning’s ankles are worse than we’re hearing. Dwayne Bowe will be on the field, despite his arrest for speeding and marijuana possession. (Theme continued!) Credit him for asking the arresting officer if the nearby Sonic was still open. Priorities people.

Week eleven’s primetime games keep the drama coming on Monday night as the Patriots come off their bye week to take on the Panthers, winners of five in a row. The Panther front seven could give the Patriots fits by shutting down the returning Shane Vereen and Stevan Ridley in the running game. But maybe Brady and company just spread out the defense and pick them off with spread passing? I wouldn’t even tempt that Carolina defense. Cam Newton’s best defense against the Patriot’s production? Handing it of up the weak middle of the Patriot defense and keeping Brady on the sidelines.

And that’s a wrap folks. This kid is going to spend his remaining Saturday hours engrossed in the awesomeness of his PS4.

LAY OFF ME I’M GAMING!