Indie rocker Jenny Lewis dropped a wondrous video for the new single off her upcoming album The Voyager, which is due out July 29th. In “Just One of the Guys,” you’ll see Kristen Stewart, Anne Hathaway, and Brie Larson as her bandmates…. and as Adidas-clad bros. That’s right. You read that correctly. Click that play button, friend.

-YOU GUYS, LOOK AT KRISTEN STEWART HAVING FUN! ISN’T IT AWESOME WHEN SHE SMILES AND DOESN’T HAVE POOPYMCGRUMPYFACE? Seriously, it looks like she’s happiest when she’s not busy worrying about being “attractive” or how she’s perceived. ….Wait… she makes SO much sense to me now.

-There’s so much Adidas going on here. Where can I find these fine-looking products on store shelves? Also, Lewis’s pantsuit. Someone I know needs one, I’m sure.

-Should I have been more intimately aware of Brie Larson and her works? I know the name and face, but going through her IMDB I have apparently seen nothing which features her as an actress. Whoops.

-Anne Hathaway is just effing adorable. I thought the short hair wouldn’t do much for her, but I was SO wrong. It’s just amazing. 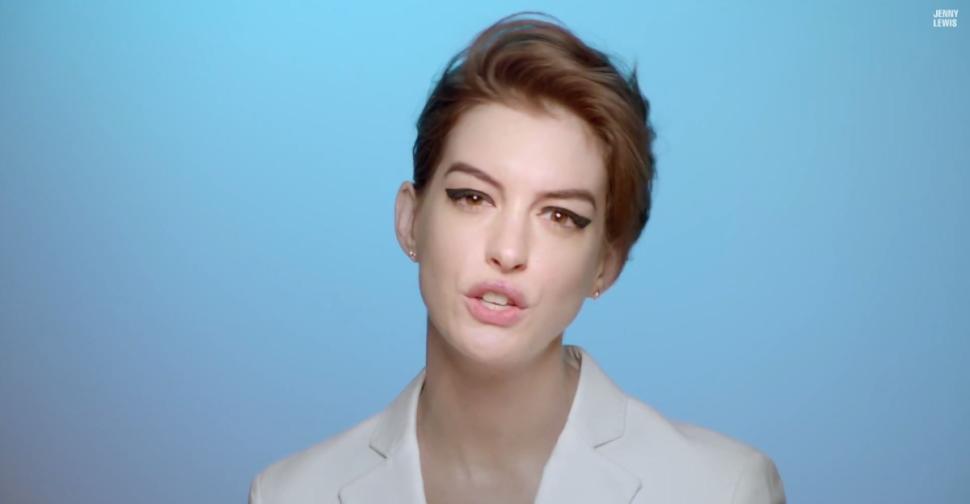 You know what doesn’t do anything for her? This effing mustache. 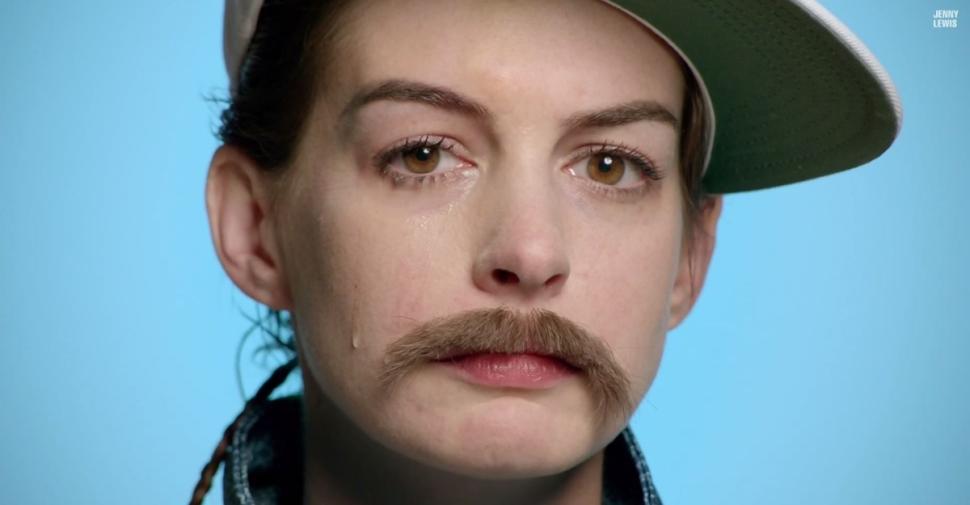 I just can’t with this.

It’s a terrible thing to put on Anne’s face. This is the second most soul-crushing thing I’ll see in my dreams, right after my most recent sleep-theatre’s production in which my iPhone was horribly broken. You guys, it was the worst. I woke up in an anxiety-fueled fit and had to check on all of my iDevices. Why did I have to put a black case on my iPad mini??? IT’S SO HARD TO FIND IN THE DARK THAT WAY.

-I’ll be honest, I’ve barely heard any Jenny Lewis in my day. Which is strange, because she’s clearly right up my alley. I’m all about ladies with guitars. (It’s a thing.) Thanks to this publicized video and delightful tune, I’m about to get all up into her music. And that’s the point, isn’t it?

“Just One of the Guys” can be found on Jenny Lewis’s upcoming album The Voyager, which is due out on July 29th. I’ll leave you with this image. 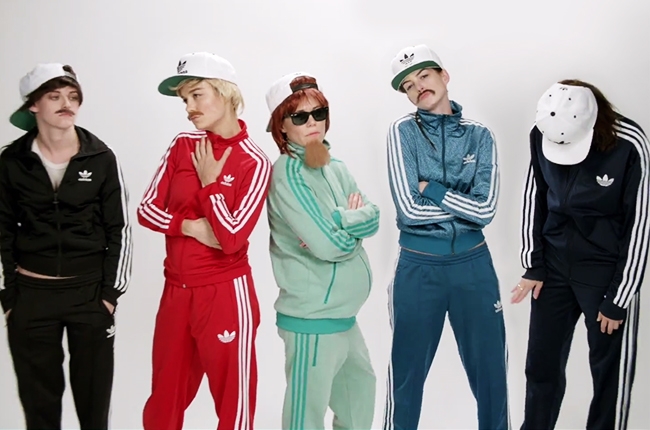