It’s been far too long since I shared a viewing of a random pop star’s music video with you fine folks. Well wait no longer! Today we’re watching the latest video from Ellie Goulding, who clearly needed to get in on this epic video war. Everyone’s stepping up their animal game, yo.

– So that was a trip and a half. Things really started getting crazy for me when the horse showed up. But I’m getting ahead of myself here…

– Does anyone else think that Ellie always look TINY? Like, I mean she looks 4’11. The internet says she’s 5’5″, but I really don’t believe that.

– Is she dating Multiple Man AKA James Madrox? That’s the only way to explain how there’s three of him yelling at her at one time. It’s not a metaphor or symbolism. This video only can only be translated literally. 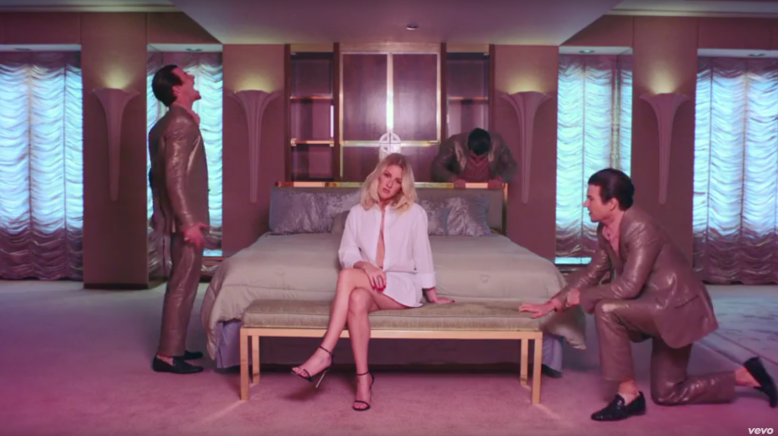 – I also think it’s hilarious when they’re all fancy and dressed up but they’re just eating at their kitchen counter. It makes them seem like actual people… sorta.

– And then the horse rode in and shit got real. All of a sudden she’s on the Vegas strip… and she has a one-woman posse… and then they ride into a casino… with bats and guns? The video morphs from a pop song into a deleted scene from Casino in the span of about fifteen seconds. She might as well be Sharon Stone at that point.

– This song is addictive as hell. The video is just as good.

That’s it for now! I’ll be back next week with another video daily double! Everyone have fun and be safe this weekend. And like Ellie’s video proves, sawed-off shotguns make everything more fun. Remember that while you’re trick or treating.