It’s no secret, I enjoy most Judd Apatow comedies. And he’s been extremely successful the past decade, pumping out comedies as a writer, director, or producer. Judd’s back as that last identifier, this time teaming up with one of my favorite comediennes, Amy Schumer.

Here’s the red-band (Rated R, so fairly NSFW) trailer for Trainwreck! (Here’s a link to the safe version for those of you that don’t walk on the wild side.) Watch as Amy Schumer’s drunken girl with a penchant for one night stands falls for a sports doctor. Or makes dick jokes, either one.

-JOHN CENA. Oh man, do I LOVE his inclusion. Not only because I’m a huge wrestling fan, but I legitimately believe he gets turned on by his own working out. (Sorta.)

-LeBron James. His role doesn’t seem to poke fun at himself as much as Cena’s, but clearly LBJ coming in demanding to watch Downton Abbey is comedy gold.

-Bill Hader, leading man? Don’t get me wrong, I love seeing Hader in this kind of role, but maybe this is the type of sway Apatow holds now. He can get a non-BRODUDE in the male romantic interest spot.

-But let’s really talk about Amy Schumer. She’s absolutely perfect and is the main reason I’m excited for Trainwreck. This role appears to suit her brand of filthy humor, right down to the large penis aversion. If you’ve never seen Inside Amy Schumer on Comedy Central or any of her stand-up, you’re missing out.

This is what I’m talking about.

Are you as excited as I am for this comedy? If you’re not, you can just get out. GET. OUT. 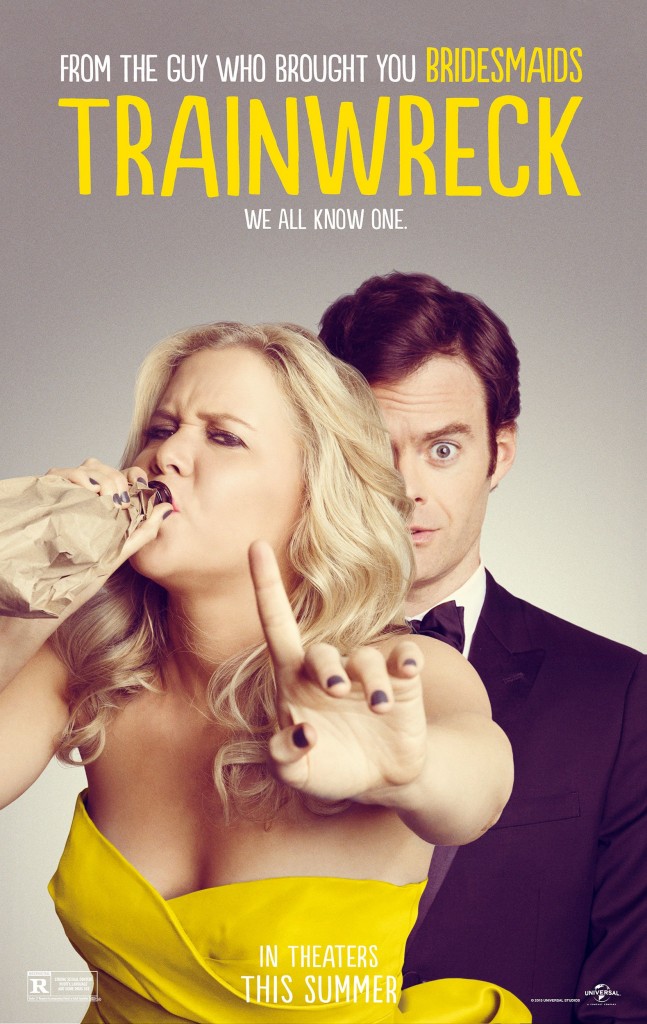 Trainwreck is scheduled for release on July 17th, 2015.