Alright everyone, two years after the initial entry, The Hobbit trilogy is set to end this December, with The Hobbit: The Battle of the Five Armies. The trailer debuted over Comic Con weekend, and now has made its way to the wooded lowlands of our trailer park. Nock your arrow and fire at the play button!

-FIGHT TIME! Seriously, it looks like we’re going to get a crap-ton of action in this flick. Between dragon-scorching and orc/man/elf/dwarf/eagle wars, we should get our fair share of “epic fantasy violence.” Which means I’m all in. (Elves FTW, just FYI.) I know there’s a lot of backlash over these movies for being over-produced piles of plot-stretching and CGI, but I can’t help how entertained I am by them.

-Speaking of all that busy, I’m questioning when we’ll even have the time to resolve that newly-added “Nercomancer” side-plot. (If they resolve it at all. In-depth book-readers will have more of an answer on that one.) Between those fight scenes and inter-mixed politcally-charged war-mongering, when does Gandalf have time to deal with that creeper? He was still all imprisoned at Dol Guldur when last we saw our sometimes useful wizard.

-Adding in Pippin’s song from The Return of the King was a eerily perfect touch. But it does also feel like a “hey, remember those other wildly successful movies? This one’s like, almost the same!” tactic.

-That White Orc is back to cause some McTrouble with his stick arm. Why hasn’t anyone killed him yet again? It better be so Richard Armitage can straight up decapitate that fool. But I’ve loved Manu Bennett (Arrow, Spartacus) as Azog.

-Is it just me, or are there too many uses of “the” in the title? I mean, The Hobbit: Battle of Five Armies works too. If you need another article, then placing one in front of “battle” or “five” would be acceptable, I ‘spose. I dunno. Maybe I’m just being odd with my syntax. 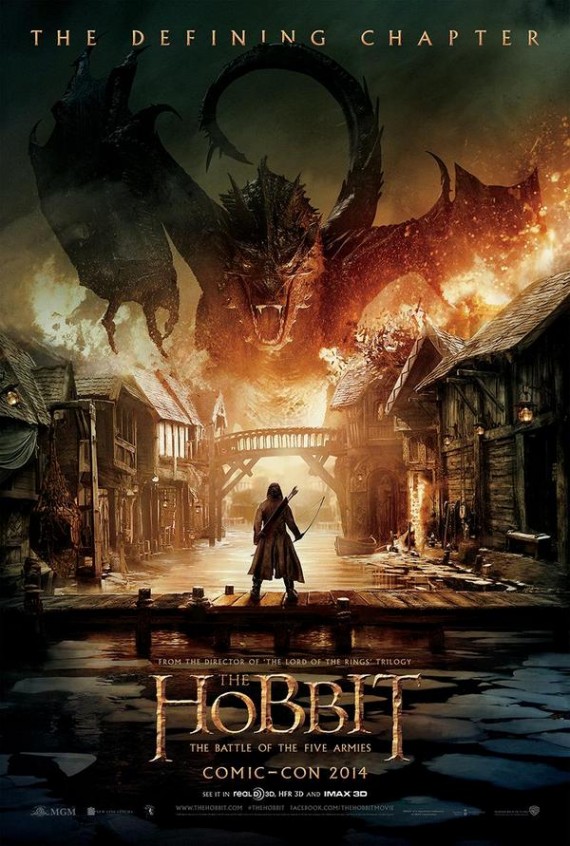 The Hobbit: The Battle of the Five Armies releases on December 17th, 2014.