We got a short-ass teaser for this teaser trailer a few days ago (too much teasing) but now it’s finally here. The trailer for the newest installment for one of my favorite sci-fi / action franchises. Let’s watch an aged Arnold in action!

-I still can’t get over the spelling of Genisys. I’m gonna need that explained to me at some point in this movie, if not the next trailer. I NEED to know why someone felt it was necessary to change the spelling of genesis. I don’t care if it was some jackass boardroom CEO in the Terminator film-world or not, but I can’t leave that chad hanging.

-So we’re following the events of the original movie, only the timeline’s been changed. That’s right y’all, this ain’t no reboot. Oh the timelines, they are a’changin.’ (I want to put in Watchmen now.)

-I actually loved how they mimicked many of the same early shots of the original Terminator, right down to Kyle Reese rummaging through a department store for clothes. And it’s perfect for the timeline-hopping plot they’re going for.

-Speaking of Kyle Reese…man do I not enjoy watching Jai Courtney. He’s such a bland, default action star. I’ve only enjoyed him in Spartacus: Blood and Sand, but the internet had to remind me that was in fact Courtney and not some other random actor. Everything else I’ve seen him in has made me want to punch his face until he looks less vanilla. That’s bad, isn’t it?

-Emilia Clarke is a bad-ass, even if she makes for a tiny Sarah Connor. “Come with me if you want to live.” OKAY! YES MA’AM!

-We saw barely a glimpse of Matt Smith. Sorry Whovians, you’ll have to wait your turn for your time-lord whatshisface to get some screen action.

-So spoilers for plot here: apparently this timeline Reese is jumping into features an older Arnold Schwarzenegger/Terminator, who has been raising Sarah since she was orphaned by a (different?) Terminator when she was nine. She calls this Arnold “Pops.” I shit you not. This unit has become more “human” and will obviously help protect her from the incoming Terminators that are surely coming to kill Sarah.

-We have a new T-1000! And he’s a PERSON OF COLOR. Yeah, take THAT! Oh wait, he’s the bad guy… in opposition to some white people. I’m gonna just keep moving on then…

-I need that music theme in my life at all times. I would do everyday menial tasks with a fire-fight level of intensity.

This trailer is pretty awesome, but that’s not always an indicator of how good the movie can/will be. I’m of the mind that every action trailer should be balls-to-the-wall awesome, because how hard is it to pull two minutes of awesome footage together out of those kinds of movies? All that said, I’ll be seeing this one. It’s a no-brainer. Terminator gets my money.

How are you feeling about this trailer? Yay? Nay? Go away? Let us know! 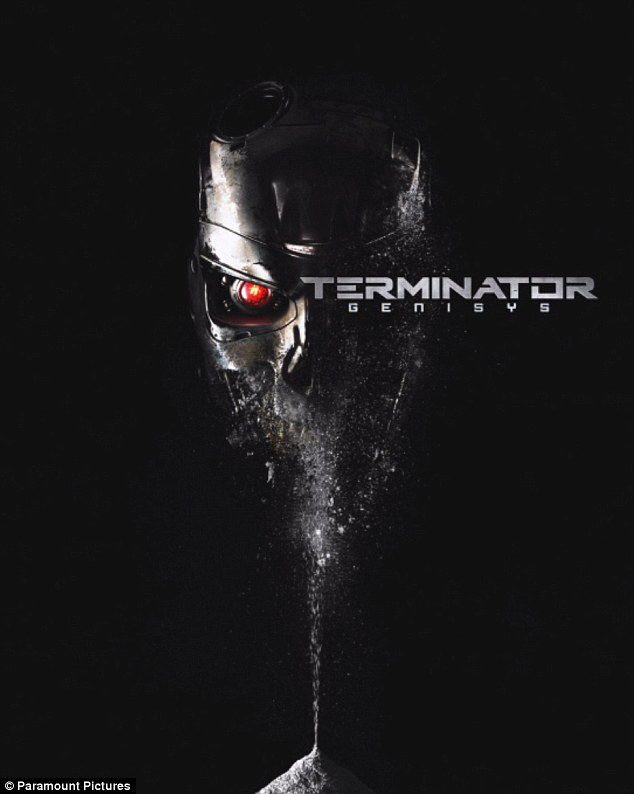 Terminator: Genisys is scheduled for release on July 1st, 2015.