Some of my readers are aware that my educational background is based in theatre. Even fewer readers know that I now semi-hate theatre, especially Shakespeare. Look, are his works good? Sure. But I’ll be damned if he isn’t overdone to hell. Just like the Beatles, Shakespeare is still all over the place despite being far from current relevance. Oh, so your theater company is staging a provocative new interpretation of The Taming of the Shrew? SO IS EVERYONE ELSE. Find something NEW. Anyways, when I heard that Michael Fassbender would take the center role in a movie adaptation of Macbeth, I had the idea it would be “good,” but personally boring like other Shakespeare-to-screen iterations. Now that the trailer is out, let’s see if I was on the right track.

– HOLY FUCKING SHIT. DID EVERYONE ELSE JUST SEE THAT? I’m asking because that’s EXACTLY WHAT I WOULD WANT TO SEE and maybe it’s just YouTube reaching into my brain and pulling out my desires and putting them on the screen in what is now the new internet norm. You could be watching a trailer filled with Fassbender in puffy shirts and surrounded by fancy tapestries and I’m watching what looks like Braveheart on cocaine.

– Truthfully, I don’t remember a ton of Macbeth outside of death and subterfuge, but I do recall witches who forsee the future or something. If the movie skips on supernatural forces, I’ll be upset. Creepy witch action is the only thing that can make this trailer better than it already is.

– Marion Cotillard for the win! I’ve liked her ever since she shanked Batman. (And maybe before, but sticking a shiv in the Bat gains some attention.)

– I hadn’t realized how sorely I was missing massively epic medieval battle scenes. I want slews of sword-carrying grunts running at each other in a fit of unmatched rage.

– There’s a lot of “buzz” surrounding this film from the various festivals where it was shown. Which means I actually might see AND like an Oscar-worthy film. Doubly-crazy.

– I’m gonna restate the obvious and say that Michael Fassbender appears to be the supreme badass in this trailer, at least up until he becomes a king and stops actively warring with rival nations. Then he simmers down a wee bit. Still, I’m all in. 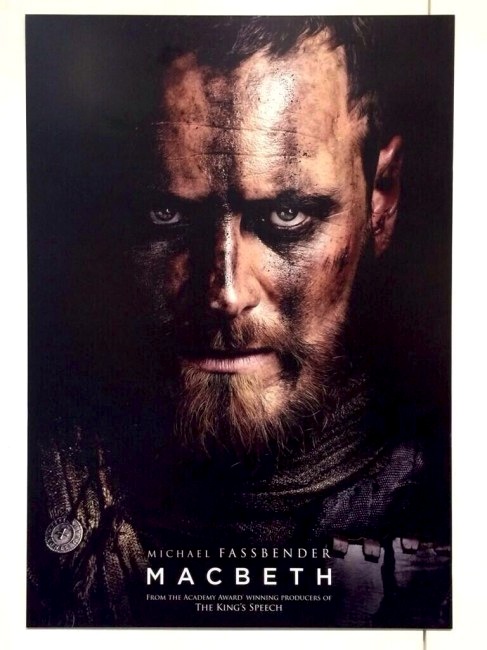 Macbeth doesn’t have a scheduled US release date yet. That’s upsetting. It comes out October 2nd in the UK.