Last Thursday a blockbuster trailer dropped for a movie that will undoubtedly break records. It featured a character reveal that fans have been waiting for ever since he was announced. This is not that trailer. This is a trailer for POPSTAR: Never Stop Never Stopping, from Andy Samberg, Jorma Taccone, and Akiva Schaffer, or as they’re known: The Lonely Island. Get you some.

– I feel fairly qualified to give my thoughts on this trailer, seeing as how I own and jam out to all the Lonely Island albums on the REG, YO. They make surprisingly consistent appearances in my music rotations.

– The Lonely Island boys excel at nabbing famous singers / actors for their songs and convincing them to make a fool of themselves. It’s great. They got Michael Bolton to dress up as Jack Sparrow, Erin Brockovich, and Scarface all in the same video and sing “this town is a pussy just waiting to get fucked.” Hugh Jackman sings about a woman with “one sassy titty” hanging out. Norah Jones croons over Chex Mix. This is some silly shit. And I love it.

– This flick has Samberg clearly taking visual cues from the Biebs, And probably some character cues as well. Okay, so this is a Bieber movie, if he was funny and not abysmally sad.

– Sarah Silverman is never a bad option for anyone. *wistful sigh* 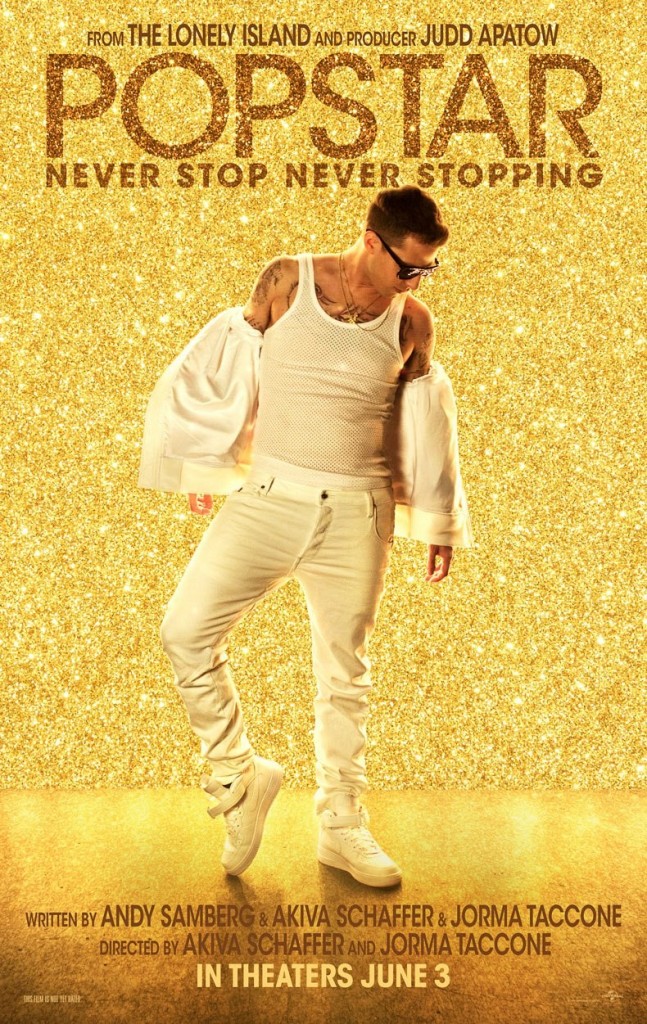