Everyone hold onto your butts, THIS IS NOT A DRILL. We have a Jurassic World trailer, and it hits my childhood right in the dino-loving feels. We’ve waited 13 years for another JP flick, and after all the rumors and speculation, it’s a mere months away. But we don’t have to wait anymore for the trailer! PRESS PLAY.

-First of all, HOLY SHIT. This was a really great trailer, no matter how the final product ends up. If you’re looking to build up hype for this two decades-old franchise, THIS is how you do it.

-Plot-wise, we’ve obviously moved past the point of Dino-Park start-up. (They definitely used Kickstarter.) Now we’re onto the “World Renowned Theme Park Which Needs More Money Because Operating Costs For Housing Fucking Dinosaurs Are Outrageous” stage of the business. And that’s why we need a crazy hybrid dino. Because normal dinos are already BORING. Stupid kids.

-There’s already a lot of bitching about the CGI-ness of the dinosaurs, and all I can say is: cool it, brah. There’s still plenty of time to clean that up in post-production. There’s also going to be way more practical effects than we’ve seen at this point.

-DID YOU SEE THEM FEED A SHARK TO THAT THING? WHY IS IT SO SCARY AND LARGE? HOW THE HELL DO THEY EVEN HAVE IT IN A TANK THAT STOPS IT FROM KILLING EVERYONE?

We have a GIF. Thank you internet.

-I want more Judy Greer in this already, but I feel like she’ll be a mom for five minutes in the beginning and that’s it. Wah.

-Chris Pratt is either riding a motorcycle alongside raptors who are running away from something, or he is leading trained raptors into battle on the back of his mighty steed. It best be the latter.

-Speaking of the Pratt, I’m fine with his “not quite so funny tough guy” role. He can’t be a snippy asshole in everything. Let’s see some hot man RANGE.

-I’m hoping to see just ONE kid get eaten in this movie. You can’t tell me they all survive.

-The single-keyed iteration of the Jurassic theme is just as creepy/foreboding as they intended it. Once I realized the melody, I freaked. You did too, don’t lie. 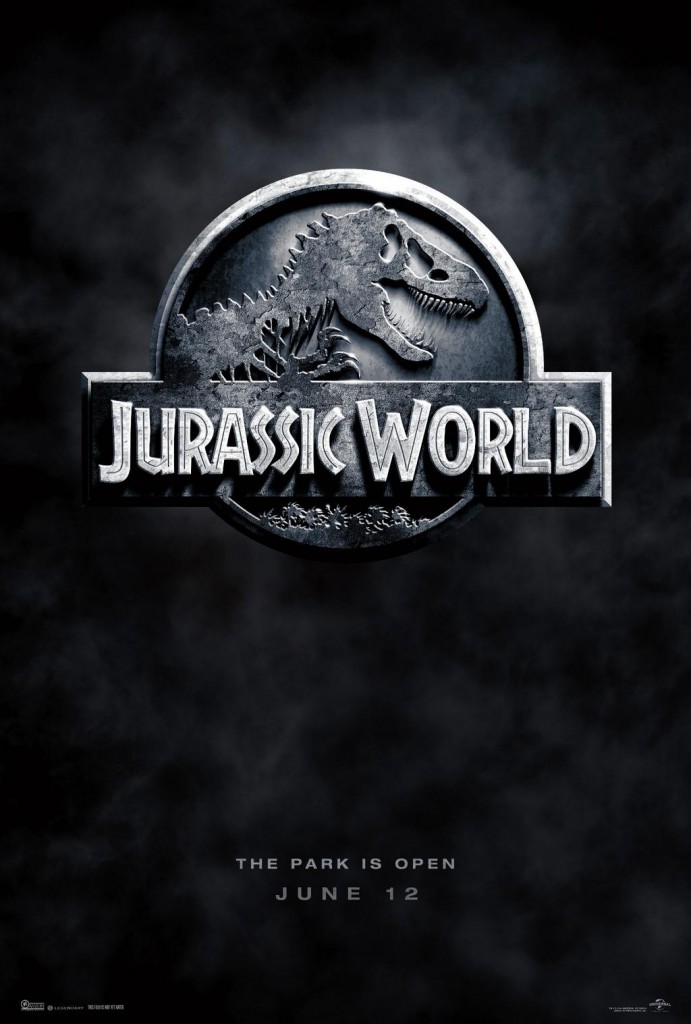 Jurassic World is scheduled for release on June 12th, 2015.*

*Which means a Thursday night showing would take place on June 11th, this ranty writer’s 30th birthday. So I’m launching the #JurassicWorldBirthday2015 hashtag right now in anticipation. I usually don’t draw attention to my birthday, but I don’t care right now. You’re not even reading this anyway, you’re just watching the trailer again.