After being briefly introduced to the Godzilla-reboot back in December with a teaser trailer, Legendary Pictures has released the official trailer for their re-boot of the most famous Kaiju of all…

I’ve been an obsessive fan of the monster since I was a kid. Even though I’ve seen it hundreds of times, King Kong vs. Godzilla is still one of my favorite “anytime” movie choices. Fans of the ‘Zilla series were left distressed after the mess that was Godzilla: Final Wars. American fans haven’t gotten a decent release ever, because the 1998 Roland Emmerich version starring Matthew Broderick was a woeful disaster. (And didn’t even look like Godzilla. Stupid redesigns.)

But this? THIS is what a full-scale Godzilla movie should look like. Rampant destruction. Panic in the streets. Scientists incapable of explanation. All the best moments of a Cloverfield without the limited scope of a shaky-cam. Bryan Cranston and Ken Watanabe add a level of credibility to the cast, but I can’t get over the trailer’s look and feel. We got a few more hints towards the actual plot with references to historical Pacific nuclear tests’ actual purpose being Godzilla’s destruction, after the creature was initially awakened. Cranston’s dialogue even suggests some sort of government cover-up. But no matter the story, this is a midnight movie for me. How about you? 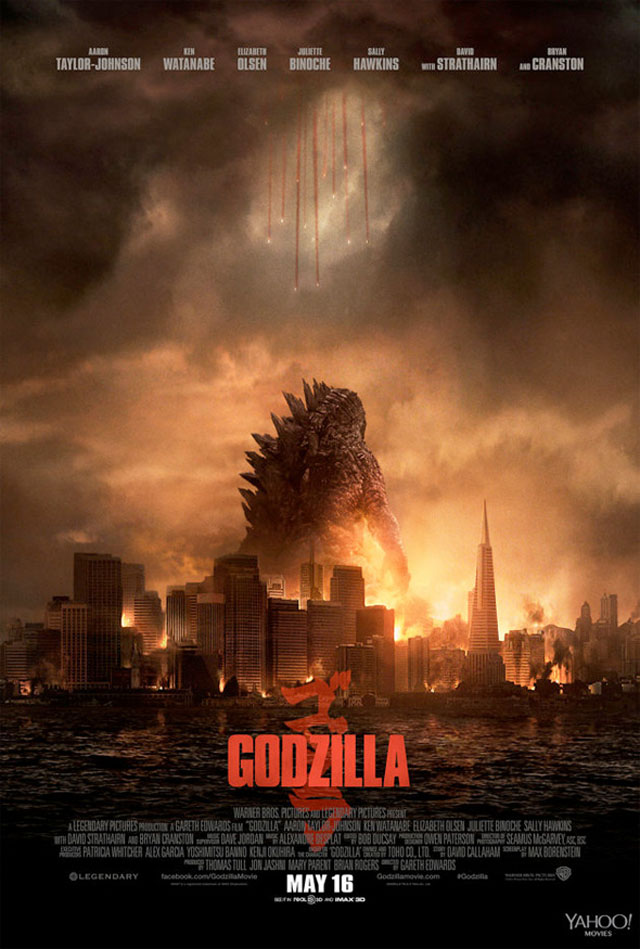