There have been countless iterations of Dracula across all the various types of media since the novel arrived in 1897 from Bram Stoker. Some have been successes while others have been less than memorable. A new version will arrive in October with the release of Dracula Untold. While other movies have detailed Dracula’s existence as a bloodthirsty monster, Dracula Untold peers back into the history of the man, Vlad the Impaler, that came before the monster. It’s trailer time!

-Luke Evans will kick ass and take names. He’s been a pleasant addition to the cast of The Hobbit flicks, but he’s certainly “leading man” material.

-Upon Googling the song in this trailer, I was surprised to see that it’s Lorde’s cover of “Everybody Wants to Rule the World.” A quick Wikipedia check shows that this song was already used on the Hunger Games: Catching Fire soundtrack as well as the trailer for Assassin’s Creed: Unity. Huh. Well I’m behind the musical eight ball on this one.

-As cool as it is to see Charles Dance as the immortal vampire-thing living in the mountains of Eastern Europe, is anyone else disappointed that the origin of Dracula is merely that he drinks the blood of some cooler, older vampire? I assume there’s a bit more to it than that, but COME ON. You can do better.

-More epic war scenes are necessary if I’m going to enjoy this movie to the fullest. It already has some sexy time, sword-swinging, bat-transforming, and immense landscapes. Oh who am I kidding, I’m pretty much guaranteed to see this when it comes out.

What do you think of the trailer? Are you excited for this different take on the legend? Let us know! 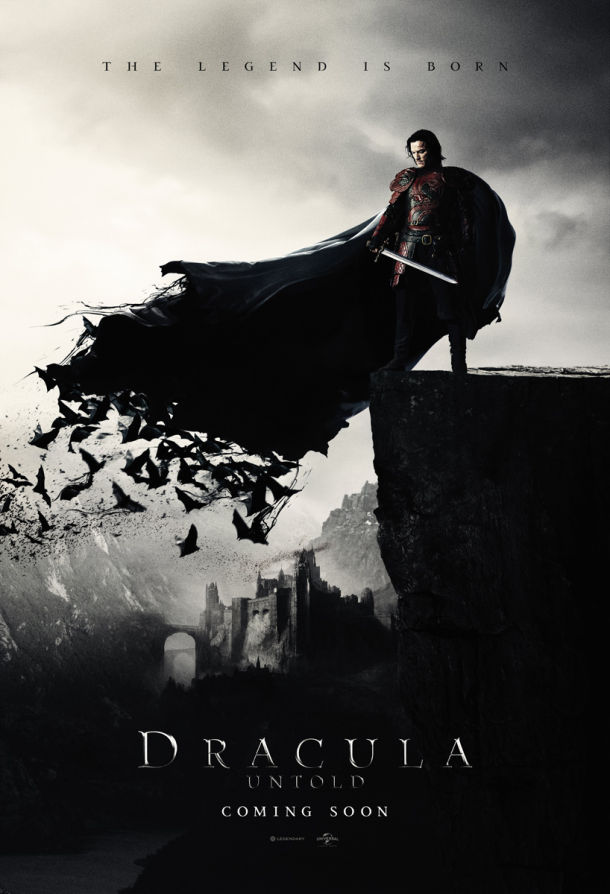